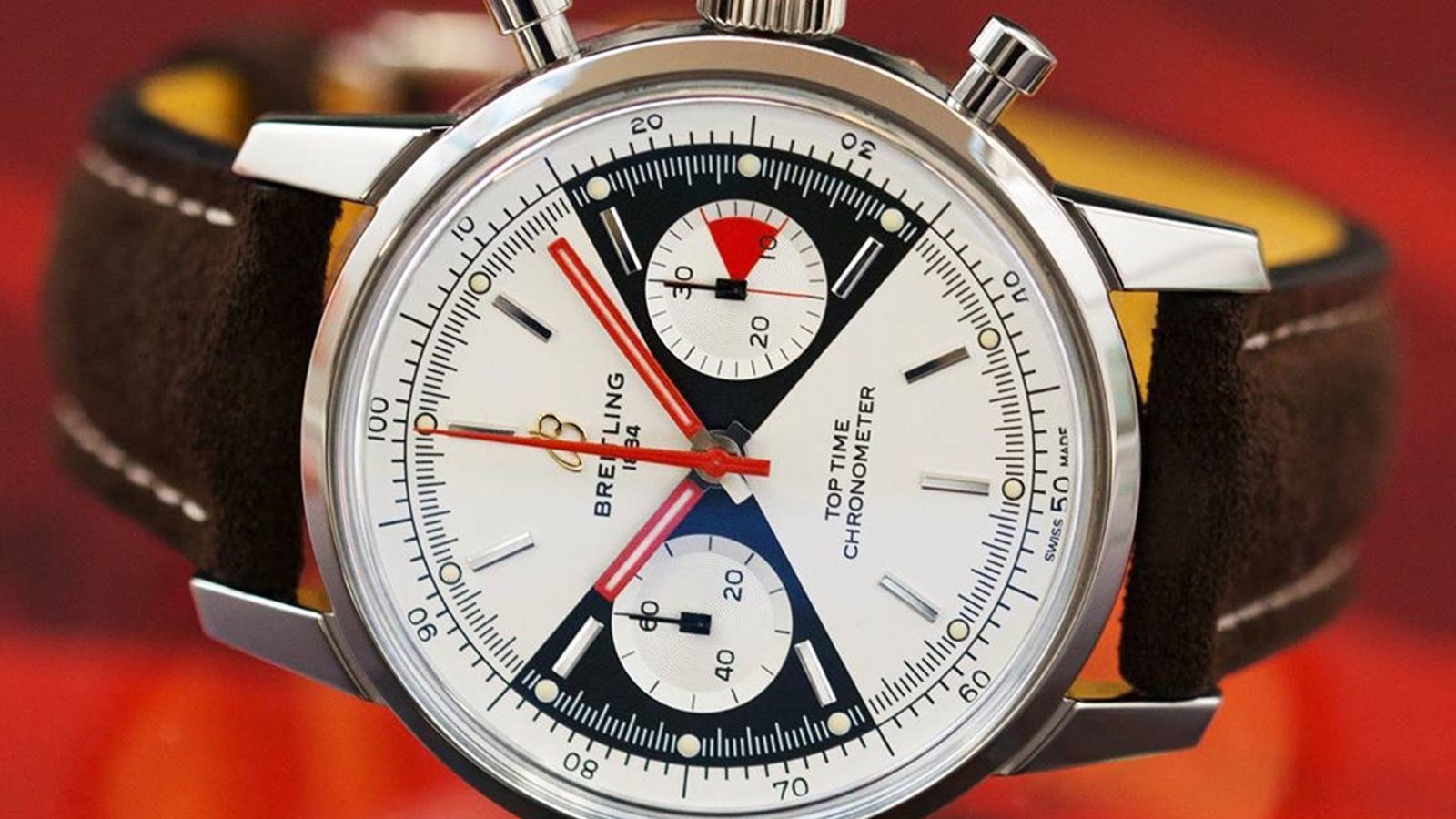 Tease your inner 007— and embrace the more timelessly elegant end of the 60s style spectrum — with the Breitling Top Time Limited Edition. This premium timepiece, only 2,000 of which have been issued, nods to the original Top Time chronograph by the luxury Swiss watchmaker. How cool was that sports watch? Well, try this one on for size: Sean Connery sported it in the 1965 James Bond flick Thunderball, although in point of fact that Q-issued model incorporated a Geiger counter which is not, apparently, incorporated into this 2020 version.

So maybe you won’t be gauging radiation levels with this beauty, but who cares? The ‘60s Top Time was aimed at young and modish professionals, and the new, modernized release by Breitling exudes a similar, albeit updated, vibe. The stainless-steel case frames the iconic black-and-white watch face coveted among watch collectors — the Zorro dial. The appeal is just as eye-catching today as when Connery wore Bond’s mantle. There’s 21st-century technology at play here, too: The Breitling Top Time Limited Edition claims a blockchain-facilitated digital passport guaranteeing the authenticity and certifying ownership.