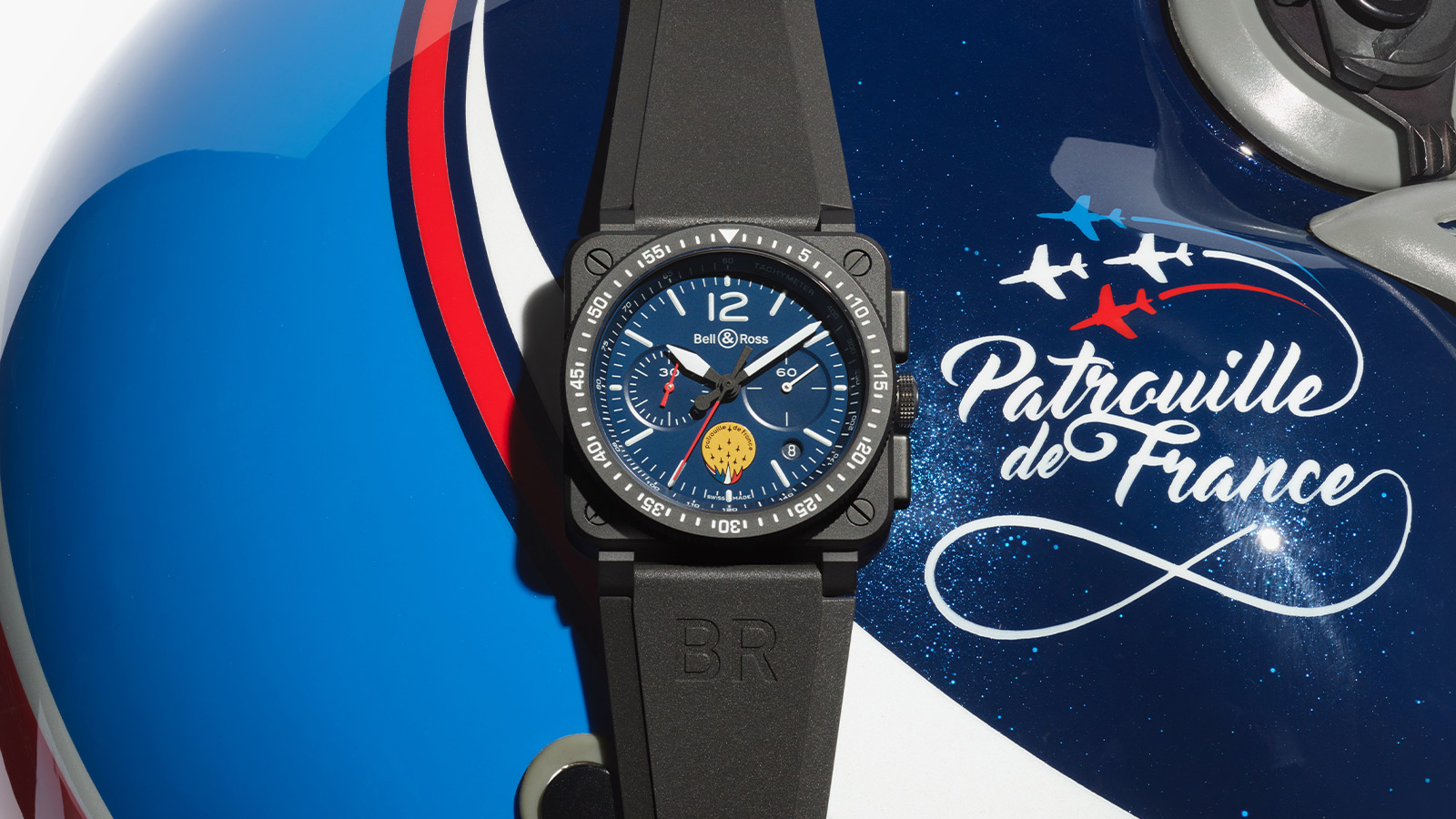 Founded in 1992, Bell & Ross has always been involved in anything related to aviation and military requests, with a collection of instrument watches answering the needs of special forces, diving commandos, air forces, and all kinds of pilots (military or civilian). The early Bell & Ross watches were not just design statements, as they were intended to be worn out in the field. Bell & Ross still provides watches to multiple squadrons and elite forces. The brand’s latest, the BR 03-94 Patrouille de France, was created for France’s world-famous precision aerobatics demonstration unit. The unit’s mission is to perform aerial displays consisting of precision aerobatics – for instance, the Patrouille de France traditionally opens the Bastille Day military parade in Paris.

The new Bell & Ross 03-94 is the result of collaboration between B&R and the pilots who expressed their operational needs. As a result, the watch looks rather different from all the others in the BR 03-94 family due to multiple special features added to make this watch adapted to the Patrouille de France. Bell & Ross actually created two watches that are visually identical but not powered by the same movement. The Bell & Ross BR 03-94 Patrouille de France that is actually worn by the pilots in the cockpit during the demonstration flights will not be automatic, but a quartz model – which is known for its even better accuracy, a specific demand of the team. This quartz model will be made in 100 pieces only. The second watch, limited to 500 pieces, has an automatic movement (caliber BR-CAL.301) and has been designed specifically for a broader audience, which is entirely the same as the first watch with the exception of the movement.

The Bell & Ross BR 03-94 Patrouille de France measures 42mm x 42mm, with the typical “circle within a square” case, defined by its combination of geometric shapes and screws at each corner. The right side of the case classically houses the crown and the pushers. At the request of the pilots, the case is crafted from black ceramic, known for its lightness and resistance, and has been treated in matte to avoid reflection during flights.

The main update and most noticeable element in this Bell & Ross BR 03-94 Patrouille de France is its dial, which relies on the aerobatics demonstration unit’s color codes and emblem. The dial is matte dark blue, to create contrast with the white markings and to avoid reflections. The hands, typical of B&R’s production, are largely covered in Super-LumiNova as are the hour markers and the large 12 o’clock numeral. As requested by the team, the watch is equipped with a chronograph function, with all indications pointed by red-colored hands. This function will help them when needing synchronization and the tachymeter scale on the inner flange allows for the calculation of average speeds. And of course, there’s the logo of the Patrouille de France proudly printed at 6 o’clock, a gold emblem with nine jet silhouettes, and the tricolor banner as a symbol for France.

For another recent release by Bell & Ross, check out the Bell & Ross Alpine F1 Team Collection. 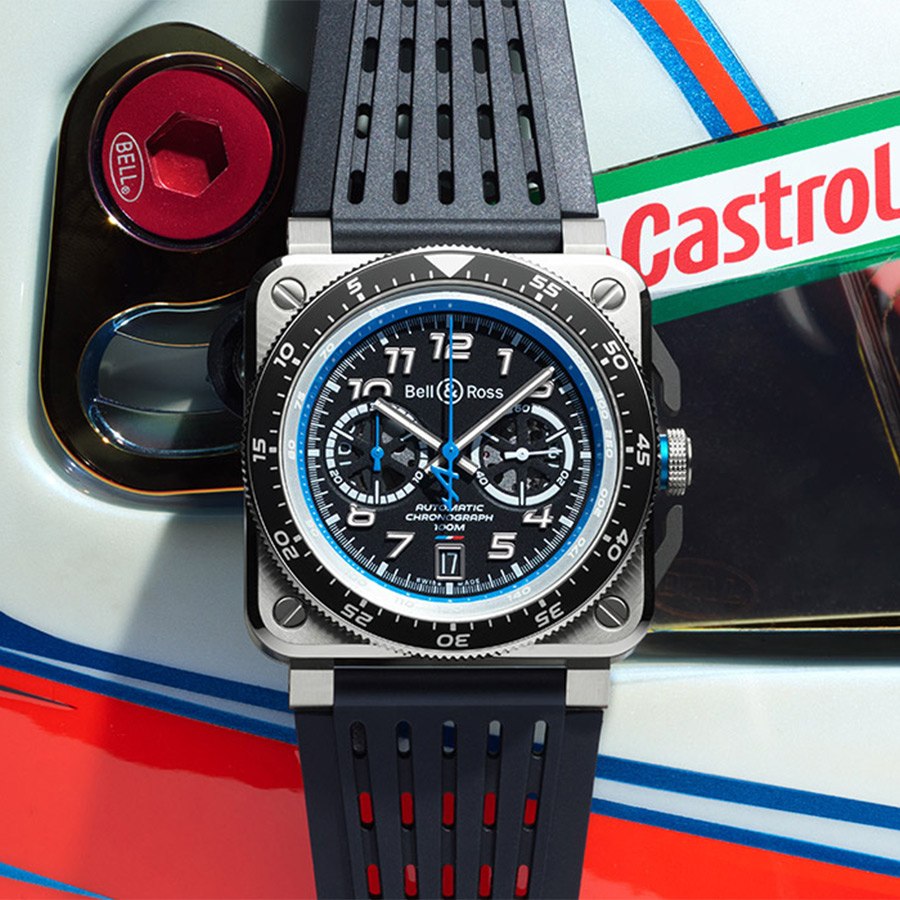