Bonhams is gearing up for The Bonmont Sale in Cheserex, Switzerland later this month. Among the cars prepared to roll across the auction block is this 2009 Mercedes-Benz CLK 63 AMG Black, one of only 500 examples built between 2007 to 2009. This AMG-tuned Mercedes-Benz coupe sets the track ablaze using a 6.2-liter V8, producing 500-horsepower and 465 lb.-ft of torque. Added features include 19-inch wheels, a carbon-fiber spoiler, a diffuser, wider wheel arches, and a manually adjustable suspension.

Besides being a limited-production high-performance model, this CLK 63 AMG Black was first owned by professional tennis star Roger Federer. He ordered the AMG Black in 2009, the same year Federer would go on to win his first French Open Championship. Federer would finish the season at number one in the world, for the fifth time. According to Bonhams, the car was sold in early 2010 and is still registered in Switzerland. The AMG’s condition is described as impeccable by the vendor, with only 2,500 miles showing on its odometer. A car this fast and luxurious should have more miles than that. Let’s hope its next owner will give it more exercise. The 2009 Mercedes-Benz CLK 63 AMG Black will be auctioned by Bonhams on June 20th.

For more on Mercedes-Benz, check out the 2001 SLK AMG. 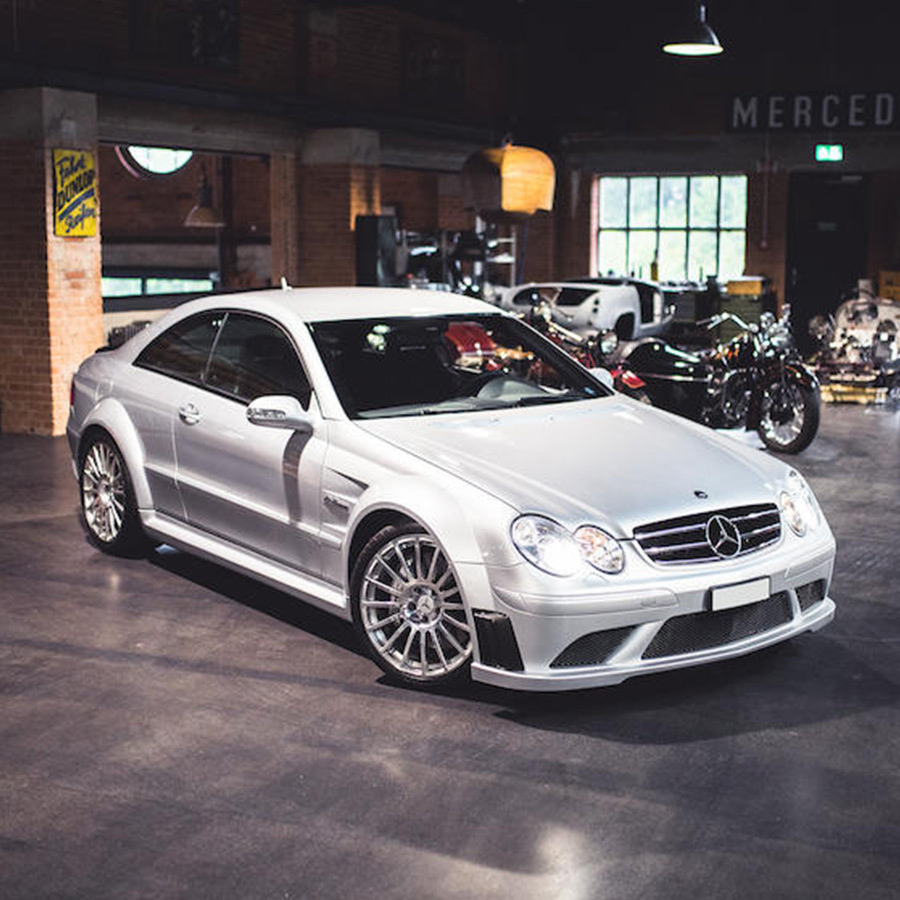