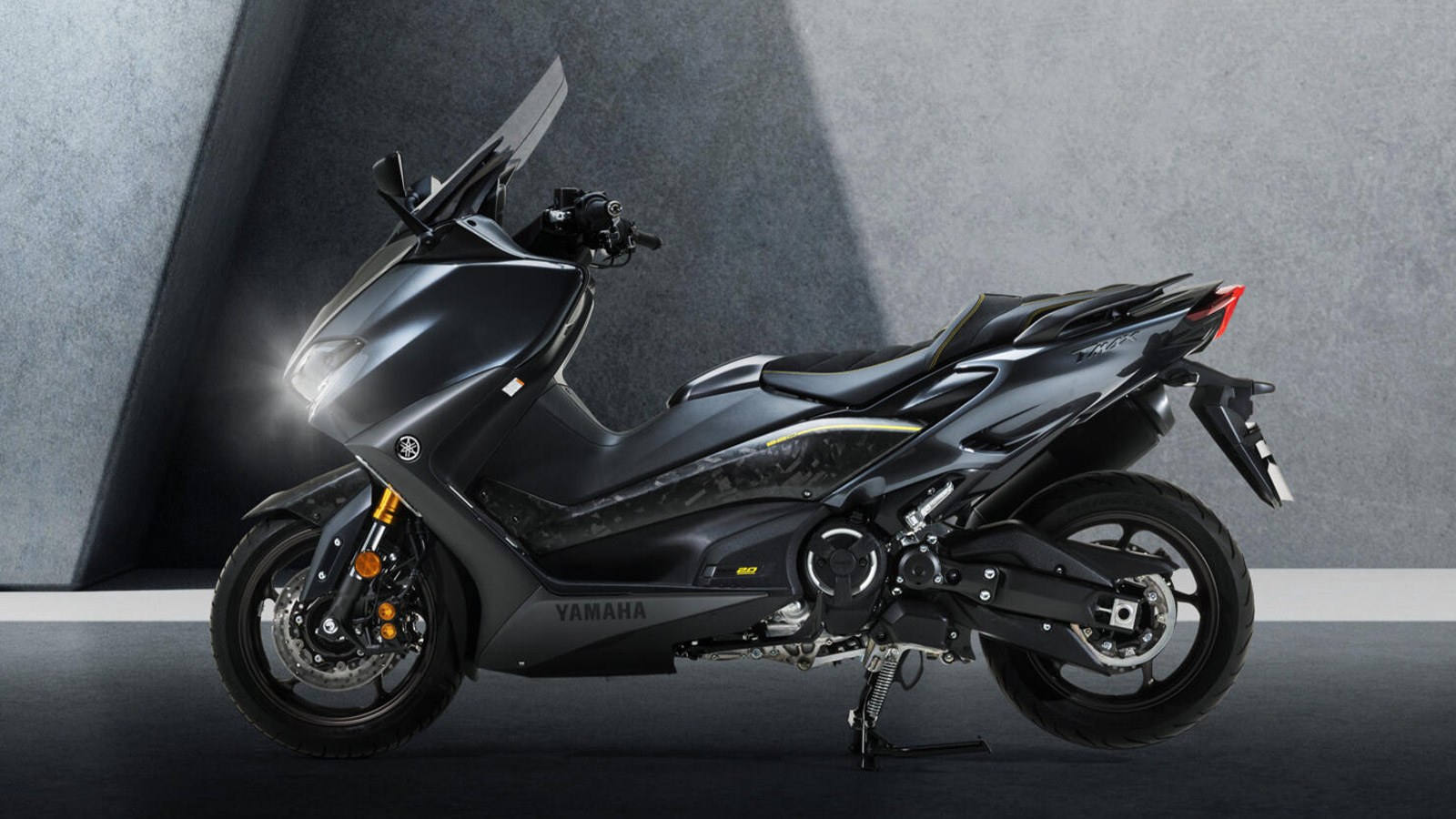 Yamaha Motors has released a new special edition to celebrate several decades of success for its TMAX sports scooter. The Yamaha TMAX 20th Anniversary Carbon Edition is designed to be faster, lighter, and more exclusive than every TMAX before it. The Yamaha TMAX was introduced in Europe in the far-off era of 2001. Over the last two decades, Yamaha engineers have tinkered with the TMAX to improve it, and the Carbon Edition is meant to be the ultimate result.

Starting with the engine, the Yamaha TMAX Carbon Edition uses a 560cc EURO5 two-cylinder engine producing nearly 47 horsepower and 41 lb.-ft of torque. The engine is tuned to deliver a smooth stream of power with low-end torque for better acceleration. Only 560 TMAX 20th Anniversary Carbon Edition sport scooters will be built, and each one is wearing Tech Graphite paint with matching bronze wheels. Adding to the exclusivity is the Carbon Edition’s “boomerang” body panels made from forged carbon. The TMAX motorcycle-type aluminum chassis allows for dynamic handling and control at speed, one of the leading factors to its popularity.

If you liked this, you should check out the Malle Moto Pannier-X, Motorcycle Luggage. 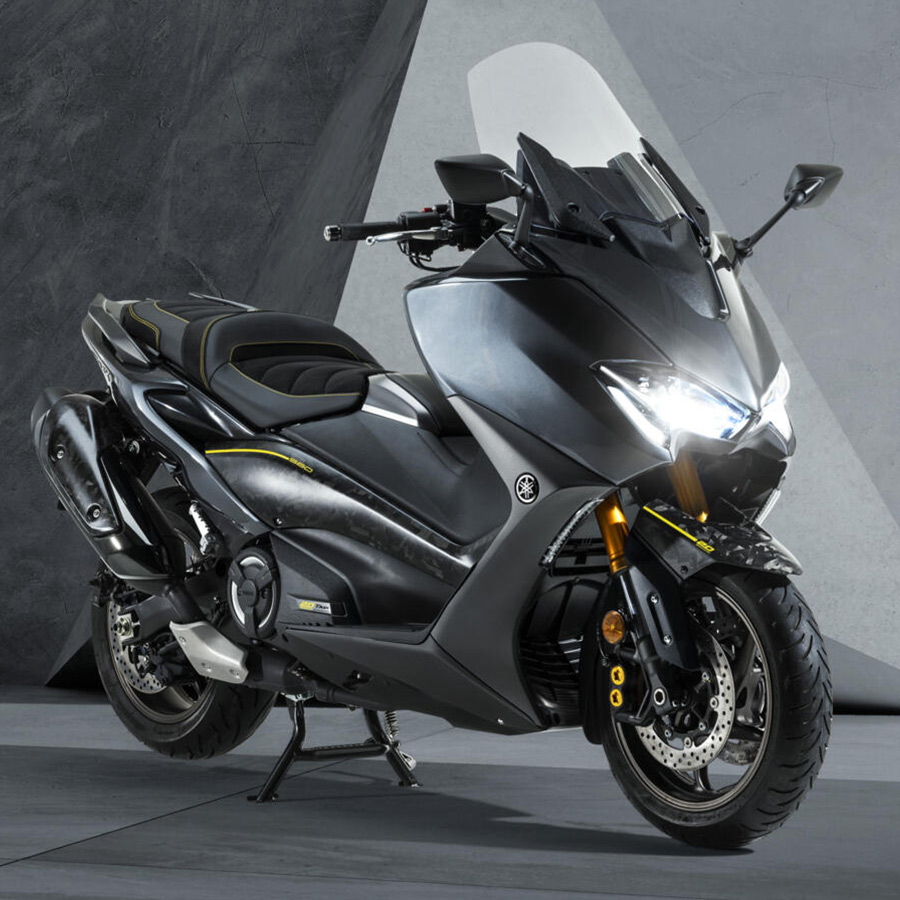