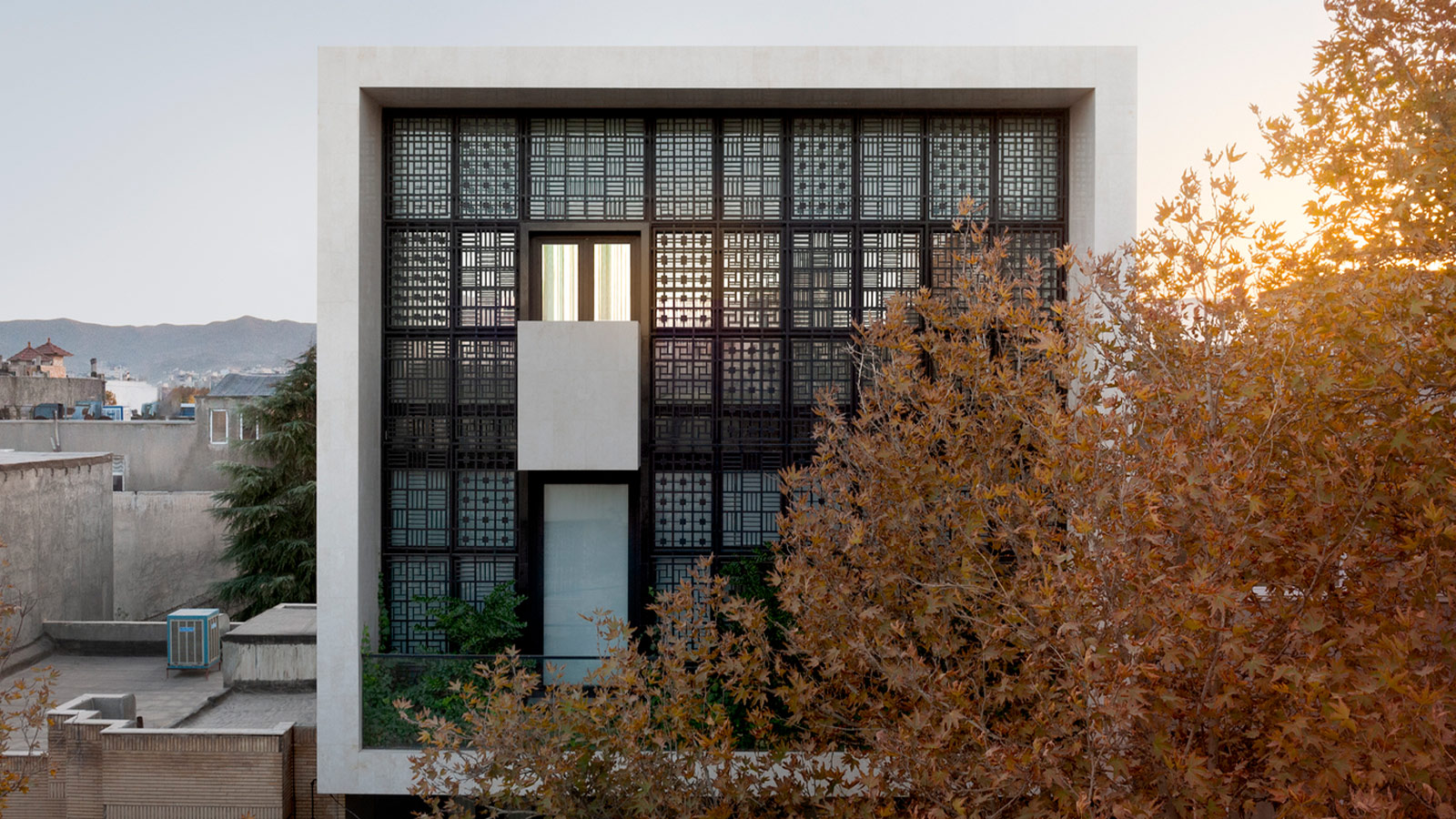 Located within the urban confines of Mashhad, Iran, the country’s second-largest city, we find Window House by FARATARH Architectural Studio. The architectural studio specializes in designing and building residential spaces in cities throughout Iran, making the challenge of building a home on a 2,700 square foot plot of land surrounded by other residences relatively easy to accomplish. Wanting a home that was both functional for the client’s needs and also one that offered privacy, were the main requirements in designing Window House.

On the exterior of the home, the most compelling feature — the windows — is what defines this structure. The architects decided to reinterpret the traditional Iranian Orosi window, a type of sash window with latticed woodwork and glass typically used to help reduce sunlight and heat and repel insects in the country’s hot climate. These windows employ a more modern geometry in their design, allowing light into the interior spaces while maintaining privacy.

Window House draws upon Extrovert Iranian Architecture, which is characterized by an open spatial layout. Extrovert spatial organizations are in two prevalent forms, either in the form of structures with yards or those without. As Window House falls into the latter category, the balcony located on the second floor is an important multifunctional space of the house, especially in the absence of a yard. It not only plays a communicative role, mediating between the closed and open spaces, but it also acts as a major space for the house, where various daily activities might occur in most seasons.

For more on fascinating architecture, check out Tranquil Abiding Retreat.