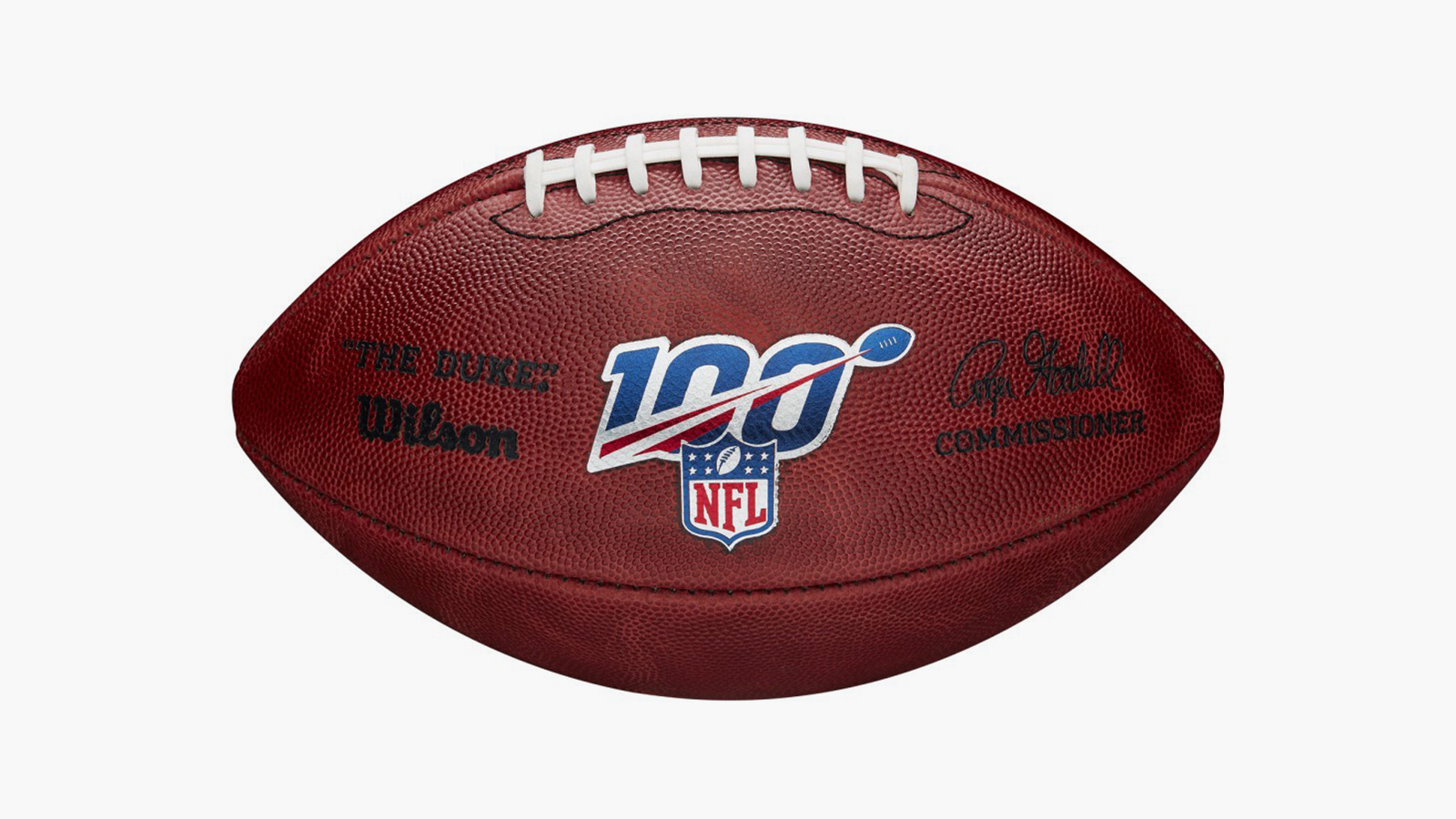 If you’re ready for some football than you’re in luck. You can bring the authentic gridiron experience into your home thanks to the Wilson NFL 100 Duke Football. Since 1941, the Ohio-based sporting goods company has been the NFL’s official supplier of on-field balls. With the league celebrating its centennial, Wilson gives fans the chance to own the official ball for the upcoming 2019/2020 season.
In its illustrious history, the NFL has seen the sport evolve through the years. The game played when Wilson first started its partnership with the league seems like a world away. From those days of leather helmets to the current era of high octane offense, Wilson’s partnership with the NFL has been the one seemingly unwavering aspect of the league. That tradition continues with this 100% Horween leather football entirely handcrafted in the United States. Wilson’s trademark emblem graces the surface of the pigskin along with a special edition NFL 100 Logo along with the signature of the league’s commissioner, Roger Goodell. It’s also emblazoned with “The Duke” moniker that has cemented itself into the vernacular of league’s most diehard fans. The ball can also be scanned with the Wilson Live App to provide fans with exclusive content, promotions, prices, and insider access commemorating the league’s 100th season, culminating with Super LIV in Miami on February 2, 2020.

Sorry, no articles matched your criteria.