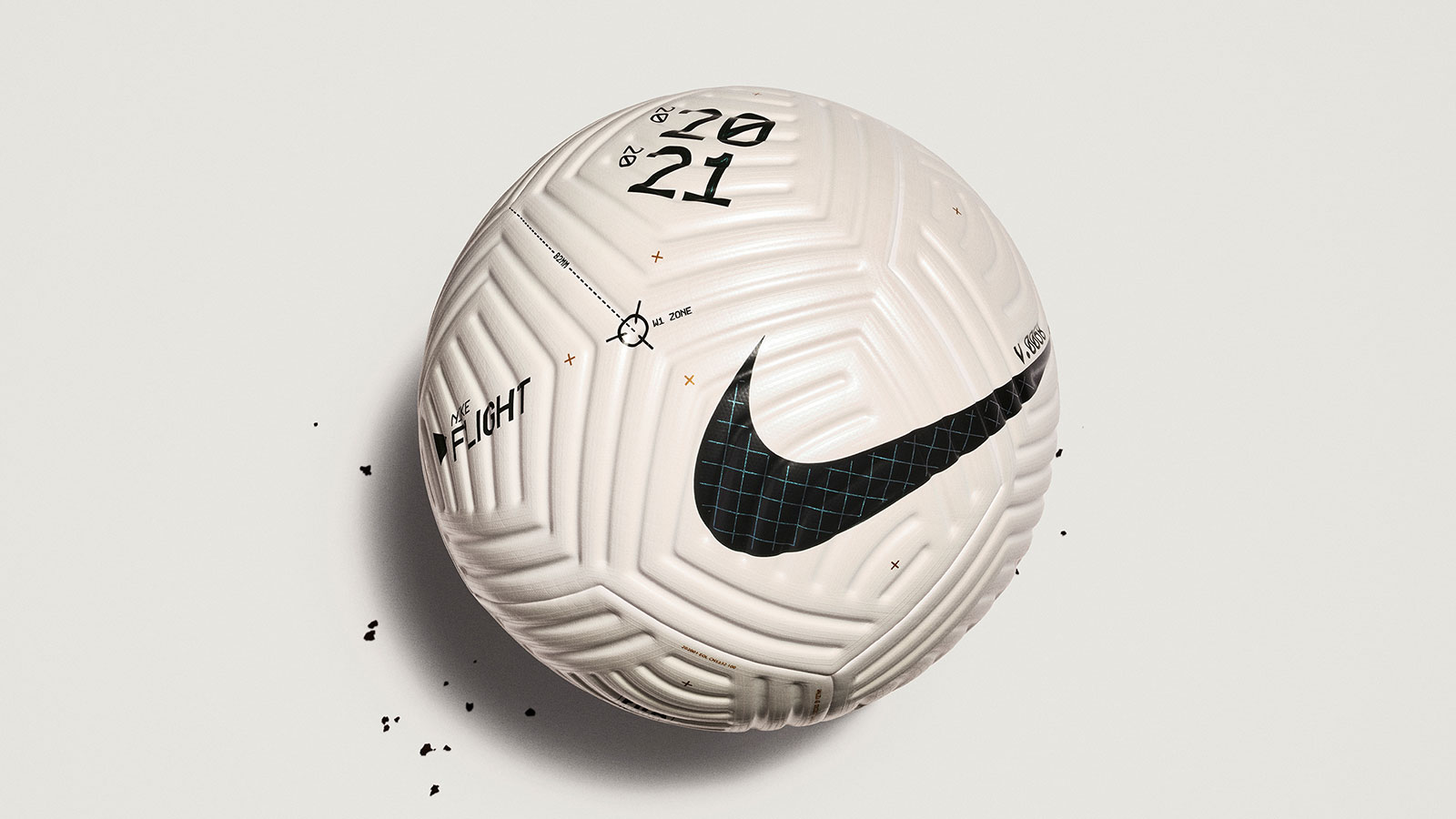 Take to the pitch knowing you’re ready to perform like a pro. The Nike Flight Ball was just announced as the official game ball for the Premier League’s 2020/21 season, replacing the Merlin used during the last campaign. The Flight Ball is made using the same Aerowsculpt technology as the Merlin, but the enhanced grooves of its revamped design ensure that the ball stays truer to its path, whether it’s launched from the left wing for a cross into the box or bent over the wall for a free-kick that is sure to be a shot on goal.

The Flight Ball fuses together 4 panels to reduce the number of seams used on previous 12-panel designs. The design was perfected after thousands of hours of research and field testing that used feedback from over 800 soccer players. The molded grooves of the 3D-printed panels are sure to take players’ games to the next level, from Sunday rec leagues to the battle for the Premier League title.

Sorry, no articles matched your criteria.