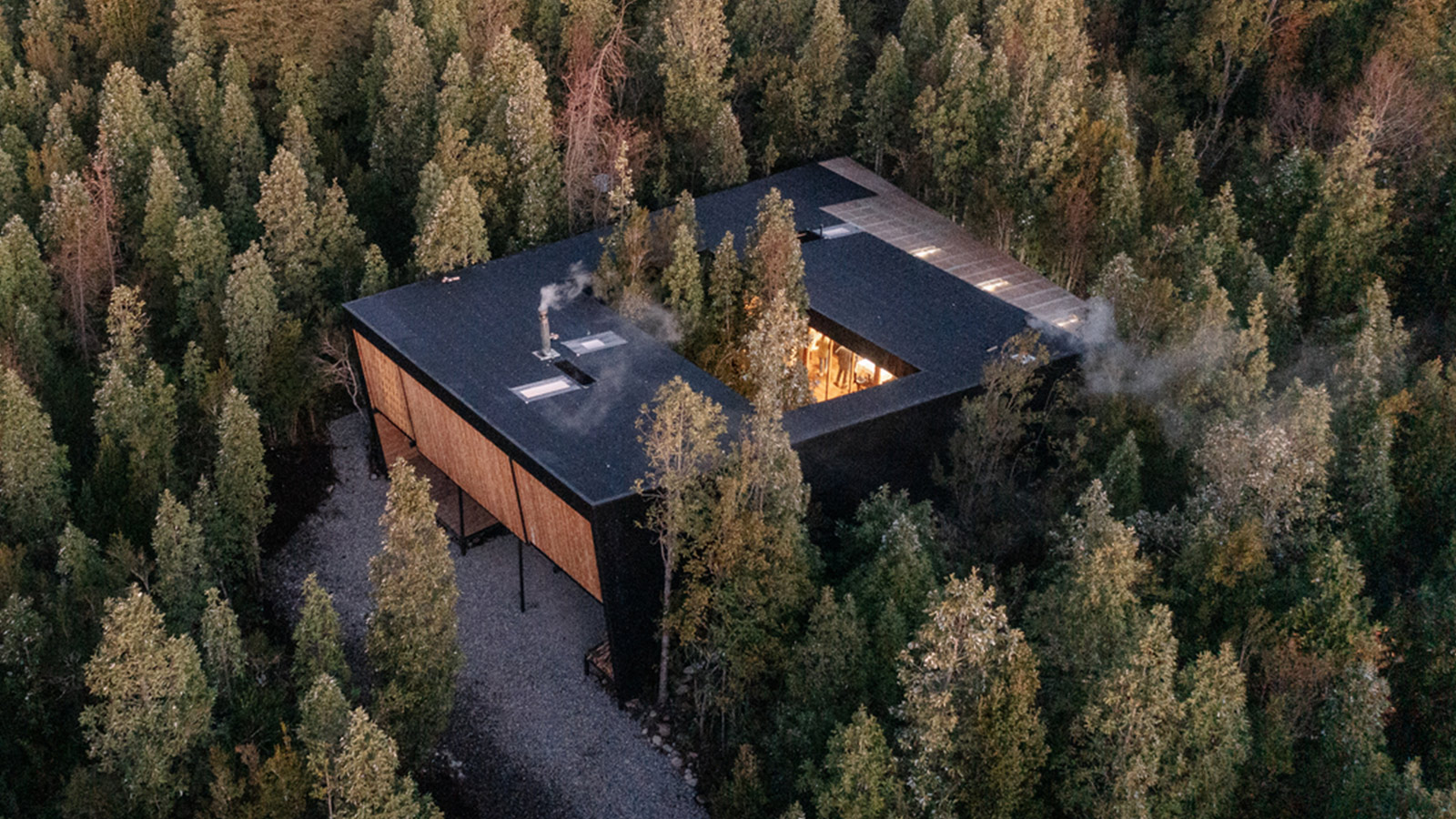 In late 2021, architect Lucas Maino Fernandez completed Un Patio House for his clients in Molco, Chile. The location of the house is notable in that it is situated at the foot of the northern slopes of the Villarrica volcano, between the mountain range and the lake of the same name – a very difficult location to access due to the dense vegetation. This dense vegetation contains native plant species that required protection. To address this concern, Fernandez proposed to create an interior void in the structure with the purpose of preserving a portion of the forest by integrating it into the house itself.

Fernandez notes that the central concepts for Un Patio House were established based on the contrast between the built space and nature – the words “amid” and “continuity” are key. The common areas of the house (living room, dining room, and kitchen) are located between the interior and the exterior forest. According to the architect, “the perimeter transparency of these spaces generates continuity with the outer forest.” The interior void, or patio, serves yet another very important purpose: it provides light and heat to the home in contrast to the lush, dark, and cool environment of the surrounding forest. As a result, sunlight and air, provided by the central patio, provides light and circulation to the common areas of the house.

The access to the 2,400 foot² house is located on the north facade which rises over 10-feet, protruding from the treetops, allowing it to capture northern light. The south facade opens through a large window, which connects the forest with the interior of the living room, dining room, and kitchen. The west facade is blind and is the back of the staircase that connects the first level with the second. Finally, the home’s access corridor is located at the east facade and is largely glazed, allowing in the natural morning light and views of the forest.

For another architectural project, check out Greenary Residence, an Italian farmhouse that undergoes a unique transformation.