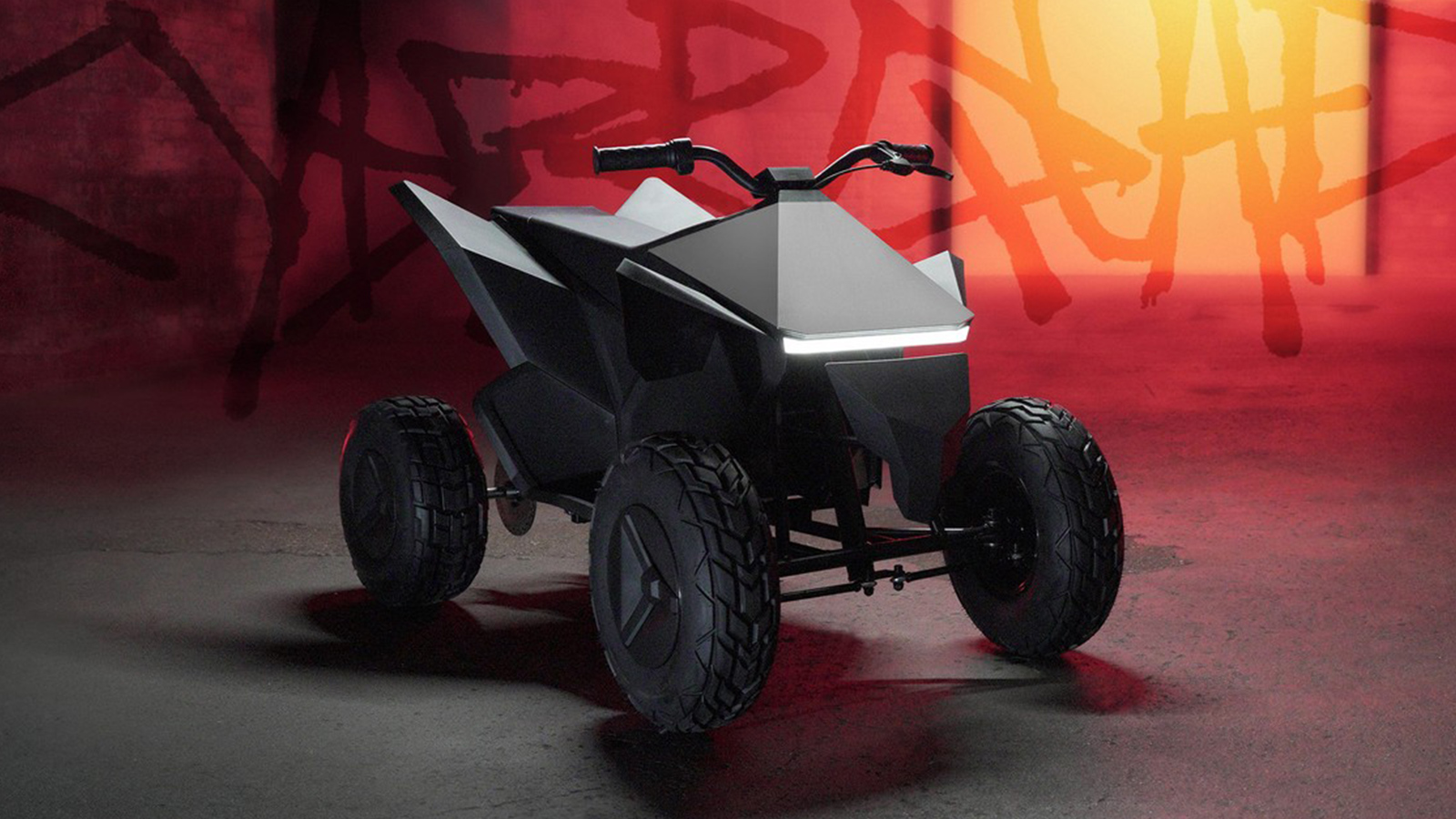 Remember when Tesla announced the Cybertruck in 2019? Well, it’s still not here, as it has been delayed until 2022. But the electric ATV Cyberquad that fits in the back of the Cybertruck has arrived in time for the holiday season. Radio Flyer markets the Tesla Cyberquad for children ages eight and up. The Cyberquad’s appearance looks smaller than the unveiled concept model but does carry its cyberpunk aesthetic bodywork over a steel frame. Standard equipment on the Cyberquad includes an LED light bar, cushioned seat, adjustable suspension, and rear disc brakes.

Powering the Tesla Cyberquad is a removable 36V lithium-ion battery pack that takes five hours to charge fully. Setting configurations can set the top speed for the four-wheeled bike to 5 or 10 mph. Nevertheless, Tesla and Radio Flyer state that this electric ATV has a range of 15 miles. Unfortunately, at this time, Tesla’s website shows the Cyberquad is out of stock.

For more Tesla news, check out the Tesla Cyberwhistle.