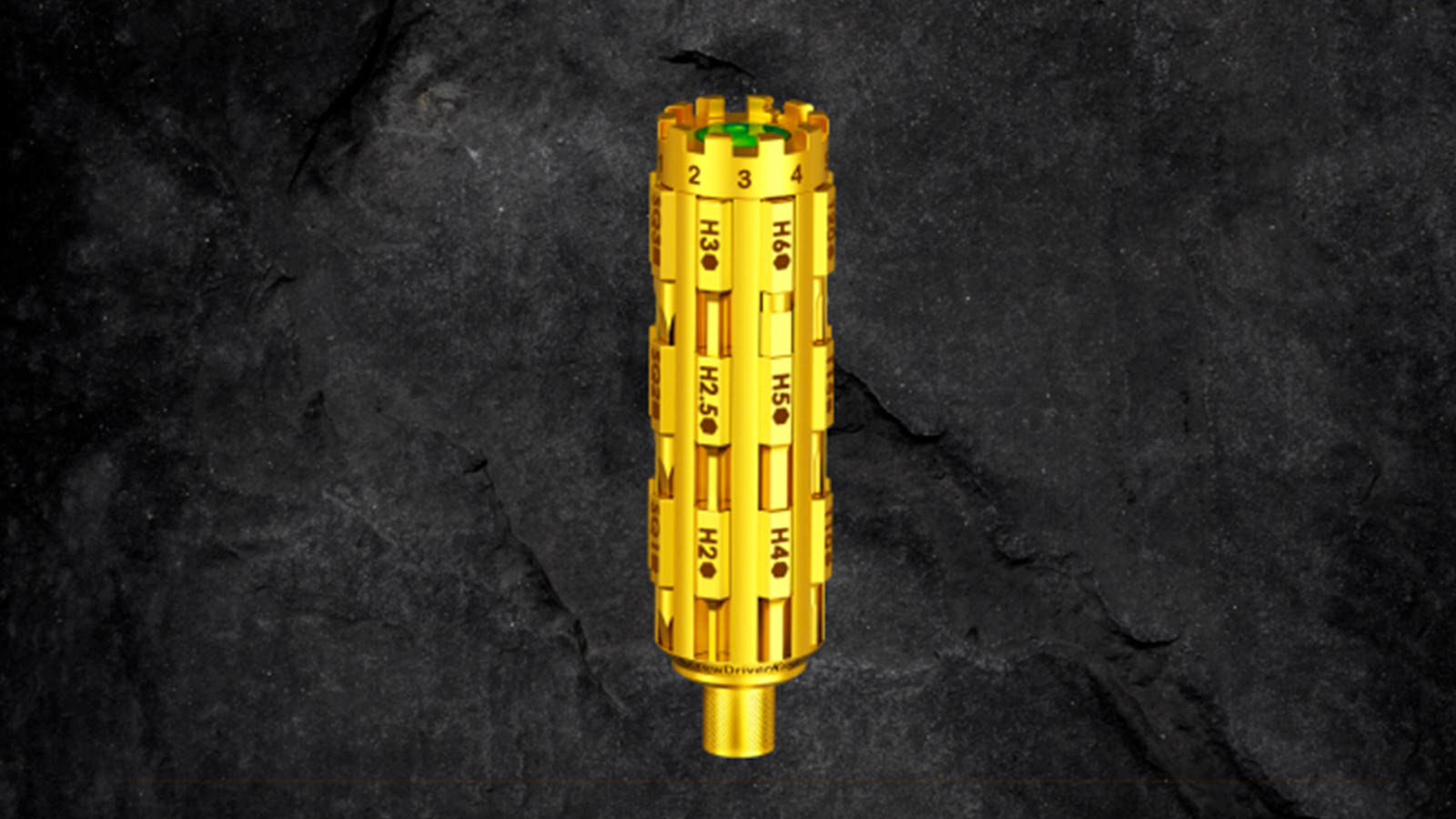 The ScrewDriverKing hasn’t even been released, and it’s already a smashing success. As of this writing, the crowdfunded tool is sitting at 721% of its $9,000 Kickstarter goal ($64,857 for the mathematically disinclined).

Chiseled Design’s gold-plated successor to the vaunted Distinct multitool doubles down on what made the original great: it’s cool to be able to whip this thing out and solve nearly any problem. The unit itself is only about the size of a small flashlight but elegantly slots its 24 included quarter-inch screw bits (ranging from H2 to T40) within exterior channels for easy sorting and review at project time.

Other thoughtful goodies include metric and imperial rulers, a spoke wrench cap for on-the-go bike fixes, a circular bubble level that helps cut back on stripped screws, and two rare-earth magnets for easy post-project cleanup. An optional extension adds more torque and functionality, while the included mini file is handy for quickly smoothing out rough edges.

Aspiring tinkerers can support ScrewDriverKing through the usual crowdfunding sites, including Kickstarter and Indiegogo, starting at $89 (prices vary per site). Sharing the campaign nets backers a free Hex-8 bit, but everyone gets a semi-gloss gift box to store their ScrewDriverKing whenever it’s not pocket-bound.

For more EDC news, check out the KeySmart Air.