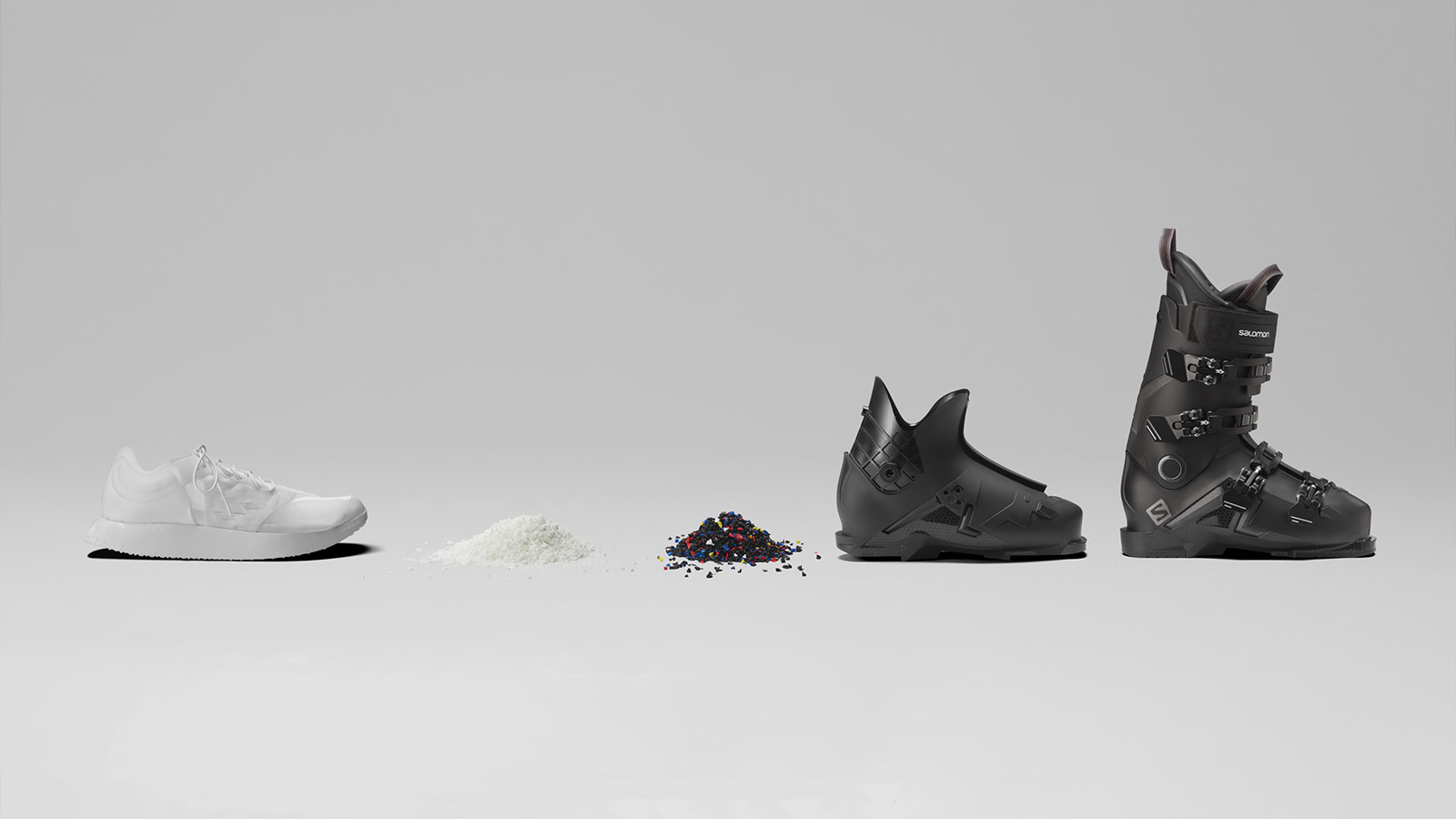 The vast majority of running shoes currently on the market are made up of some combination of polyester, cotton, and rubber. Unfortunately, those materials produce a considerable amount of waste. In fact, according to shoe manufacturer Salomon, 30% of the footwear industry’s environmental impact comes directly from the production of these materials, in addition to the glue used to assemble most shoes. Due to this, Salmon has announced plans to produce fully recyclable running shoes by 2021.
The Salomon Recyclable Running Shoe Concept serves as the archetype for the company’s vision of a quality running shoe that is made without creating any waste. While other companies are making some parts of their sneakers out of recycled materials, they don’t have the same standard of durability as Salomon’s. On top of that, the entirety of those sneakers isn’t constructed from recycled material either. Although those designs are a step in the right direction, they still result in a shoe that inevitably ends up in a landfill. The Salomon concept is designed so that it can be easily broken down and completely ground into small pieces that will then be re-used in the construction of new shoes. This purposeful design seeks to do more than re-imagine the running shoe, it seeks to reform the way the industry produces them.