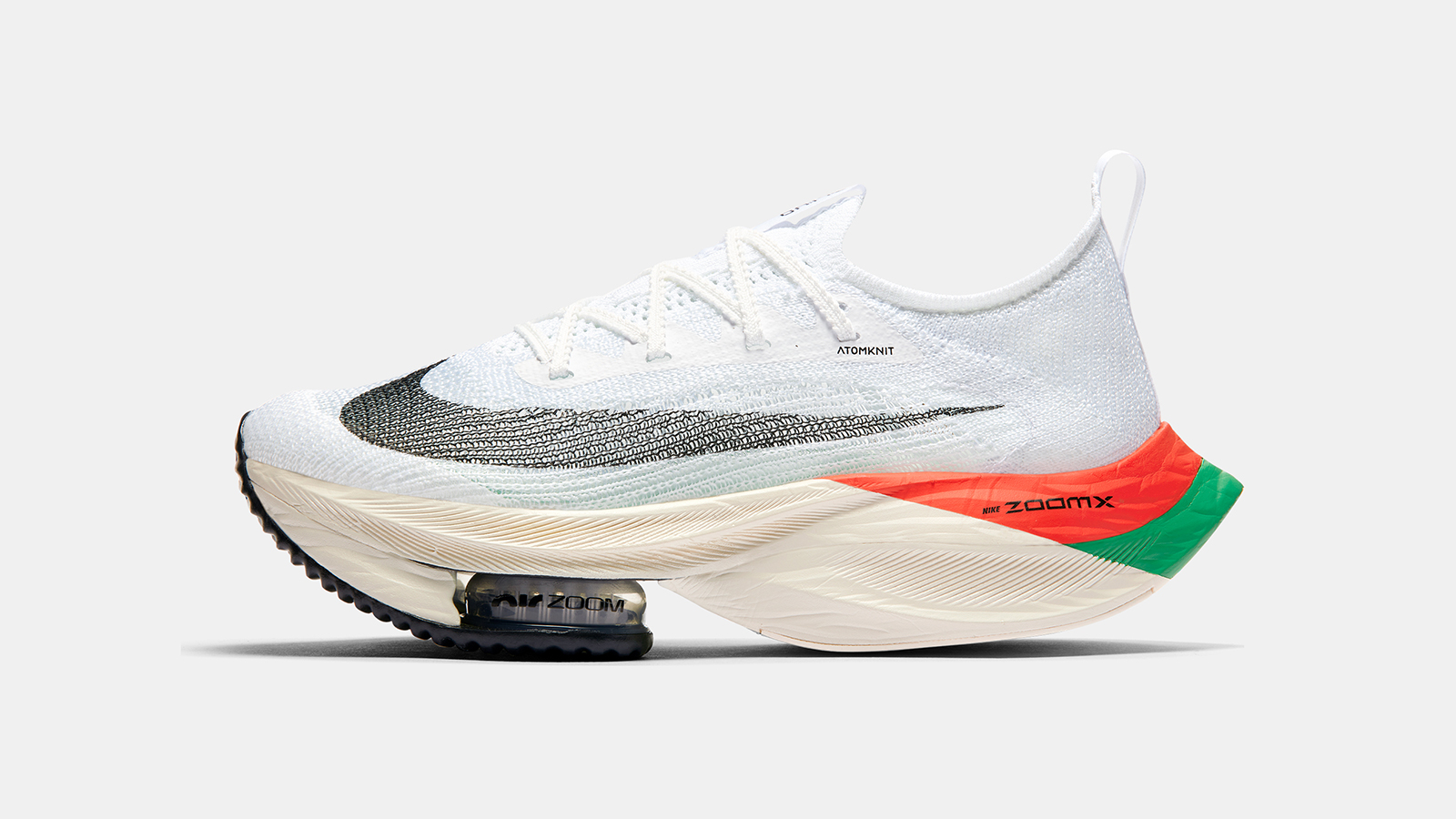 To commemorate Kenyan runner Eliud Kipchoge, one of the world’s most prolific modern athletes, Nike announced the release of the Nike Air Zoom Alphafly NEXT% Kenya, 1:59:40 & Mango. Inspired by Kipchoge’s four straight London Marathon wins, the release is timed to coincide with this year’s race.  Showcasing the colors of the Kenyan flag, this is a super exclusive sneaker, initially designed for only Nike Members within the UK who use the NRC App for purchase.

The three colorways will be released in commemorative “Kenya” and “1:59:40” makeups plus a bold “Mango.” From a performance standpoint, each mixes white Atomknit uppers, forefoot Zoom Air pucks and a full-length carbon fiber with a thick ZoomX foam midsole for ultimate speed and energy return. While Nike is releasing these shoes to a select global audience initially, they are expected to hit a wider audience later in 2021.