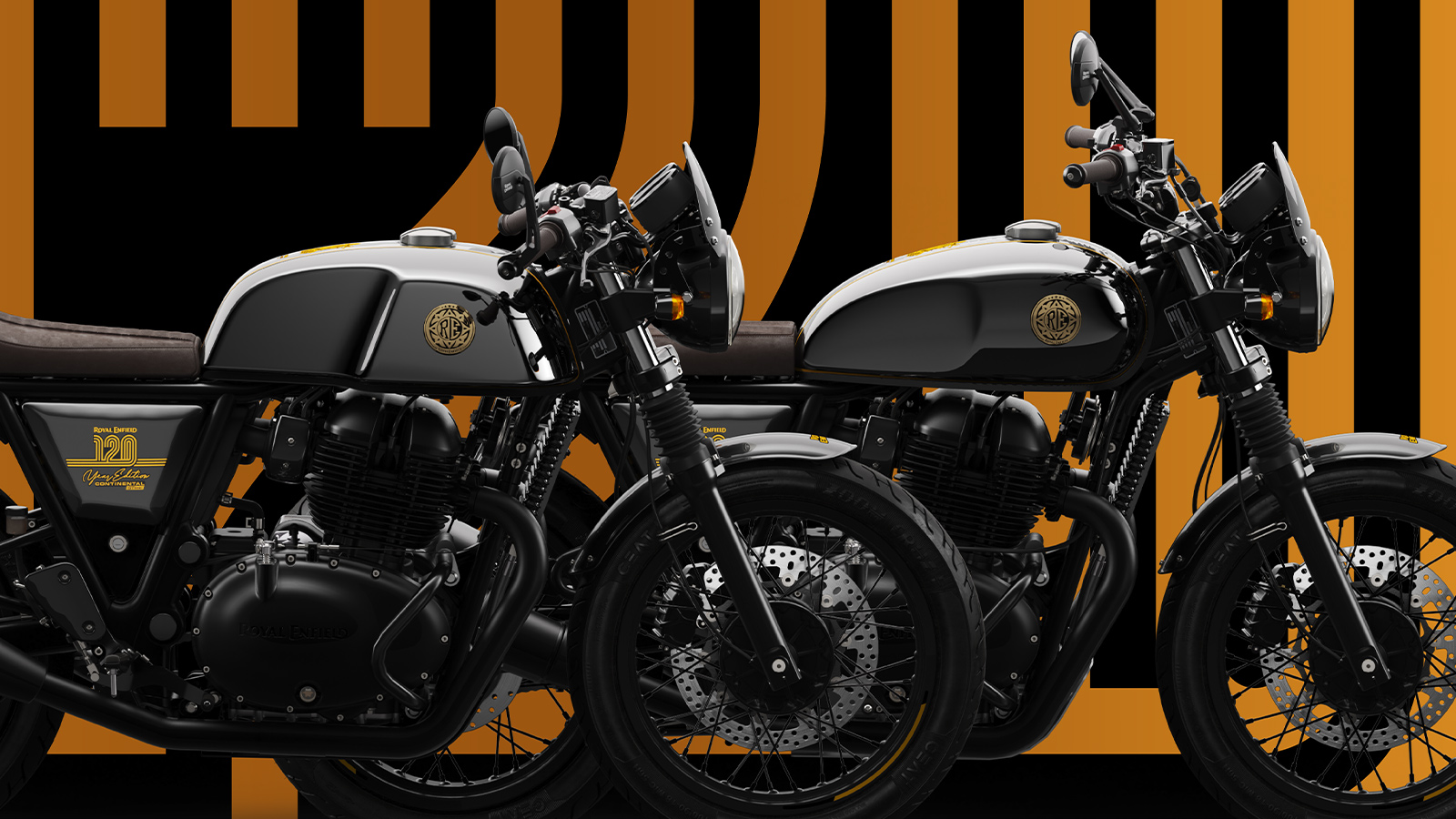 According to Royal Enfield, these special edition bikes are built using traditional methods in homage to its history. For example, the die-cast brass tank badge featured is handmade. Moreover, the gas tank is made from alternative sustainable trivalent chrome and then painted black for a unique “black chrome” finish. The dark mirrored tank sits on top of the bike’s tubular chassis, also painted black and dressed with gold accents—rich brown leather dresses the saddle and handlebars in contrast to the Royal Enfield Twins’ dark color scheme. Added accessories include engine guards, heel guards, and bar end mirrors painted black.

Powering the special edition Royal Enfield 120th Anniversary Twins is a blacked-out parallel-twin, four-stroke. This 638cc engine produces 47-hp and 38.4 lb.-ft of torque and is managed by a six-speed constant mesh transmission. In addition, the bike’s engine features a silencer for the first time in Royal Enfield’s history.

Those anxious to own one of the 120th-anniversary limited edition Royal Enfield Twins may need a bit of luck as well as money. Out of the 480 units, only 120 will be distributed to India, Europe, the Americas, and Southeast Asia. In addition, the 120 bikes are split between the Royal Enfield Continental GT 650 and Interceptor INT 650.