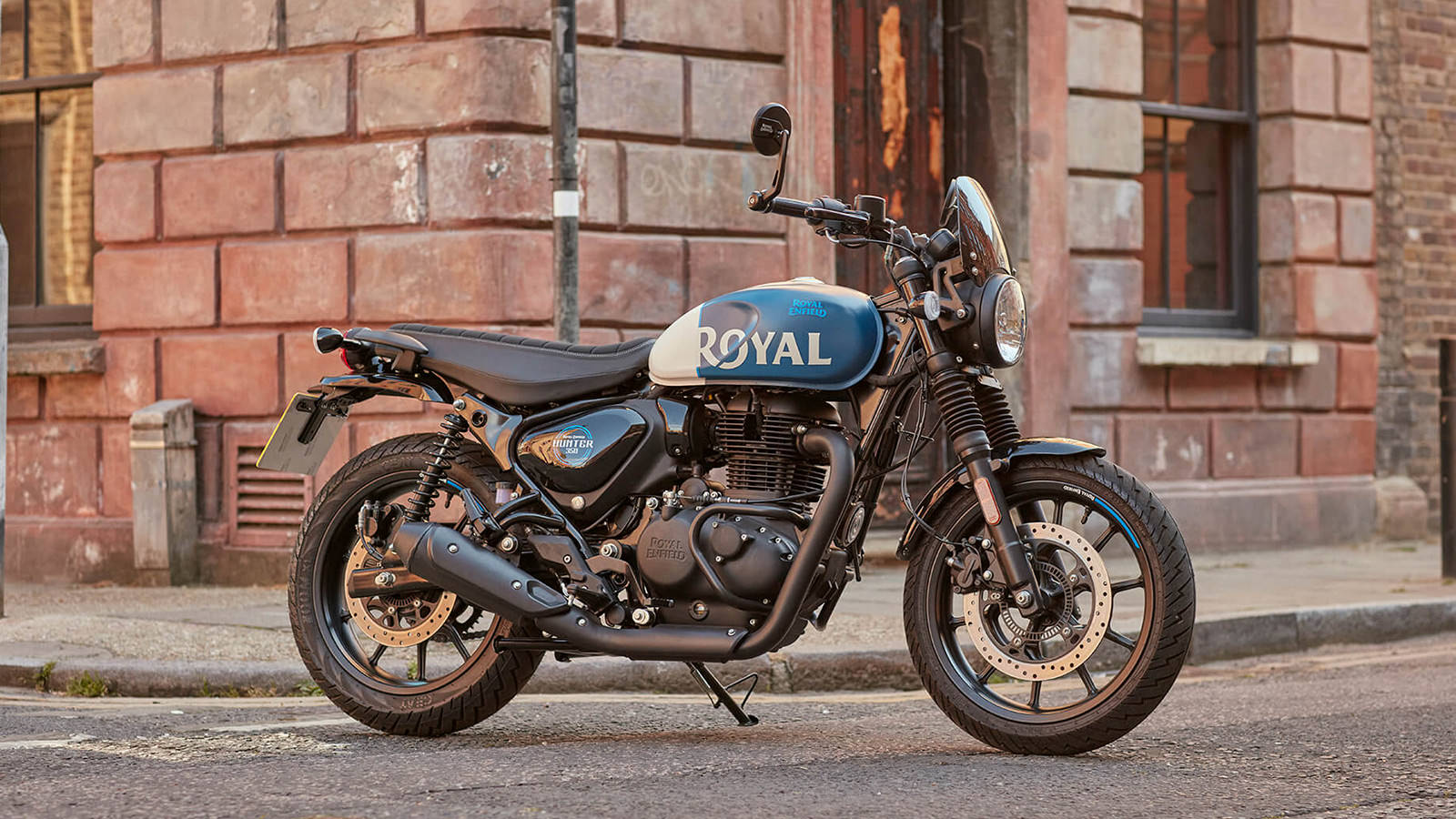 Riders looking for a retro-looking urban cruiser are in luck. Royal Enfield unveiled the Hunter 350 motorcycle joining the Meteor and Classic 350cc range later this year. Royal Enfield designed the Hunter 350 for the hustle and bustle of city commuting. The Royal Enfield Hunter 350 is built on a Harris Performance chassis, stands tall with an 800mm seat, and rides on 17-inch alloy wheels front and rear. Its engine is a single-cylinder four-stroke 350cc engine with 20 hp and 20 lb.-ft of torque.

The suspension consists of 41mm non-adjustable telescopic forks that offer 130mm travel at the front. Meanwhile, a pair of twin rear shocks provide a six-step preload adjustment. A 300mm fixed disc with a two-piston floating caliper at the front, and a 270mm disc with a single-piston caliper at the rear handle the braking. ABS is standard on the Hunter 350.

Riders read the instruments via digital/analog dash with a secondary, smaller screen placed to the right of the central hub. In addition, turn-by-turn navigation is available as an option. The Royal Enfield Hunter 350 makes its European debut at the Intermot Cologne in October, where pricing will be announced. Expect to see it at UK dealers by November in six available color options.

In other motorcycle news, check out the Energica Experia adventurer tourer. 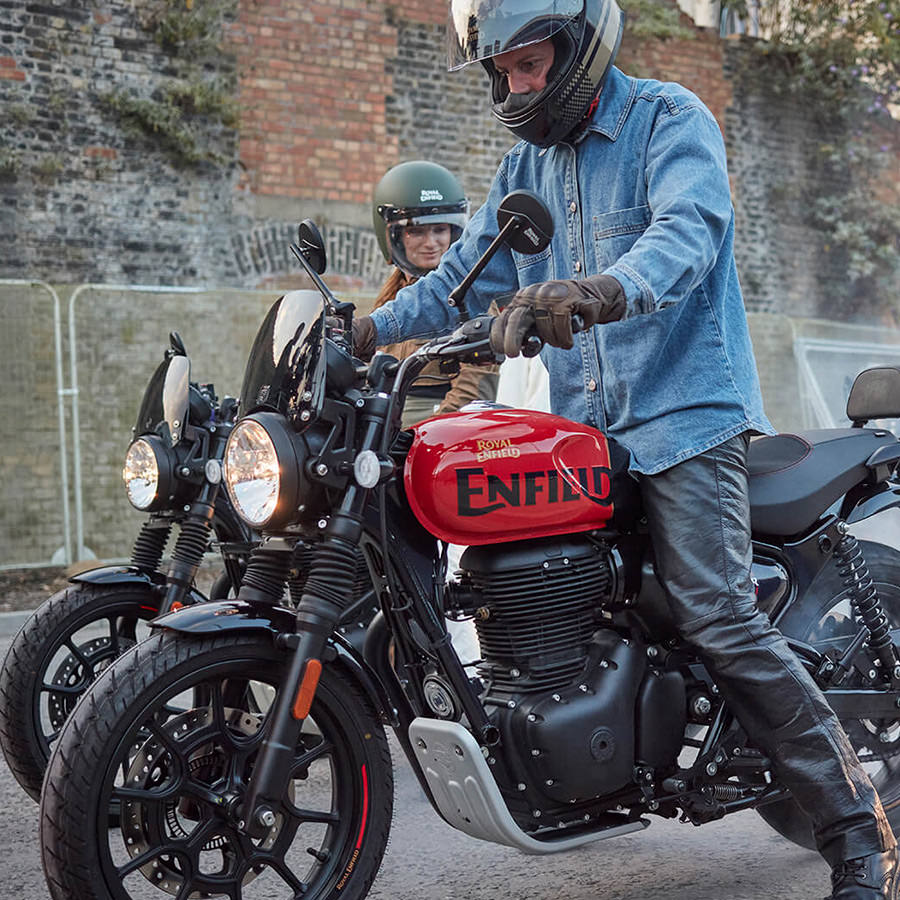