To celebrate the 70th anniversary of the Luminor timepiece, Panerai has added the Panerai Luminor Marina Platinumtech to its collection. Panerai was founded in 1860 by Giovanni Panerai who created watches for frogmen commandos of the Royal Italian Navy. Since that time, the brand has developed a cult following, particularly among Hollywood actors, some of whom portray superheroes. Using Platinumtech in this watch, Panerai has opted for one of the most expensive materials in traditional watchmaking, one so precious it is usually reserved for elegant dress watches. The “tech” part in the Platinumtech Luminor Marina is the proprietary alloy developed to maintain platinum’s deep luster while making it harder and significantly more resistant to scratching than traditional platinum.

The Panerai Luminor Marina Platinumtech has a three-day power reserve thanks to its Panerai automatic caliber P.9010. The case, measuring 44 mm in diameter and 13.4 mm thick, uses the Platinumtech material for just about every element, from the bezel to the casebody, to the 12-sided screwed caseback, to the patented bridge device with its crown-locking lever. Water-resistant to 50 meters, the olive green dial layout makes the Panerai Luminor Marina Platiumtech stand out among the rest of the Luminor collection. As with most Panerai timepieces, the Luminor Marina will be produced in a limited edition — with only 70 units to be sold.

In more watch news, be sure to check out the Hermès Slim d’Hermès Quantième Perpétuel Titanium. 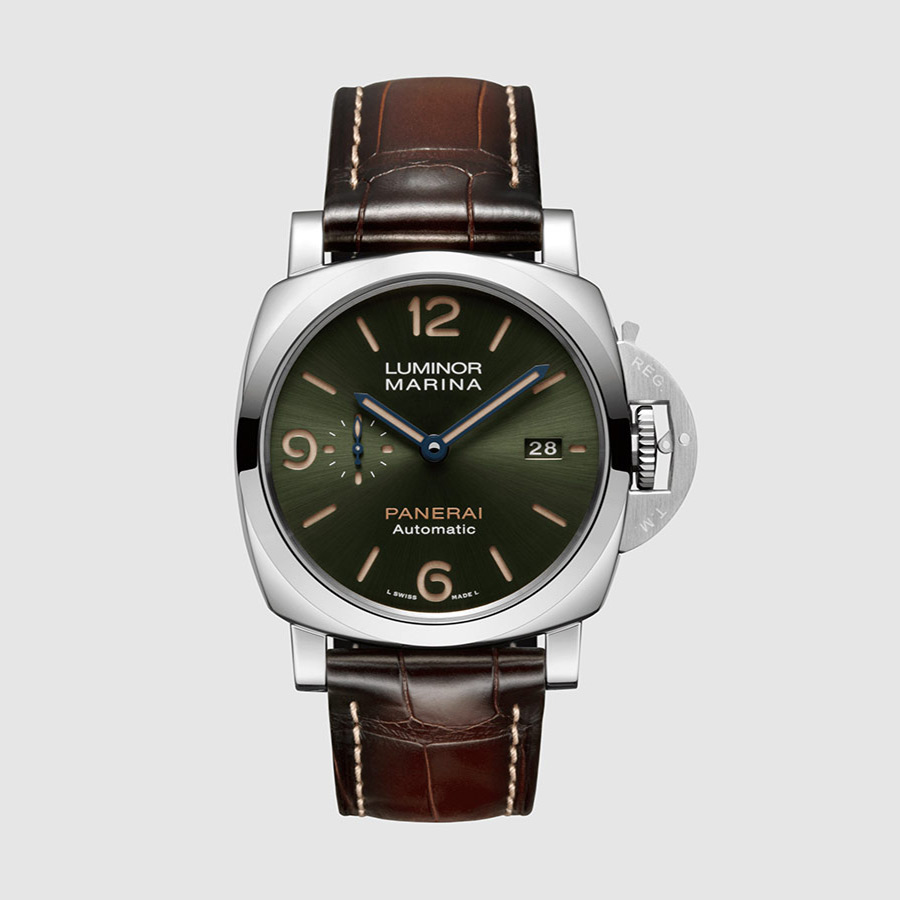