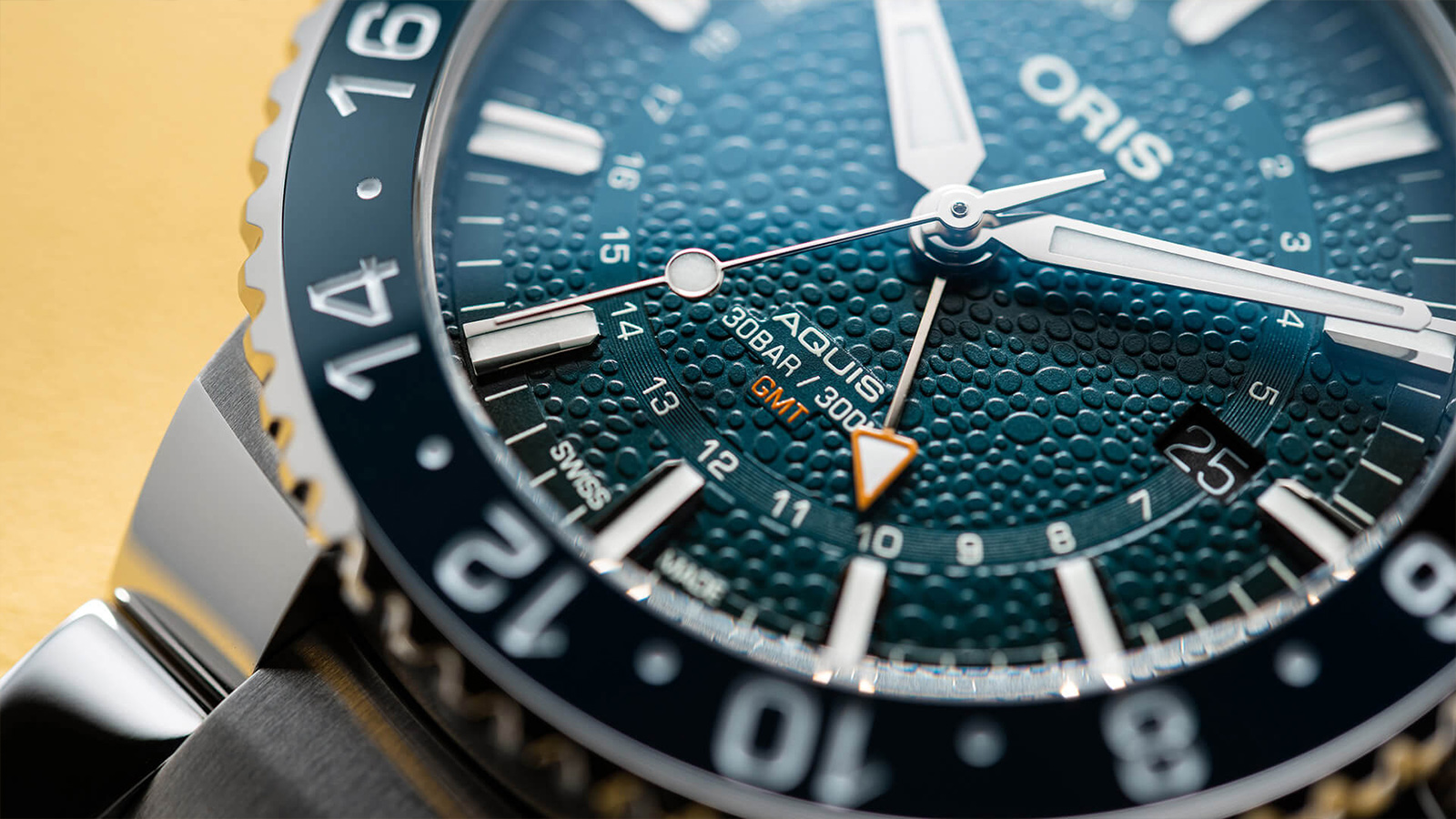 Swiss watchmaker, Oris, has an established history of producing ocean-conservation-themed timepieces. After producing its Ocean Trilogy consisting of the Great Barrier Reef Limited Edition III, the Clean Ocean Limited Edition, and the Oris Blue Whale Limited Edition, Oris is now focusing its efforts on the endangered whale shark with the Oris Whale Shark Limited Edition timepiece. During the year 2016, the International Union for Conservation of Nature (IUCN) made the stark announcement that the global population of the majestic whale shark had been reduced by half over the prior 75 years. This fact caught Oris’s attention, so the brand decided to act. Profits from this limited edition of only 2,016 pieces will support conservation efforts aimed at protecting the susceptible whale shark.

Based on the Oris Aquis GMT model, the Whale Shark has a multi-part stainless steel case, is 43.5 mm in diameter, and has a screw-down crown helping to secure its 300-meter water resistance. Its bezel, with an inlaid blue ceramic insert, is not the typical dive-scale bezel that ratchets in one direction, but instead rotates in both directions and is etched with a 24-hour GMT scale. The bezel’s colors flow from black, for nighttime hours, to blue, for daytime, while the sharkskin-textured, engraved dial also features a subtle gradation from the center to the edge.  Featured on the solid steel caseback of the Blue Whale is a relief illustration depicting the watch’s namesake. The Oris Blue Whale Limited Edition is fitted on a stainless steel bracelet with a secure-folding clasp equipped with a diver’s extension.

You may also be interested in checking out Tom Ford’s Sustainably-Sourced Ocean Plastic Watch. 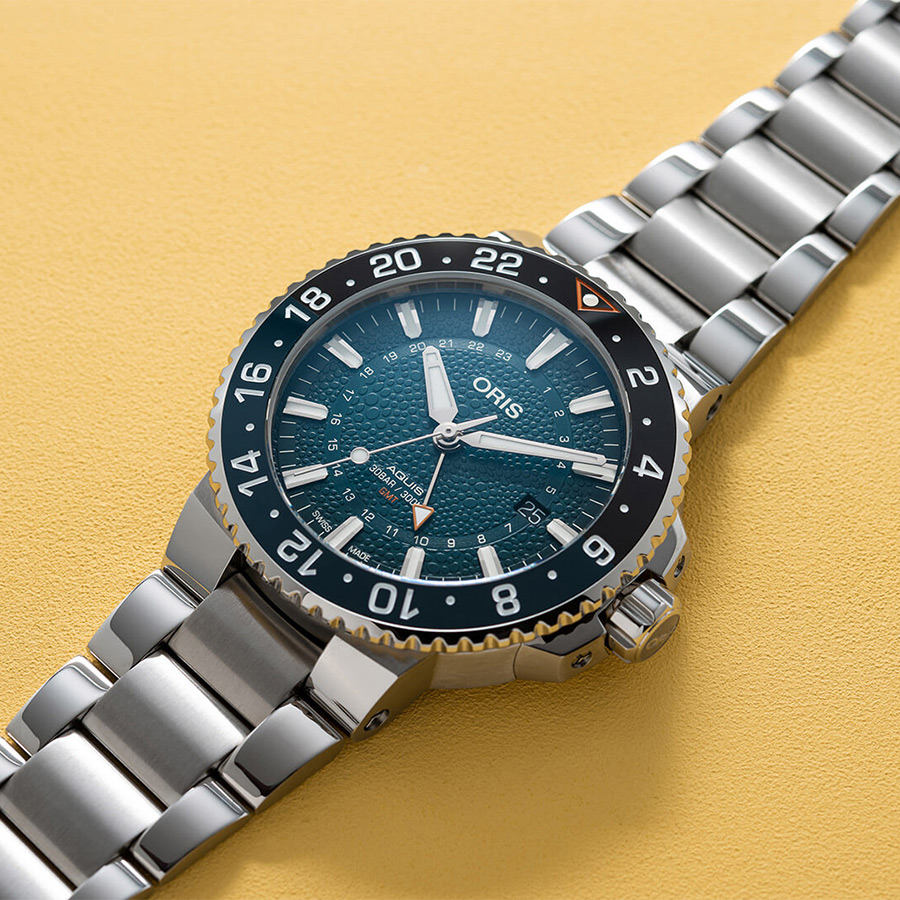