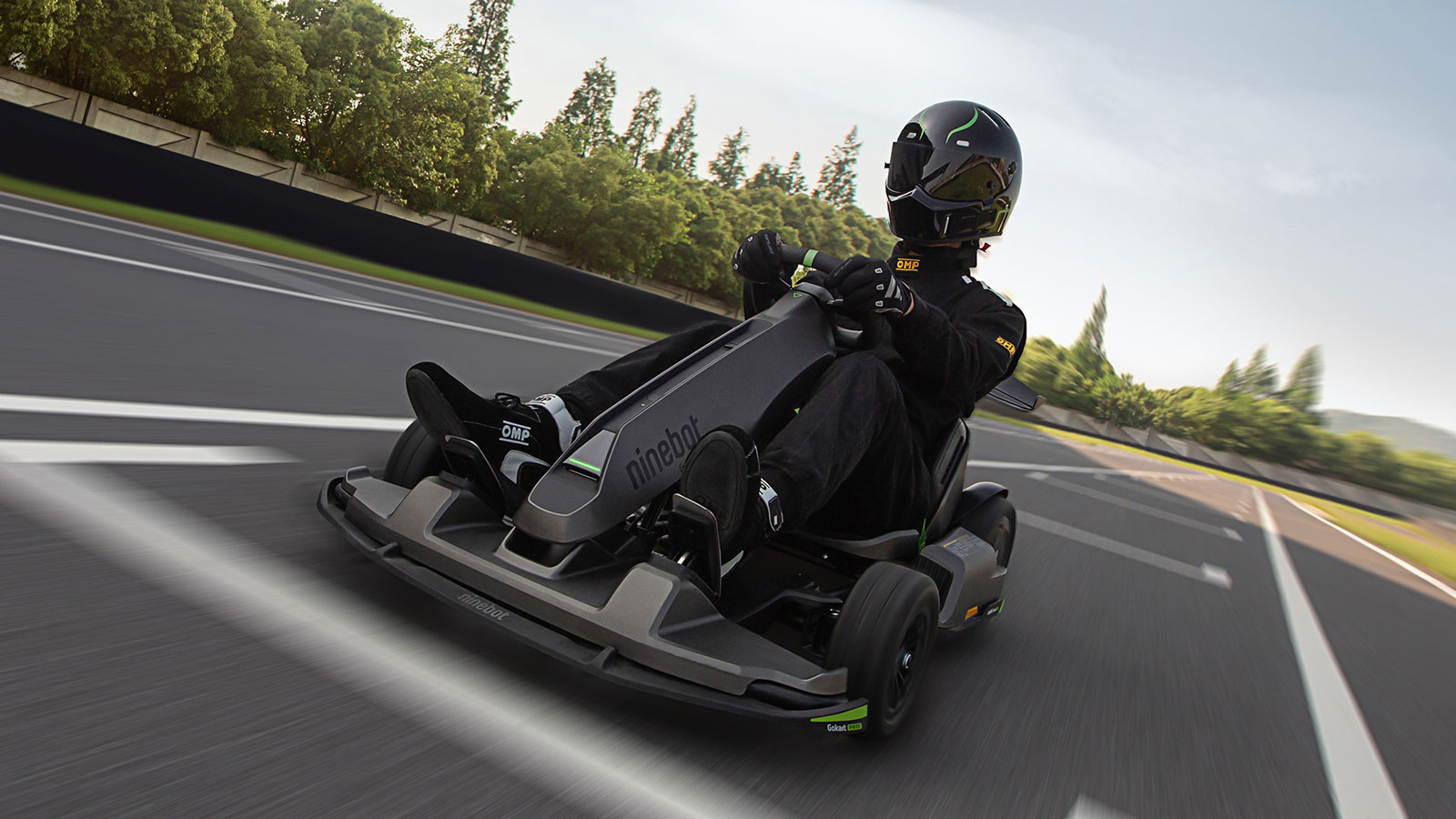 The Ninebot Gokart PRO is a new, hotter version of the first-generation Ninebot Electric Gokart. This improved Gokart PRO can hit a maximum of 23 mph in race mode thanks to a Segway developed 432Wh air-cooled battery pack producing 96Nm of torque. This battery provides drivers with over 15 miles of range to blast around a track or cruise around the neighborhood. To introduce drivers to the magical sensation of instant torque, the Gokart PRO includes four different drive modes that limit the top speed depending on skill level.

Quick acceleration comes as standard in the Ninebot Gokart PRO and a mechanical handbrake, metal pedals, rear LEDs, and a rear wing. Additional features that come standard with the new Gokart PRO include four 8W speakers used as a Bluetooth music player. These speakers can also play a selection of different engine noises: single cylinder, two-cylinder, V8, or V12 that starts playing the moment you hit the accelerator pedal. This Gokart comes with its Segway-Ninebot app that allows you to adjust the drifting assistance to help you get the most fun out of the driving experience.