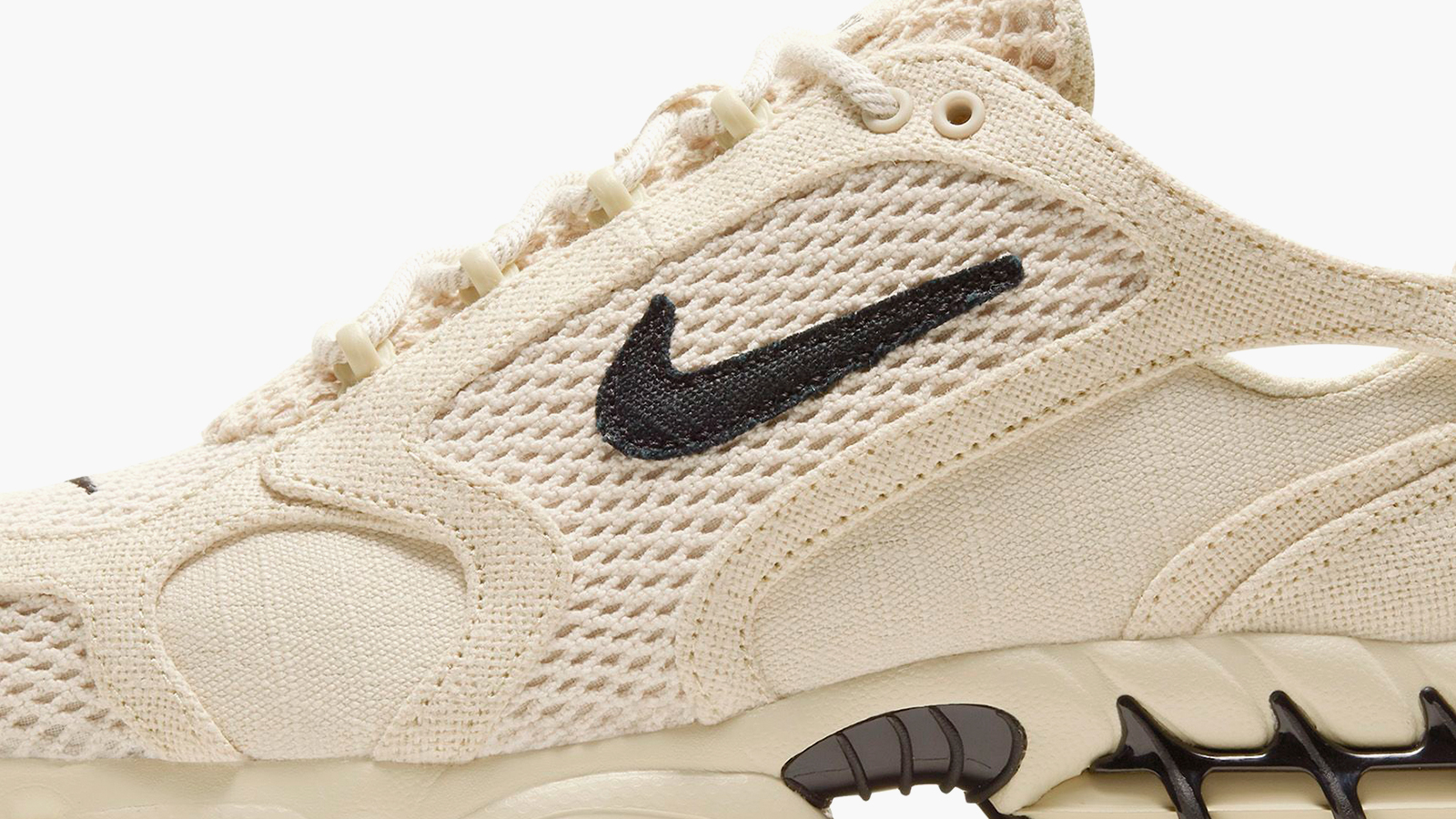 When Nike decided to expand its partnership with Stüssy you know it had big plans ahead. By reworking a classic design by enhancing it with features that are now ubiquitous across new releases, the Nike x Stüssy Air Zoom Spiridon Cage 2 gives fans a chance to wear an old favorite yet again. First released in 2003, the Air Zoom Spiridon Cage made waves with an open-screen mesh upper that provided a new standard of ventilation most running shoes didn’t have. Along with a flexible forefoot, the runner became an instant success, shattering its initial forecast for 40,000 pairs by twice that. With that foundation, the design elements added to this encore of the original by Stüssy are sure to make the sequel every bit as amazing as the original.

Versions in Platinum and Fossil colorways are each accented by black detailing on the heel cage, Nike logo, and Stüssy branding. More substantially, Nike has redesigned the sneaker to have a full-length foam midsole for added protection against impact that any runner would salivate over. A caged Zoom Air unit in the heel adds a modern technical element to the original design that perfectly compliments each colorway. From its nostalgic appeal to its improved design, this tone-setting release from Nike and Stüssy builds plenty of hype for the future of that partnership that lies ahead.