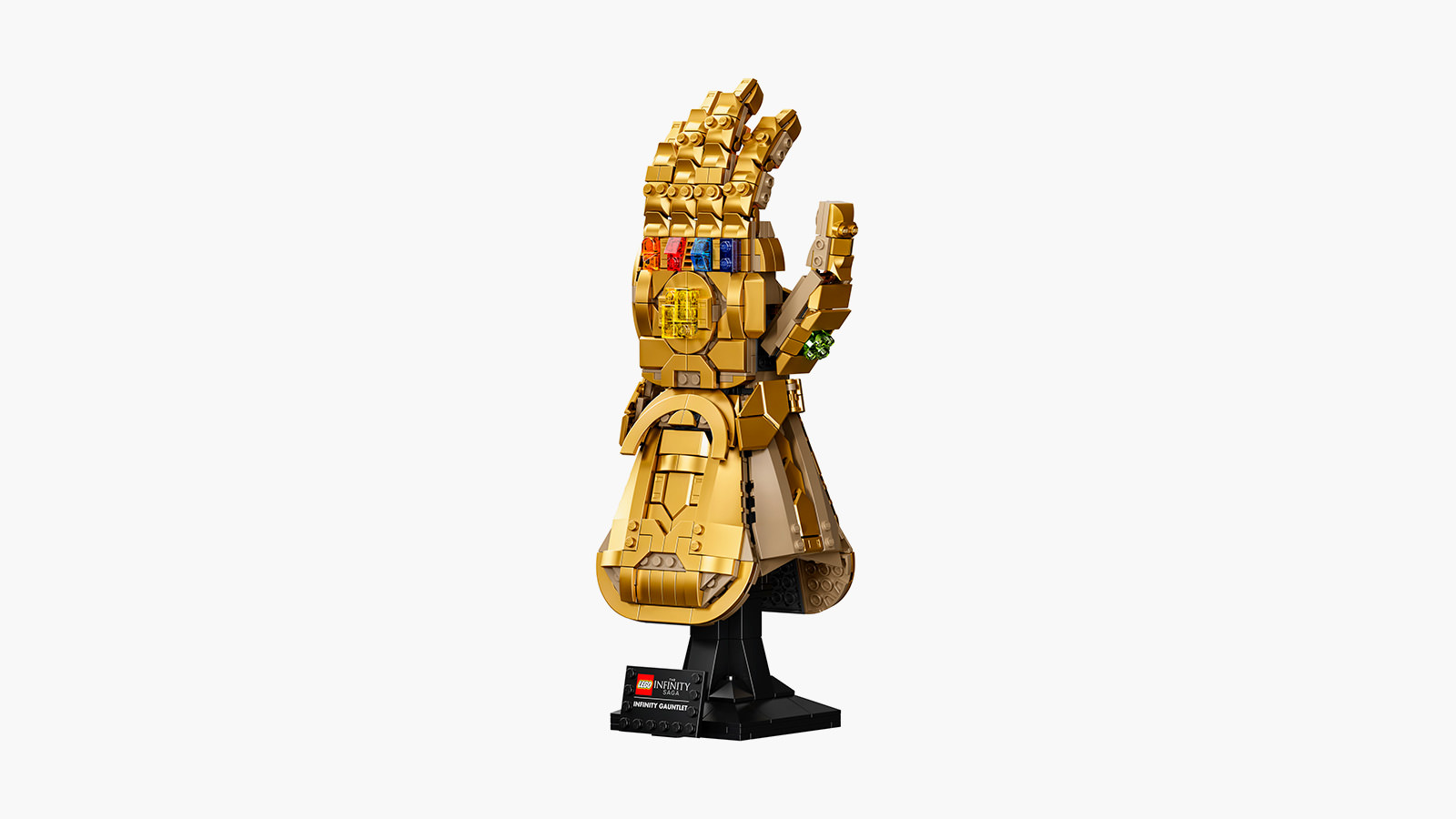 Fans of the Marvel cinematic universe franchise will be excited to learn of the upcoming release of the LEGO Marvel Infinity Gauntlet. The iconic Infinity Gauntlet showcased in the Marvel Studios’ Avengers: Infinity War and Avengers: Endgame movies features authentic golden LEGO bricks to form the majority of the gauntlet, with colorful translucent pieces that serve as the Infinity Stones.

The striking, build-and-display Infinity Gauntlet provides Marvel fans the opportunity to immerse themselves in creative construction and recreate one of comic-book culture’s most recognizable, and most devastating, weapons. Measuring over 12.5 in. high, 5 in. wide, and 4 in. deep, this 590-piece model has moveable fingers to recreate the “snap” and it comes with a sturdy display stand featuring a descriptive tablet. LEGO has not yet announced when the Marvel Infinity Gauntlet will be released, but it is anticipated that it will be part of the June 1st release wave.

Check out another upcoming release from LEGO – FRIENDS The Apartments.