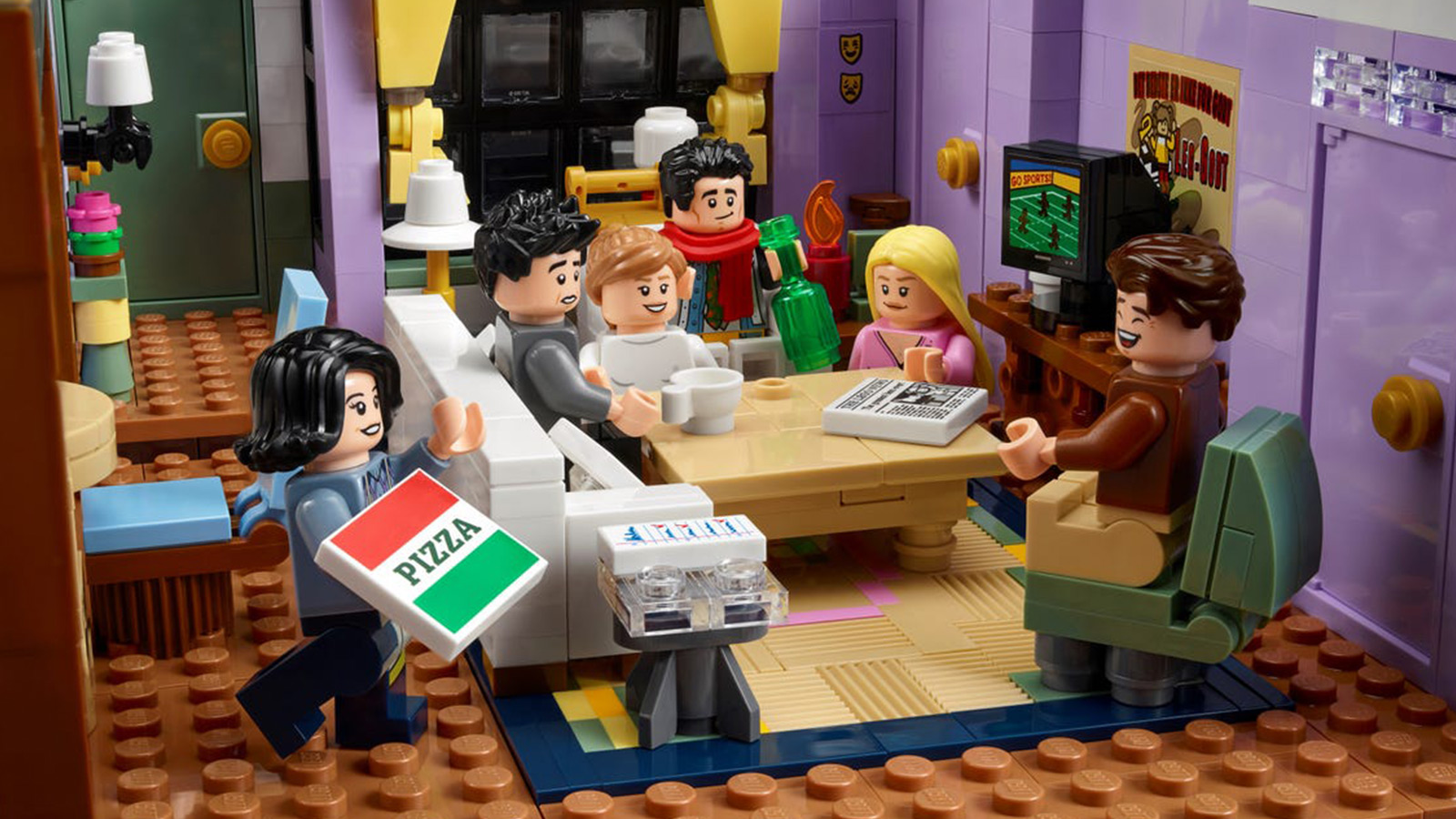 There was bound to be a follow-up to LEGO’s wildly popular 25th anniversary Friends Central Perk set released in 2019 and, sure enough, we have just learned that on June 1st LEGO will release FRIENDS The Apartments. The new set contains nearly double the number of pieces found in the Central Perk set, coming in at 2,048! Fans can construct not only Monica and Rachel’s New York City apartment but Joey and Chandler’s too. The set even includes the iconic hallway separating the two apartments. Minifigures of the whole gang are of course featured, with new prints on their torsos. Making her Minifigure debut is Janice, Chandler’s one-time nasally voiced girlfriend.

The LEGO set is packed with detailed insider references, from Phoebe’s “Gladys” painting to the meat-sweats Thanksgiving turkey to the giant poking device used to check on Ugly Naked Guy. The Friends Minifigures are decked out in some of their finest costumes. Ross has on his restrictive leather pants and Monica sports an apron. LEGO designers worked directly from production photos of the Friends set and watched many episodes so they could capture as many iconic moments as possible. The set even comes with lighting props to give it a TV studio feel. While the LEGO FRIENDS The Apartments will be available on June 1st for the general public, VIP members can purchase the set starting May 19th.

LEGO has recently collaborated with adidas on the ZX 8000 ‘Bricks’ Collection.