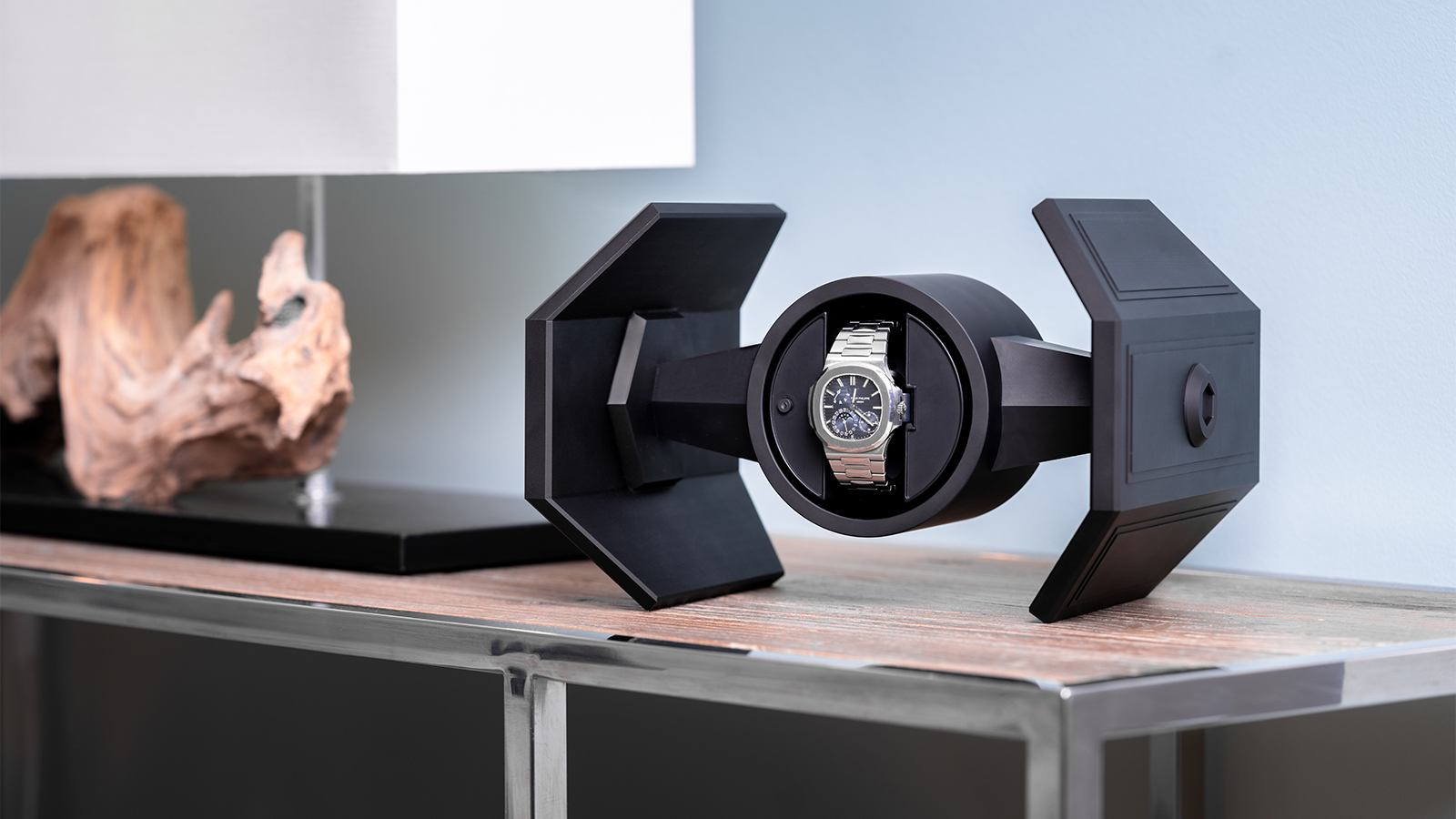 With a mission to “create exclusive art pieces for the finest collectors,” Kross Studio has turned out such pieces as a watch and case celebrating the film Space Jam: A New Legacy and a Batmobile tabletop clock, inspired by the 1989 movie starring Michael Keaton. Now, Kross Studio has revealed its second chapter in the Studio’s Star Wars-inspired products with the release of the Star Wars TIE Advanced x1 Watch Winder.

The TIE Advanced x1 Watch Winder is directly inspired by the TIE Advanced x1 starfighter, piloted by none other than Darth Vader himself in the film Star Wars: A New Hope. It is made of solid black anodized aluminum, which according to Kross Studio, is fully machined, hand-finished, and assembled in-house. For those concerned about where it could potentially fit in your home, the watch winder measures 8-inches long by about 10-inches wide and almost 7-inches tall.

The winder is equipped with a high-tech infrared sensor that detects a watch on the holder and activates the winder motion. With the Kross Watch Winder dedicated smartphone app (available on the App Store and Google Play) and Bluetooth interface, users can determine its functions, such as the number of turns and their direction. Powered by 4 AA batteries, the winder will need the batteries swapped out at the two-year mark. To replace the batteries, the watch winder comes with a Galactic Empire-designed key that enables users to open the compartment.

While on the topic of watch-related items, check out Collective Horology and IWC’s New Pilot’s Chronograph C.03.