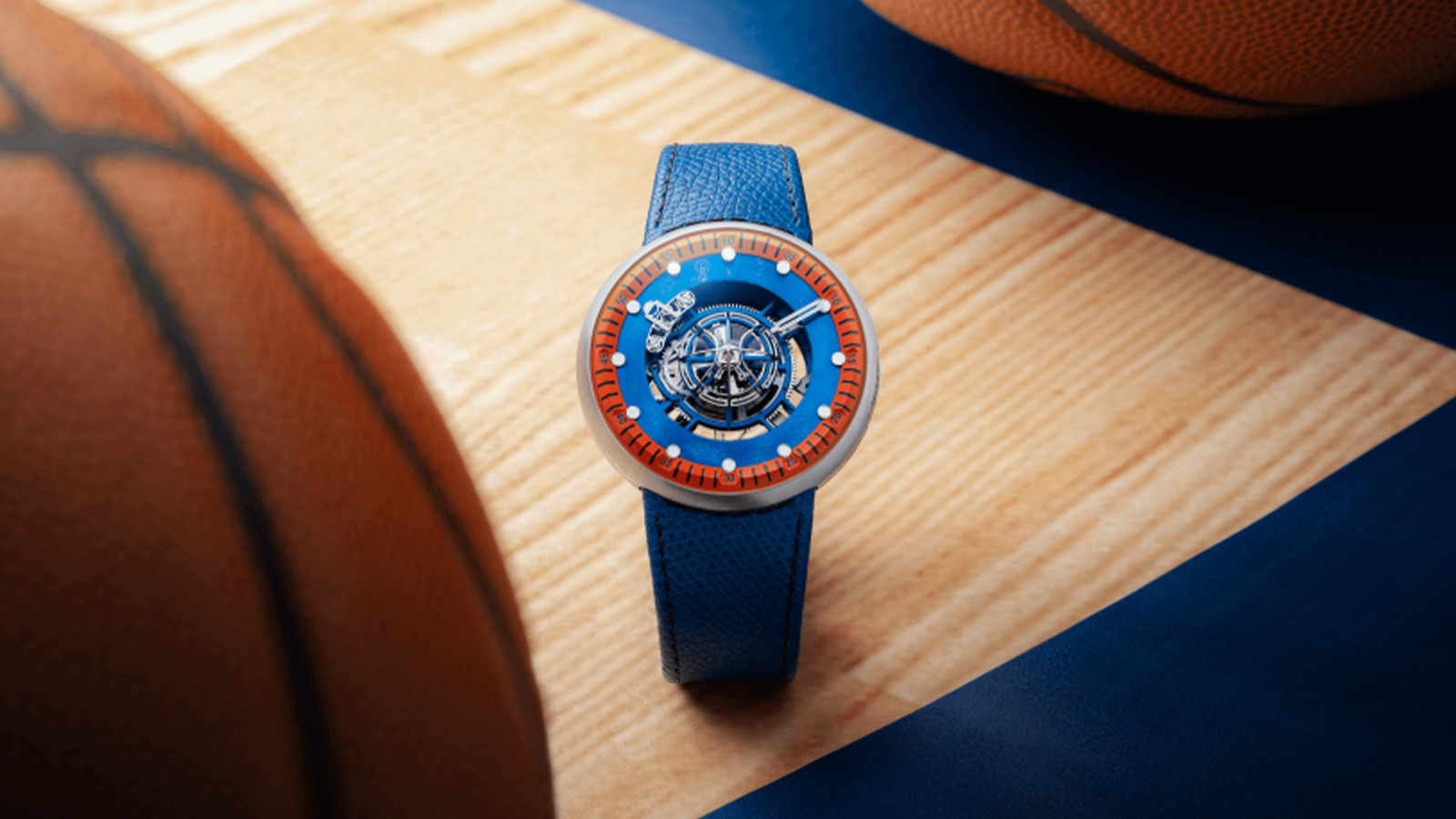 Kross Studio, the Swiss Haute Horlogerie brand, has teamed up with Warner Bros. to create an extraordinary timepiece contained in the “Space Jam: A New Legacy” Collector Set. The release of the set is timed to coincide with the upcoming premiere of the LeBron James film on July 16th. The collector set features a 45mm Tourbillon watch decked out in Space Jam colors combined with the playful nostalgia of Looney Tunes iconography. Combining basketball, horology, art, and Looney Tunes, the “Space Jam: A New Legacy” Tourbillon is not just a timepiece, it is also a functional art object. It is powered by an in-house 3Hz KS 7’000 caliber mechanical hand-wound movement. Reflecting Kross Studio’s design style and finely honed technical skills, the watch is equipped with an oversized barrel that delivers a 5-day power reserve, the regulator is placed in the center, in a tourbillon cage, on top of the barrel. There are 281 parts that comprise this watch, where each part is hand-made for an ultimate fine-tuned finish.

With the tourbillon located right at the center of the dial, it is arguably the centerpiece, but certainly not the only feature of the watch. Since that space is occupied, Kross Studio moved the time display to the periphery. While the minute hand looks traditional, it actually has the shape of the free-throw line and the “paint” of a basketball court. Both hands are affixed to the peripheral display mechanism rotating 360 degrees around the tourbillon. Although there is an orange outer scale for the minutes, the “Space Jam: A New Legacy” Tourbillon has no numerals for the hours. Instead, the Tune Squad makes an appearance indicating each hour. Different characters from Tweety to Sylvester, Daffy Duck, and so on serve as indices.

Apart from the watch, the set includes a functional art piece, dubbed the Kross Studio B-BALL, that takes the form of a basketball crafted from wood and aluminum. By lifting the layers of wood upward on the central pillar an opening is revealed in which you can lay the “Space Jam: A New Legacy” Tourbillon. Each watch comes with two straps: a deep blue calfskin leather and a basketball orange color strap. The interchangeable strap system allows you to have a quick and simple strap change with a single click. 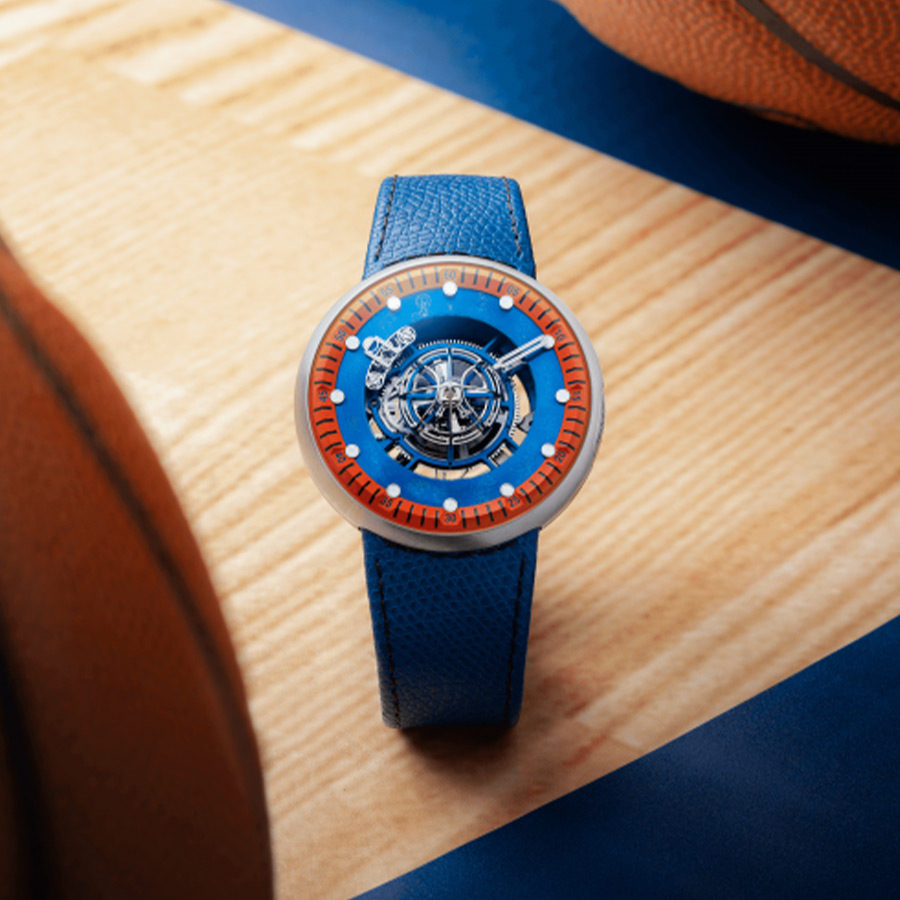