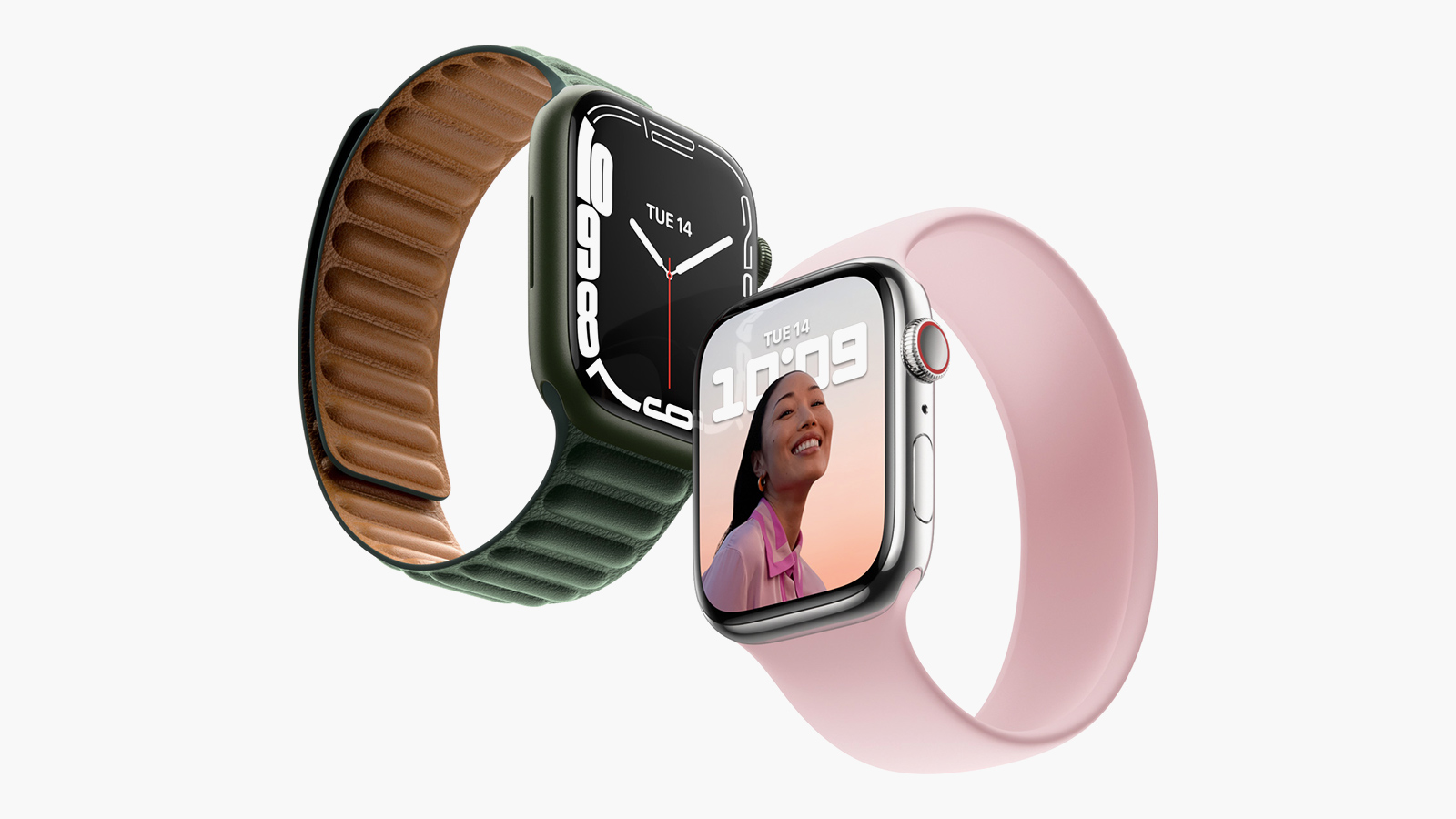 UPDATE: We have learned that Apple will begin taking orders for the Apple Watch Series 7 starting Friday, October 8, 2021.

Among the new products unveiled today at Apple’s fall event was the Apple Watch Series 7. The next-generation watch comes with a bevy of new features, like the ability to detect if its wearer falls while riding a bike. The Series 7 boasts a new retina display with 20 percent more screen area, brighter indoor performance, and smaller bezels that are 40 percent thinner than its predecessor. Apple says that the screen is the most durable “crack resistant” display on an Apple Watch, thanks to “stronger geometry.” The Series 7 is also IPX6 dust-resistant, a first for an Apple Watch. In addition, it is water-resistant up to 50 meters.

Apple states that the bigger display area on the Series 7 facilitated the introduction of a full QWERTY keyboard that can be typed or swiped through to enter text. The larger screen also means slightly larger watch cases. Each grew one millimeter from 40 and 44mm on the Series 6 to 41 and 45mm on the Series 7. Among the new fitness features teased via a promotional video, the Series 7 can measure users’ tennis serve speeds or the distance of a golf drive, and “Hey Siri” prompts can tell users how far they have biked. The Apple Watch Series 7 will also detect biking sessions and auto-pause and restart for stops. As mentioned above, fall detection while biking has also been added.

With the new USB-C Apple Watch charger, Apple says the Series 7 can charge from zero to 80 percent in 45 minutes and achieve eight hours of sleep tracking from just an eight-minute charge. Although the Series 7’s battery charges 33 percent faster than its predecessor, it still has the same 18-hour battery life as the Series 6. The watch will be available in new aluminum colors including midnight, starlight, green, blue, red, silver, graphite, gold, stainless steel, as well as natural titanium and space black titanium. Preorders will begin next week, but as yet an availability date has not been announced.