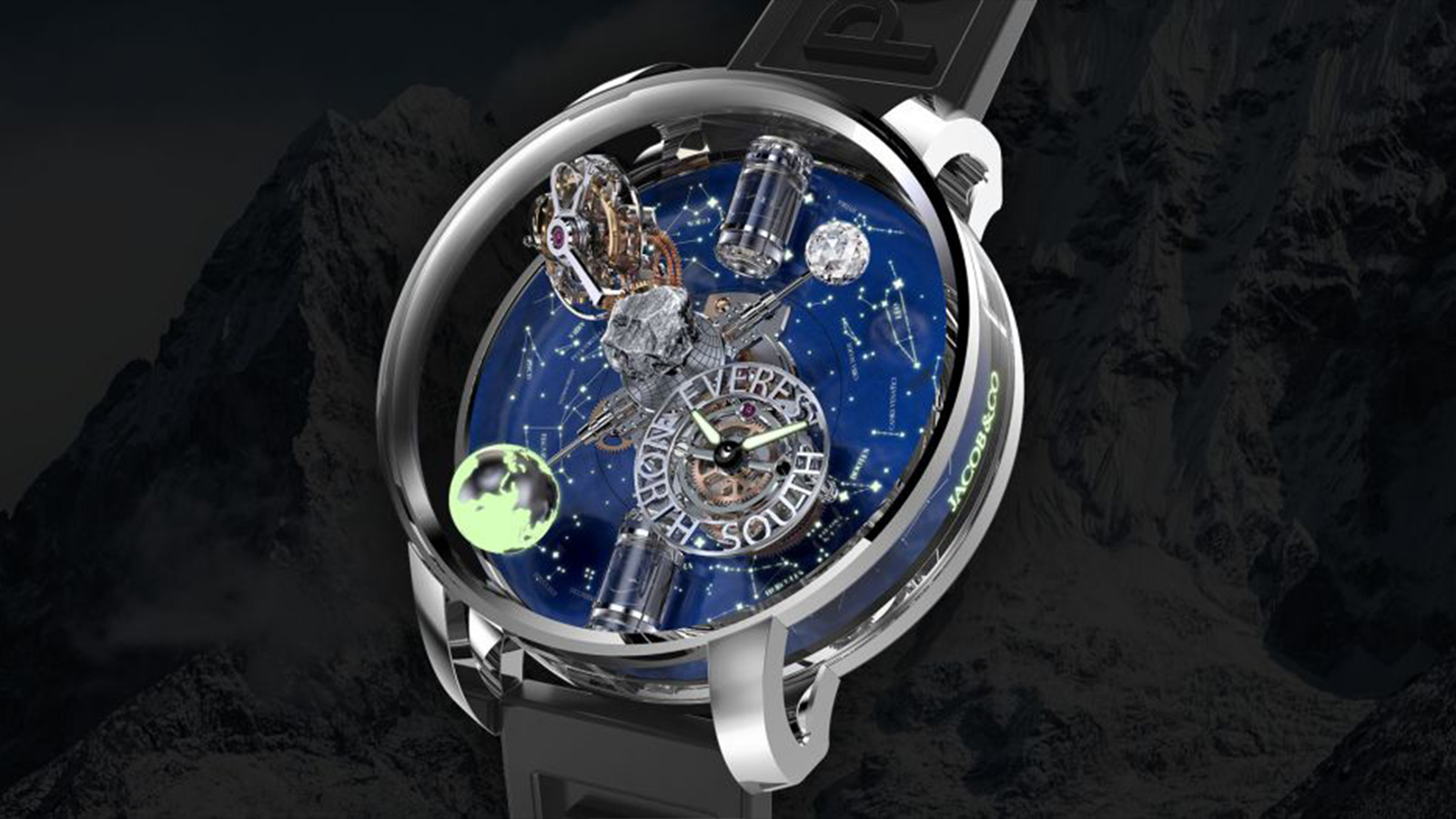 Jacob & Co. has announced the limited release of its unique Astronomia Everest, resulting from a collaboration with Swedish explorer and climate activist Johan Ernst Nilson. Both the watch manufacturer and Nilson wanted to create a timepiece that would possess key elements celebrating the beauty of, and highlighting the risks facing Planet Earth. Powering this remarkable timepiece is the iconic Jacob & Co. double-axis tourbillon movement, featuring four satellite arms. The tourbillon is on one arm, turning on two axes, one in 60 seconds and the second in five minutes. On the second satellite is the 288-facet Jacob-cut diamond, rotating on itself in 60 seconds. On the third satellite, directly across from the tourbillon, is the time display, while on the fourth satellite is the magnesium lacquered globe, which rotates on itself in 60 seconds.

A stunning piece of rock from Mt. Everest, which Nilson found during one of his expeditions, is mounted in the center of the timepiece. Incredibly, the Astronomia Everest features miniature, transparent buckets of actual water collected by Nilson at both the North and South Poles. The wearer can view the water moving inside the buckets, clearly indicating “North Pole” and “South Pole,” when they move the watch. Included in the purchase of the watch are two key elements. First, 10% of the purchase price will be donated to charity, helping to make a difference immediately. Second, each purchase includes an expedition with Nilson, by helicopter, to the place on Mount Everest where the rock contained in the watch was found. In this way, the buyer and a companion can experience first-hand what Nilson experiences and will see the need for further action.