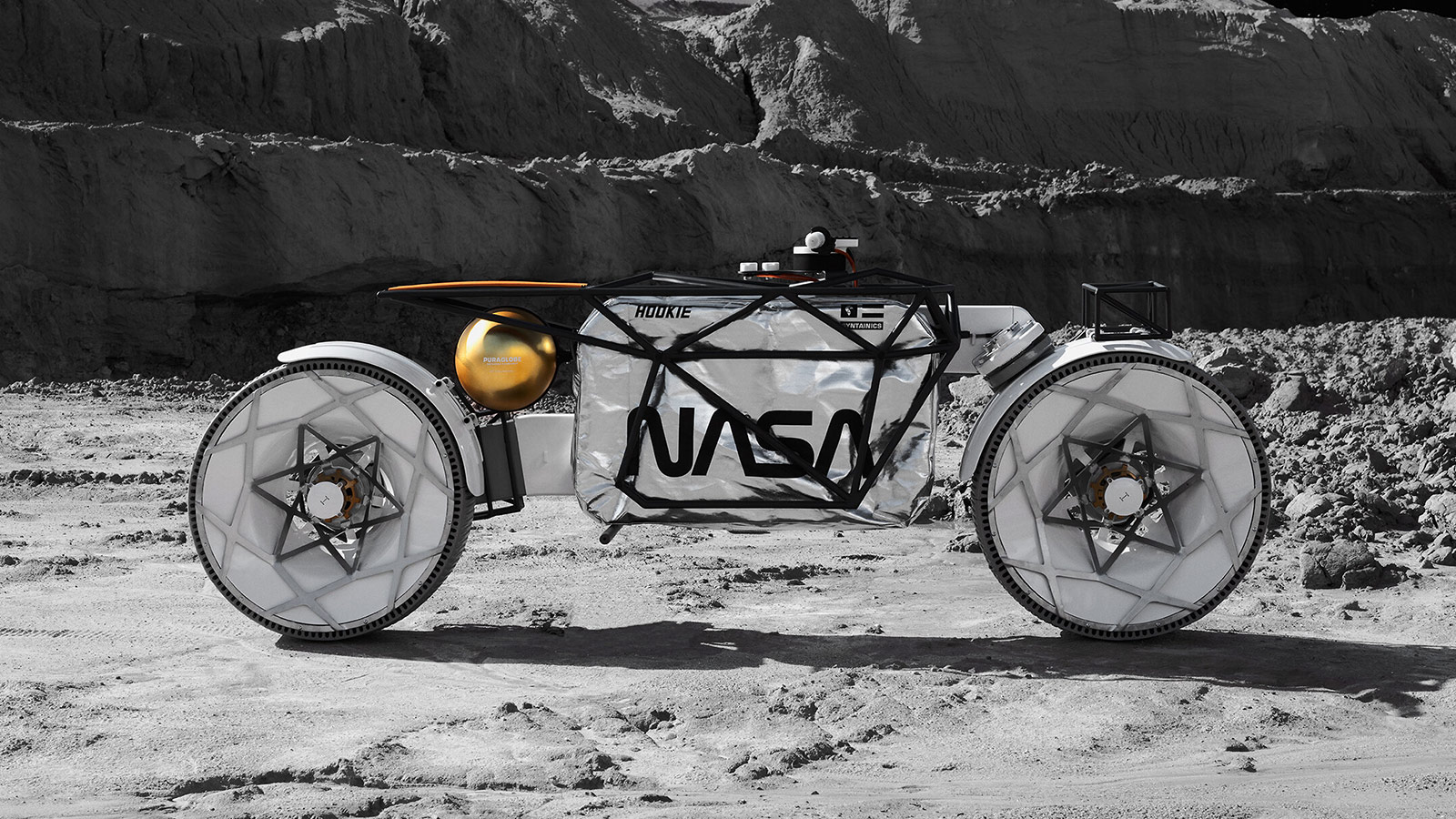 Inspired by the vision of Andrei Fabishevsky, a Russian designer who dreamed of a vehicle — dubbed the NASA motorcycle — that would be well-suited for moon explorations, comes the Hookie Co. Tardigrade. A small custom-built bike featuring an electric drive, the Tardigrade gets its name from the tiny and hardy micro-animal, known colloquially as a ‘water bear’ or ‘moss piglet,’ which is capable of surviving in 2,000-year-old ice sheets. With airless carbon balloon tires that sprang to life from a 3D printer, drive-by-wire steering that can be controlled using an electric motor and an app and single-sided swing arms that have been carbon sprung, the Hookie Co. Tardigrade is a concept that fuels and captures fantasies.

With a 70-mile range and a top speed of 9 mph, this Hookie Co. futuristic design includes a unique framework that can be utilized by the rider to transport various items. With its lightweight materials — the bike weighs just over 295 pounds — and ability to be easily disassembled — the front end can be removed in just two minutes — the Tardigrade is the ideal otherworldly mode of transportation that is equal parts unique, smart, and awe-inspiring. The Tardigrade will be displayed from mid-October 2021 at the Petersen Automotive Museum in Los Angeles as part of the ‘ADV:Overland Exhibition.’

For another example of Hookie Co.’s work, check out the Triumph Bobber ORCA Black Edition.