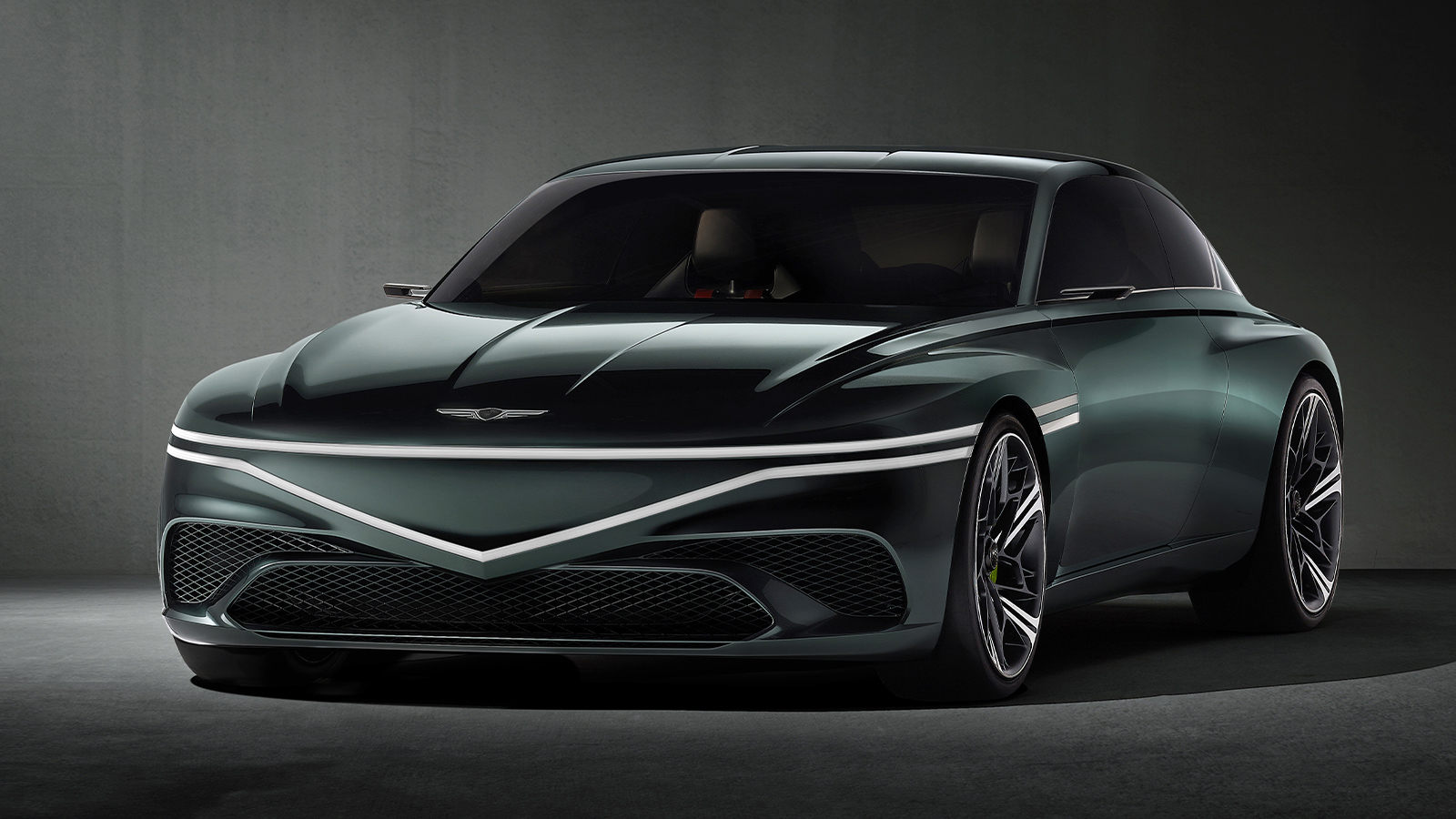 The Genesis X Speedium Coupe was unveiled at the 2022 New York International Auto Show this week. This concept car showcases Genesis’s vision of its not-too-distant future. In addition to showing the X Speedium Coupe, Genesis announced that it would begin producing the upcoming electric GV70 in December here in the U.S.

Genesis designed the X Speedium Coupe with a “less is more” mindset. The concept car looks like a 2+2 grand touring sports car from the 1960s reimagined for the 21st century. Its profile and rear emphasize the car’s extended fastback roofline that ends in a ducktail rear spoiler. Miles of glass sit between the A and C-pillars. The X Speedium Coupe’s most noteworthy feature is the full-width two-line front light bar that forms the Genesis Crest-shaped grille. Seeing the car from a higher vantage point shows its timeless hour-glass shape with subtle curves that hug the wheels. Overall, the X Speedium Coupe is a stunning vehicle to admire from any angle. While the Genesis X Speedium Coupe is not intended for production, we can expect to see inspired details from it in upcoming models. Genesis plans on launching six new EVs by 2030 as it transitions into an all-electric brand.

In other automotive news, check out the 2022 Lamborghini Huracan Tecnica.