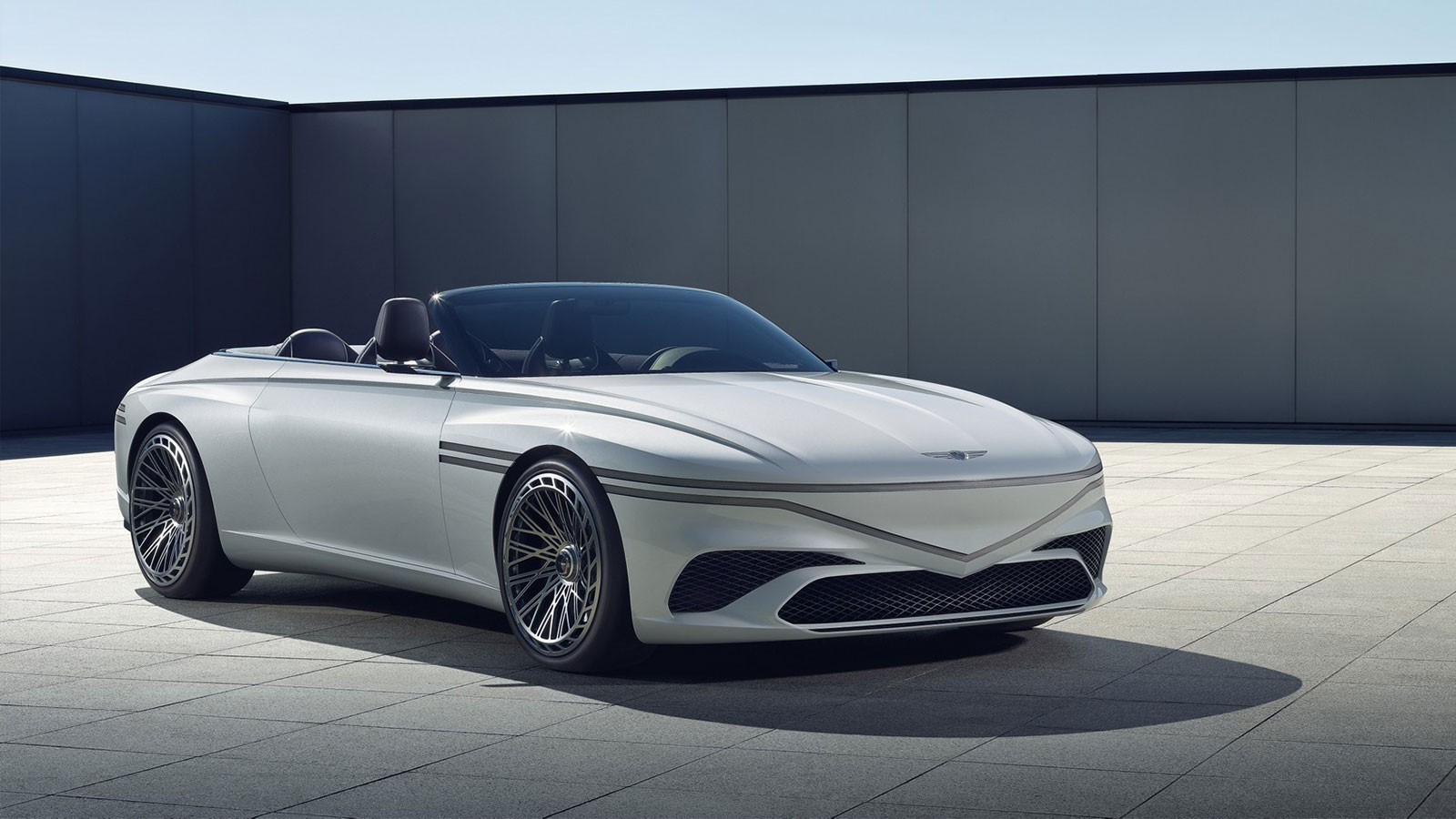 Genesis revealed a new, topless concept car days before the LA Auto Show. This concept car is dubbed the Genesis X Convertible, and similar to the previous two X concept vehicles unveiled by Genesis, it’s gorgeous! In fact, it’s such a stunning design that the odds of it hitting dealerships in the future are slim to none – it’s too pretty for production.

The Genesis X Convertible is the third and final of the series that began with the 2021 Genesis X Concept and the X Speedium Coupe shown earlier this year. The concept convertible sits on a long wheelbase with its signature triangular LED “grille” headlight design that flows around the front fenders.

The eyes then follow the car’s uninterrupted clean profile ending in a ducktail spoiler. The X Convertible looks like a modern interpretation of the luxury four-door, two-door convertibles of the 1960s. It includes a folding hardtop roof with integrated transparent moonroofs – but no interior ashtrays.

Inside, the Genesis X Convertible features an L-shaped digital dashboard surrounding the driver seat. The cabin materials include wool fabric made from recyclable materials and leather for the seats. In addition, the upholstery is inspired by traditional Korean roof architecture with a color pattern of Giwa Navy and Dancheong Orange. Genesis explained that Korean houses often feature Giwa roof tiles, and Dancheong is a traditional decorative coloring for wooden buildings.

All that is known about the Genesis X Convertible’s powertrain is that it is electric. However, this is a concept vehicle, which means its job is to spark the imagination with optimism for the future of automotive design.

In other automotive news, see the 2024 Lucid Gravity.