Stare and Gawk At The Hottest Concept Car Yet: The Genesis X - IMBOLDN
Skip to content 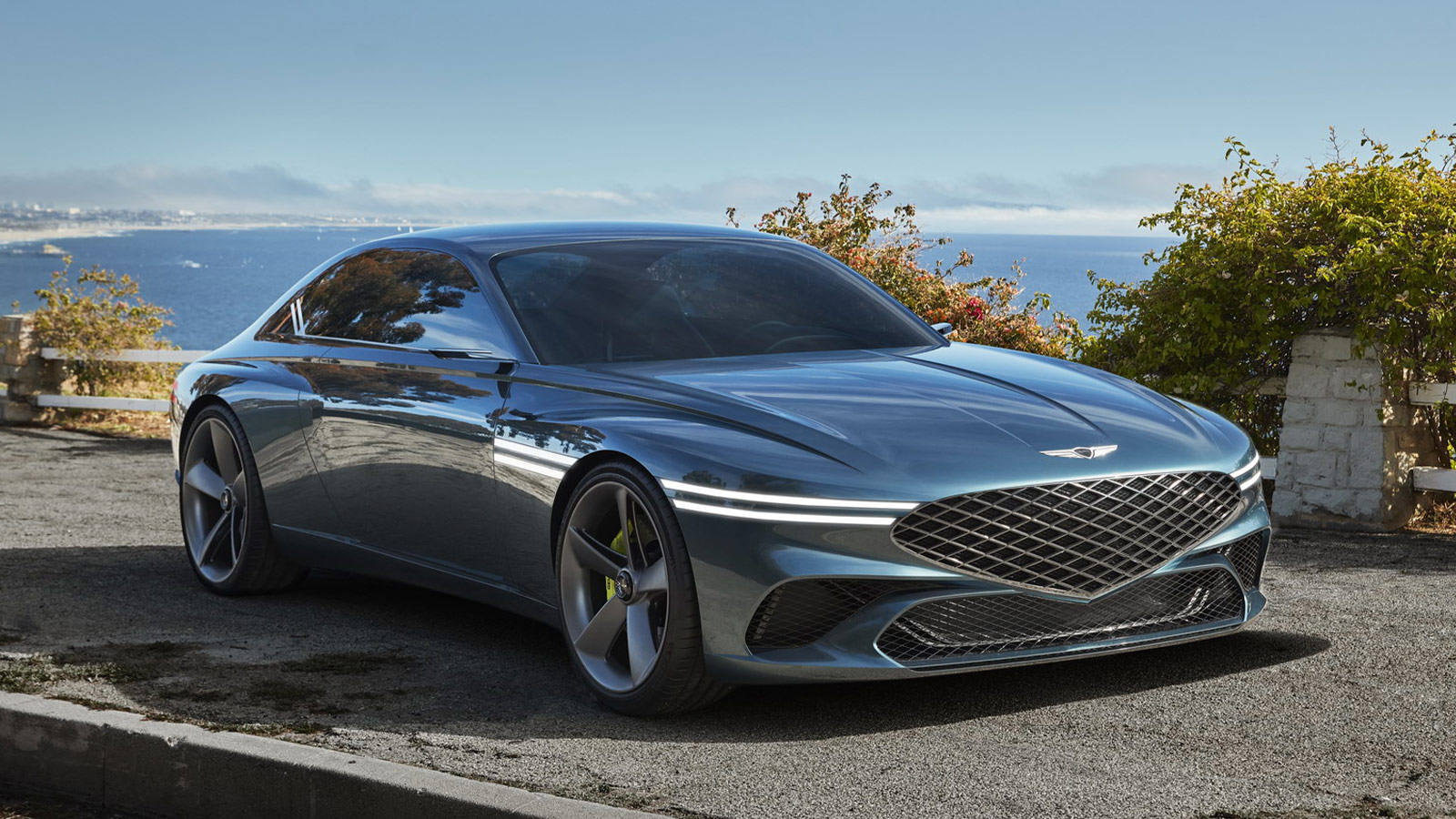 The hottest concept vehicle on the internet right now is the new Genesis X coupe, designed to be an electric GT car for the not-too-distant-future. The Genesis X Concept car is described as “the ultimate vision of athletic elegance.” Featuring a “Two-Lines” theme throughout the vehicle with a blend of new and familiar styling cues.

Upfront, the Genesis X Concept car wears Genesis’ signature diamond-shaped crest front grille featuring a 3D G-Matrix pattern. The car’s twin-LED headlights extend around the fascia and across fenders. The hood and front fenders are all one-piece, designed to open like a clam-shell to improve aerodynamics. An electric vehicle doesn’t need a hood long enough to house a V12 engine or a fancy front grille, but there is a reason for that. The Hyundai Genesis X shape is designed to allow the car to slip through the air to maximize battery range and look cool doing it. The exterior color is called Lençóis Blue and said to have been inspired by the lagoons of Lençóis Maranhenses National Park in Brazil. It matches perfectly with the car’s lime-green brake calipers.

Inside the Genesis X Concept car is a luxury interior featuring a floating center console, a “free-form” display, and a Crystal Sphere Electronic gear lever. The Genesis X cares so much about driving that the driver seat wears a premium Scotch Brown while the rest of the interior is finished in Ocean Wave Green Blue. The seats include leather, but in keeping with the eco-friendly vibe, the fabric materials are leftover pieces from other cars that have been up-cycled for the Genesis X. The only thing we do not like about the Genesis X Concept car is the fact that it’s not a production car. However, concept cars do sometimes get the green light to go into production – fingers crossed.

If you liked this, check out the Hyundai Staria.