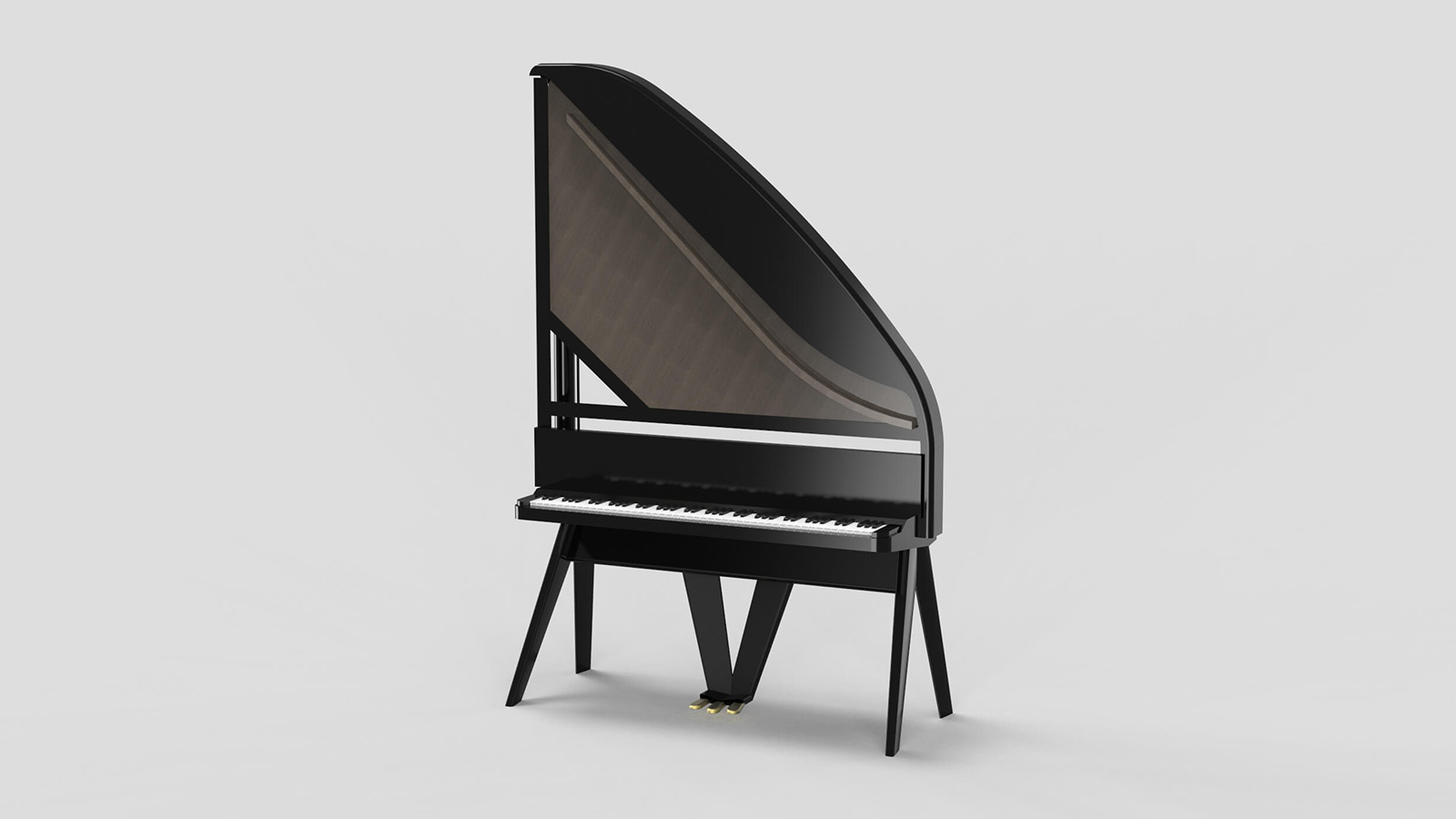 Throughout history, acoustic pianos have been strictly divided into one of two categories. Great for homes, classrooms, and honky-tonks, the upright piano sounds pretty good for the limited amount of space that it occupies. Say that you want concert hall quality? Then you won’t settle for less than a grand piano…but you better have the space to contain one.

Well, Future Piano is about to shatter this age-old dichotomy with its new Standing Grand. Currently in the crowdfunding stage, the Future Piano Standing Grand promises the sound of a grand piano in a slim, upright piano package. It accomplishes this feat by realigning the horizontal sprawl of the grand piano as a vertical tower that extends up the wall. In addition to occupying considerably less space, the Future Piano Standing Grand weighs nearly 80 percent less than a typical grand. Even better, this innovative piano encourages creative playing techniques by offering pianists easy access to all internal strings.