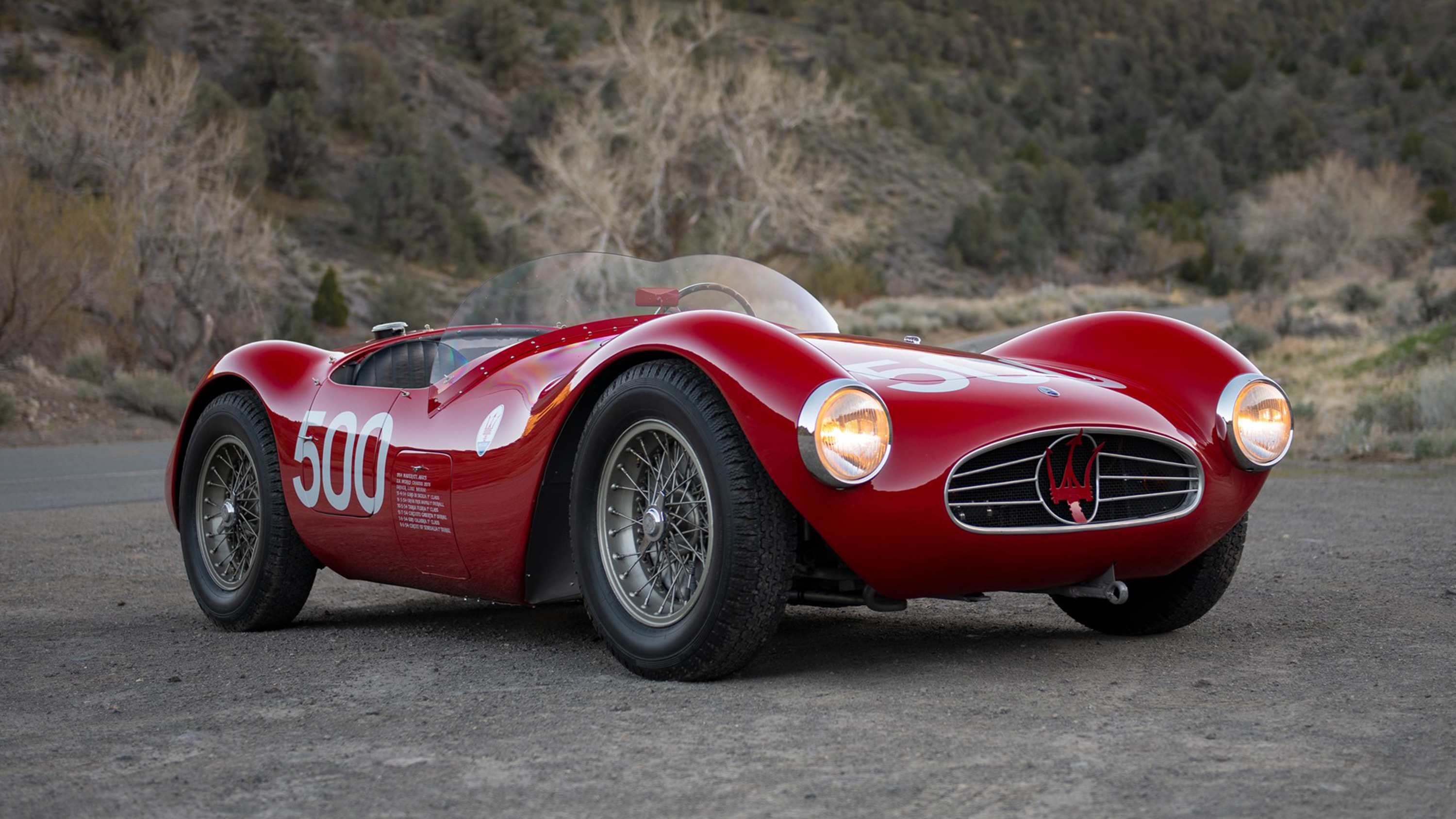 This Fiandri & Malagoli 1954 Maserati A6GCS is the 25th of only 52 models to ever be built. Its classic red color, complete with the dynamic racing number, is not only eye-catching when it is parked, but truly breathtaking when it is speeding around the track or giving drivers an exhilarating ride on tree-lined winding country roads. This 1954 classic sportscar also features an interior that is as illustrious as its history.

The Fiandri & Malagoli 1954 Maserati A6GCS was raced by Works driver Luigi Musso during the 1954 season. It also racked up the points for the Maserati team during the 1954 World Sportscar Championship. Fast forward to the Mille Miglia, Colorado Grand, and Monterey Historics and you will discover that this particular Maserati, along with an original A6GCS engine, was not only a regular participant, but also the winner of the Gran Turismo Award at the 2014 Pebble Beach Concours d’Elegance. This pristine piece of automobile history is up for auction at RM Sotheby’s where its mint condition interior beckons drivers to don their driving gloves, dress in their Sunday best, and head out for a thrilling ride both on the track and off.