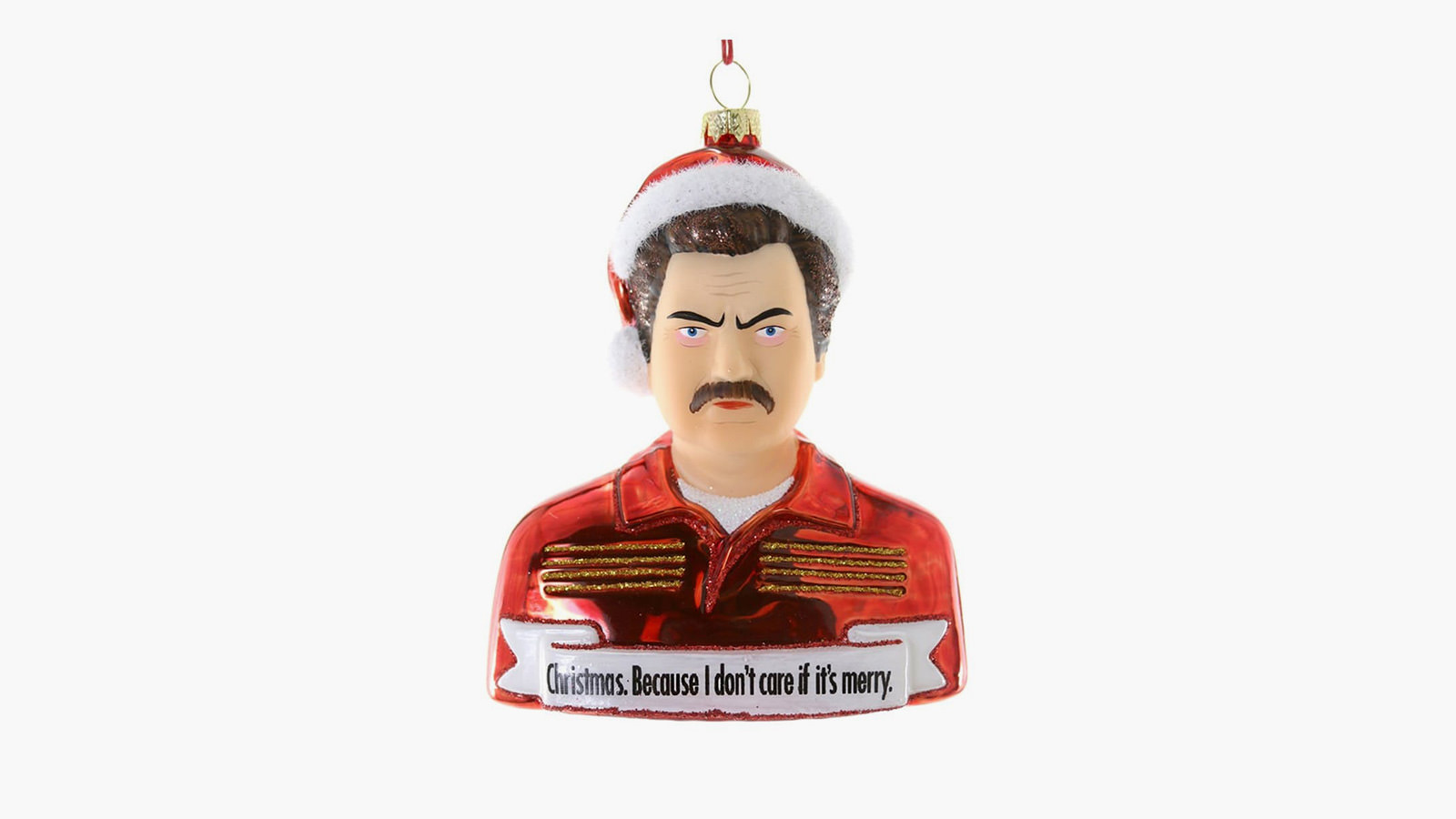 The Cody Foster & Co Ron Swanson Not So Merry Christmas Ornament is an homage to the famous character played by Nick Offerman on the hit TV show Parks and Rec. While it may not be a traditional addition to the tree, it’s whimsical and unique enough to bring some spice to the holidays. With the tagline of “Christmas. Because I don’t care if it’s merry,” the commentary perfectly embodies the spirit of the character. It’s designed to be a conversation piece as loved ones take in the many components of the decor.

At 5” tall and painted bright red, it’s a focal point that can’t be missed. Swanson’s trademark scowl is featured prominently on his face and contrasted by his Santa hat trimmed in faux fur and a red polo shirt with sparkly gold stripes. The ornament even displays his customary white t-shirt underneath his St. Nick gear. (That undershirt will come in handy when he inevitably has to do some last-minute woodworking on Kringle’s sleigh if it breaks down.) Cody Foster & Co is known for making non-traditional ornaments around this time of year. Started in a basement in New England, the mom-and-son team has built a small empire to become the premier source for ornaments.

Speaking of the holidays, check out IMBOLDN’s Gift Guide for Watch Lovers.