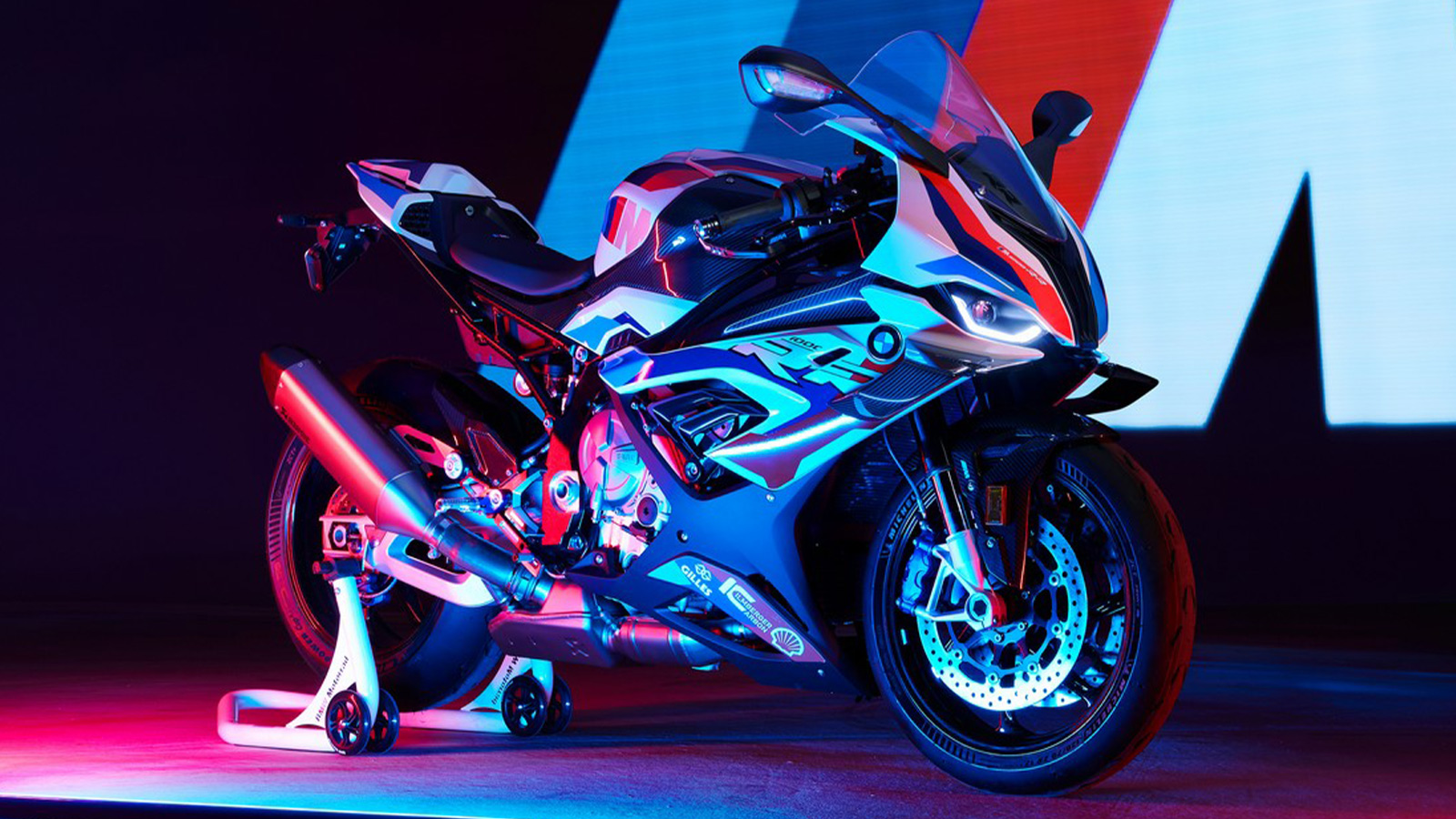 Exciting news in the world of two-wheeled motoring is BMW Motorrad’s announcement of its first-ever M model motorcycle. The bike is called the BMW M 1000 RR. At its core, this is an S 1000 RR infused with the magic of an M badge. The M 1000 RR’s 999cc inline four-cylinder features new pistons with titanium connecting rods pushed by modified combustion chambers. These new parts have been tuned to a higher compression ratio, with lighter rocker arms, fully machine intake ports, and a titanium exhaust system. The result is a max rating of 210 horsepower, which is a handful more power over a standard S 1000 RR. Top speed of the bike is 189 mph and it can reach zero to 60 in 3.1 seconds. BMW states that the M version is more powerful where it counts – at the track.

BMW states that the M 1000 RR is more potent at the 6,000-15,000 RPM range and uses carbon fiber winglets for more downforce during hard acceleration and cornering. The wheels are also made from carbon fiber and are stopped by M-spec brakes. To further improve handling the M 1000 RR is slightly longer than the S 1000 RR thanks to a new, adjustable, swingarm.

The bike uses an aluminum bridge frame bolted to an upside-down fork, and BMW’s Full Floater Pro kinematics technology. This is to improve anti-squat control and braking while proving the best feel of the wheels for riders. The bike also features a 6.5-inch digital instrument cluster with GPS and data logger. Pricing for the new BMW M 1000 RR has not been released, but we can assume it is going to be more than the S 1000 RR.