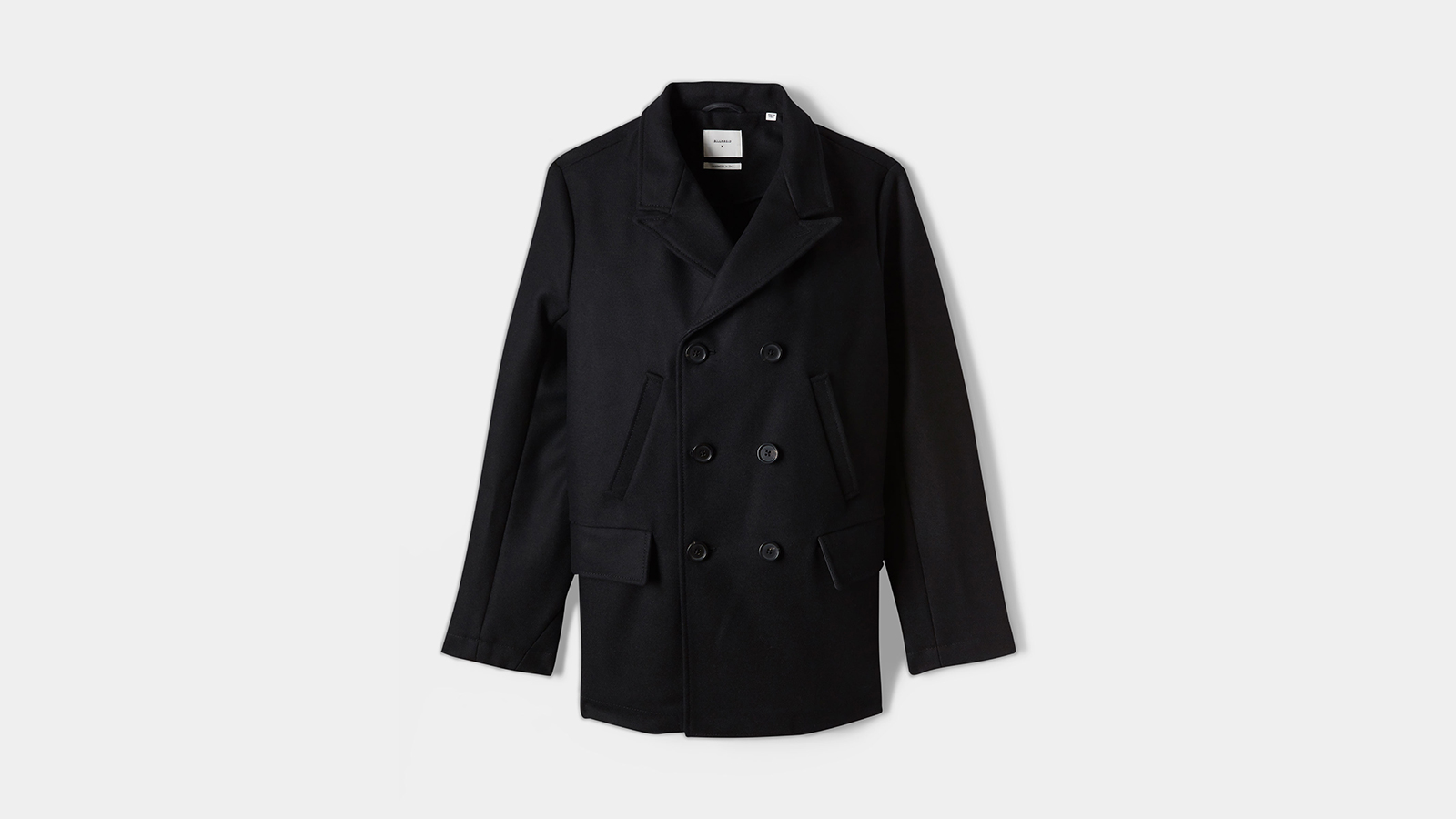 As we approach the release of the 007 film No Time To Die on October 8th, many have undoubtedly noticed loads of Bond-related gear floating around. Added to this gear is the Billy Reid Bond Peacoat, which gained popularity after it was worn by Daniel Craig in Skyfall. In fact, Craig owned the coat himself and advocated for it to be worn in the film. According to Billy Reid himself, “Daniel is a regular customer and loved the peacoat from my collection, so he bought it and wore it as a go-to coat. When Skyfall began filming there was a scene that called for Bond to wear a peacoat, so he asked for mine and I’m eternally grateful he did.”

Now, noted designer Reid is bringing back the best-selling style just in time for wool outerwear season, and those interested can sign up to be notified when it drops, which is something one should do as it is likely to be a hot-ticket item. The iconic Billy Reid Bond Peacoat is, interestingly enough, named for the brand’s New York store on Bond Street. It is made in Portugal from durable, warm melton wool and trimmed with luxurious leather. The coat is singled-vented, unlined, and comes in a classic tailored fit with a slight taper at the waist. The Billy Reid Bond Peacoat is finished with genuine horn buttons and a leather undercollar. Available in black or navy, the peacoat combines craftsmanship, utility, and style to create timeless wearable luxury.