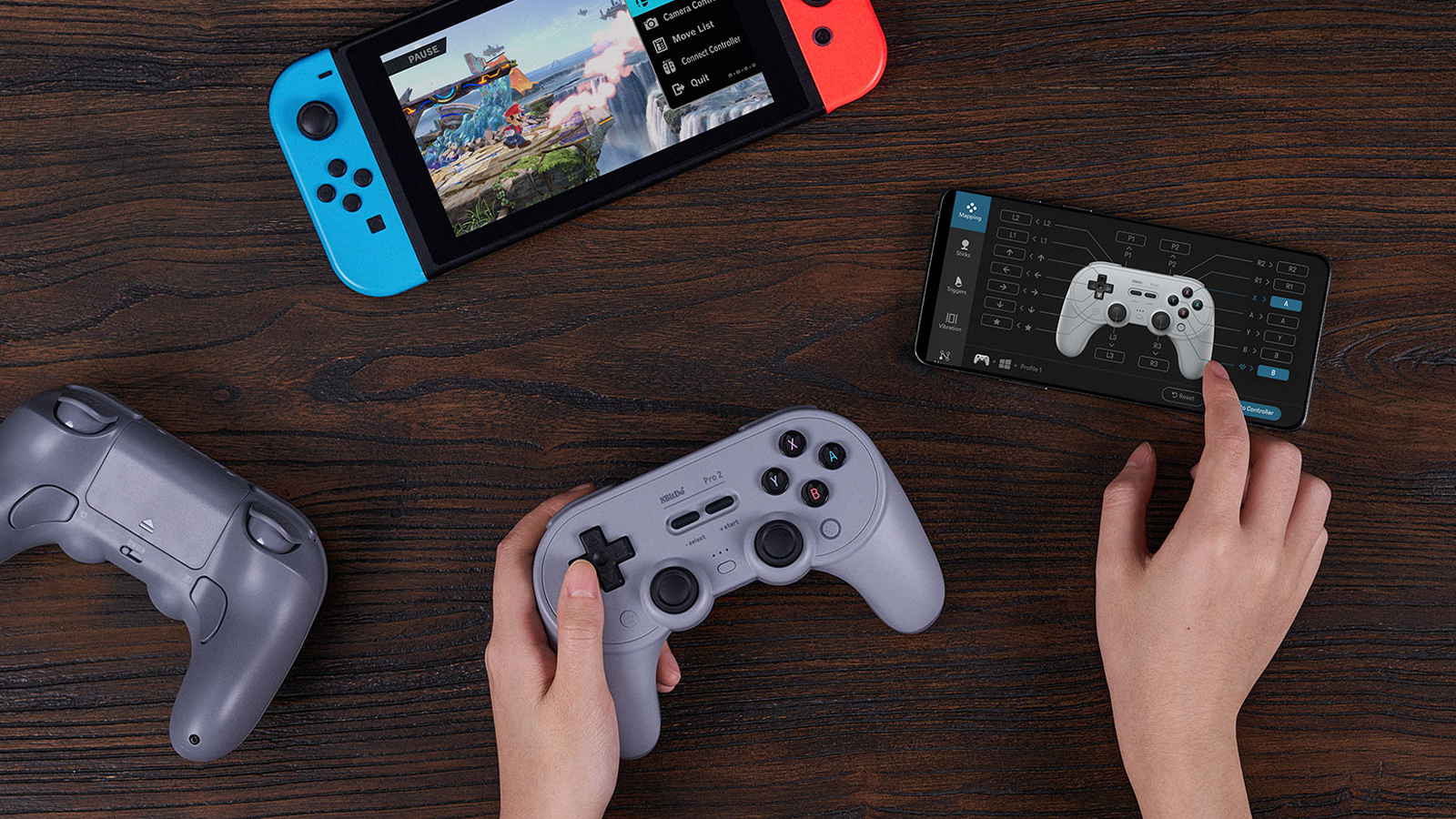 Considered the most advanced controller ever produced by 8BitDo, the latest release by the brand, the 8BitDo Pro 2 controller, has it all in terms of compatibility and overall quality. Standard features like the pro-level paddle buttons, mode switch button, which allows gamers to alternate between X-input, D-input, Android, and Switch as well as the enhanced grip design along with rumble vibration capacity, makes it the ideal addition to any gamer’s collection. The pro-level back buttons on the 8BitDo Pro 2 means users no longer have to take their thumbs off the joysticks in order to access various features in a game. Users are also able to assign any button a function thanks to the 8BitDo Ultimate Software support.

The Bluetooth game controller works seamlessly with a wide range of mobile devices as well as Nintendo’s hybrid device, Windows, Steam, Raspberry Pi, PCs, and more. The 8BitDo Pro 2 is the evolution of the Pro+ in every way, but its purchase price is more reasonable than its Pro Controller competitor, costing only $50. It is currently available for preorder and is described as being a modern controller that respects the classics. Its D-PAD feature, in particular, is a nod to classic controller design. Since its founding in 2013, 8BitDo has been committed to offering modern conveniences and features within classically designed products. The 8BitDo Pro 2 will be released on April 12th.

If you liked this, check out Hyperkin’s RetroN Sq Gaming Console.