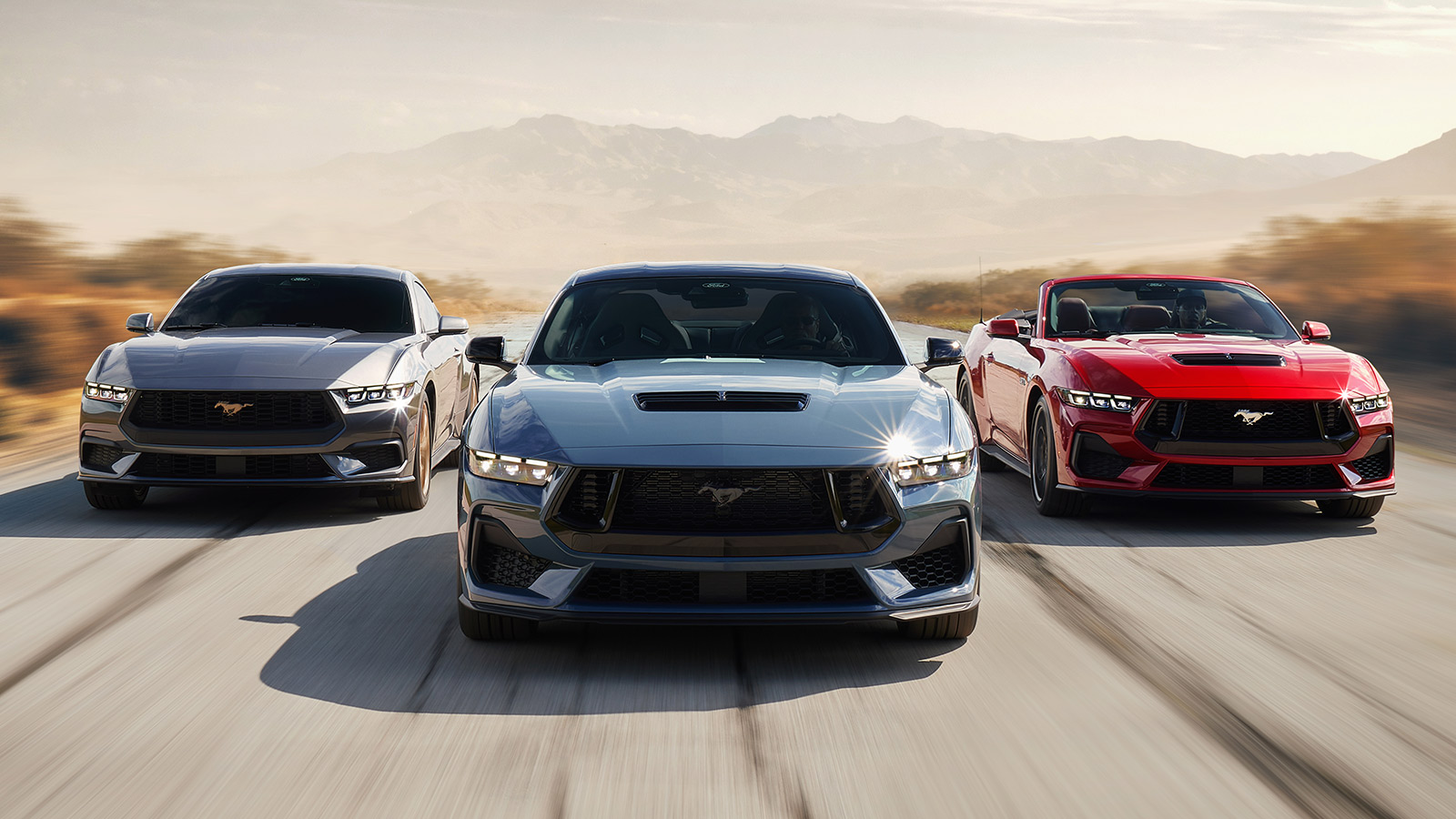 Ford announced that the 2024 Mustang offers two engine options. Specs on the updated 2.3-liter turbocharged EcoBoost and 5.0-liter Coyote V8 have not yet been disclosed. But, Ford is adamant that the engines are better, stronger, and faster, claiming the new V8 is the most powerful in the Mustang’s history. Moreover, a new Mustang trim level dubbed “Dark Horse” has been introduced and is suspected to flex over 500 horsepower. But, probably the most exciting news is that buyers can still order their new Mustang with a gasoline V8 and six-speed manual transmission.

Amongst the range of performance-focused tech featured in the 2024 Ford Mustang, the “drift brake”, is standard on all models equipped with the Performance Pack, which allows drivers to lock the rear wheels for optimal sideways action.

The exterior styling of the new Mustang is a far cry from its 1964 ½ origins. This seventh-gen Mustang looks longer than ever with aggressive styling that incorporates flat, symmetrical lines. In addition, the 2024 Ford Mustang looks cybernetic in its approach to blending old-school muscle with digitized efficiency. Overall, the car looks like a Mustang that evolved to its next, far from final, form.

Inside, the updated changes are far more apparent with its jetfighter-inspired cockpit. Gone is the Mustang’s double-bubble speedometer and rev counter dash housing. In its place is a curved 12.4-inch horizontal digital instrument cluster with a center-mounted infotainment screen.

In keeping with the Ford Mustang’s reputation for factory personalization, drivers can tailor the digital instrument cluster to display their desired settings. Moreover, Ford included an option to change the cluster’s graphics to show analog-looking gauges from the popular Fox Body Mustang of the 1980s and early 90s. Ford will release more details on the 2024 Ford Mustang performance spec and options before the car goes on sale in the summer of 2023.

For more automotive news, check out the new Pagani Utopia, a hypercar with a V12 and a gated manual shifter.