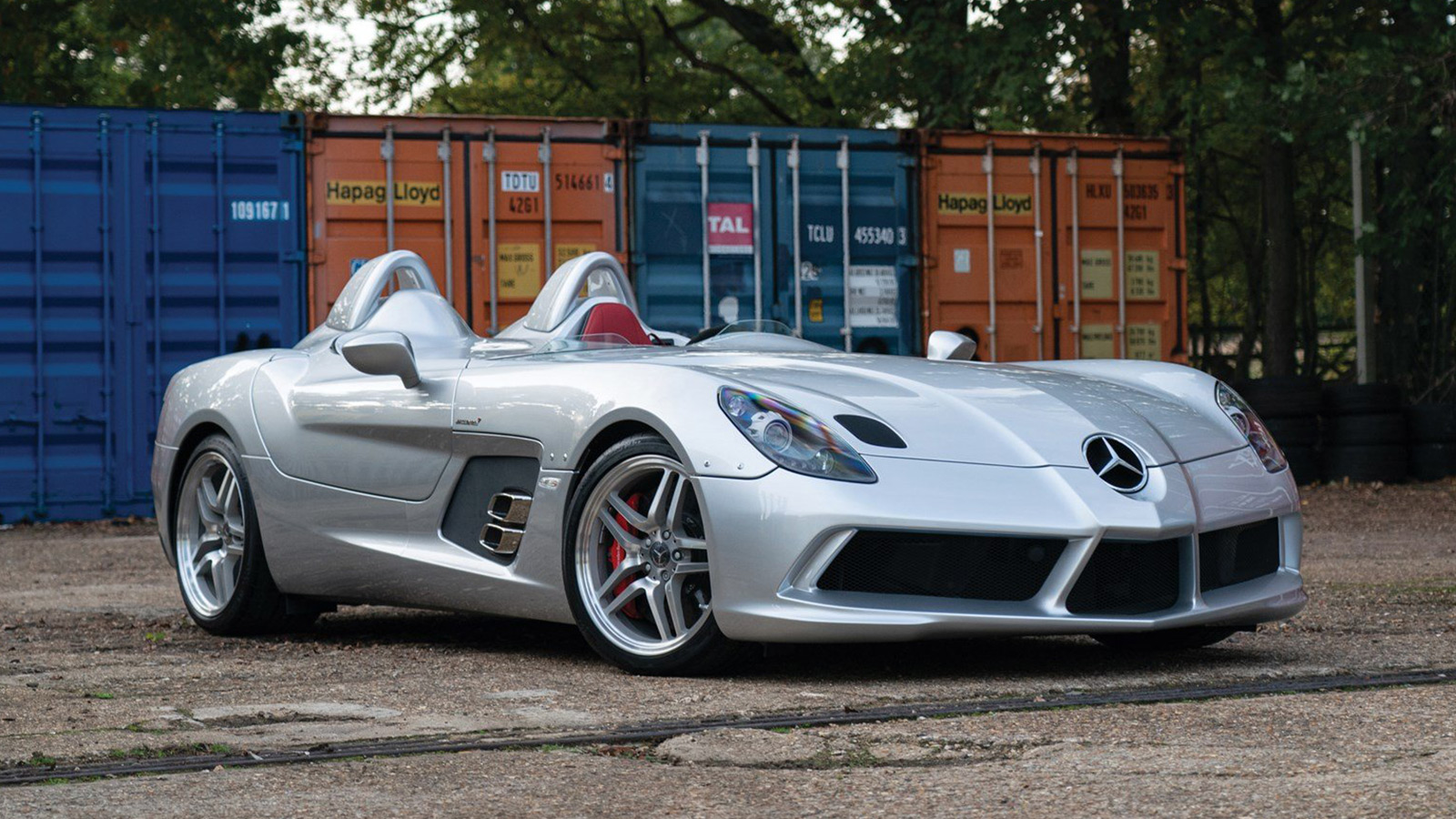 The 2010 Mercedes-Benz SLR McLaren Stirling Moss is arguably one of Mercedes-Benz’s most powerful and enthralling speedsters. Just 75 of these lightweight roadsters were ever built. Inspired by the 300 SLR that Stirling Moss drove on his victorious performance at the Mille Miglia in 1955, this modern version comes without either the roof or the windshield — which only adds to its aesthetic appeal.

The V8 5.5-liter supercharged engine powers out 641 hp through its rear-wheel-drive, onward to a top speed of 220 mph. This engine is combined with the extensive use of carbon fiber throughout the car’s underside and body, as well as a new aerodynamic package which makes it possible to go 0 to 60 in just 3.5 seconds. That performance embodies the McLaren name.

In 2009, when the car was road-tested by reviewers for Car magazine, they declared that the full-throttle experience was much like standing on the wings of a 747.