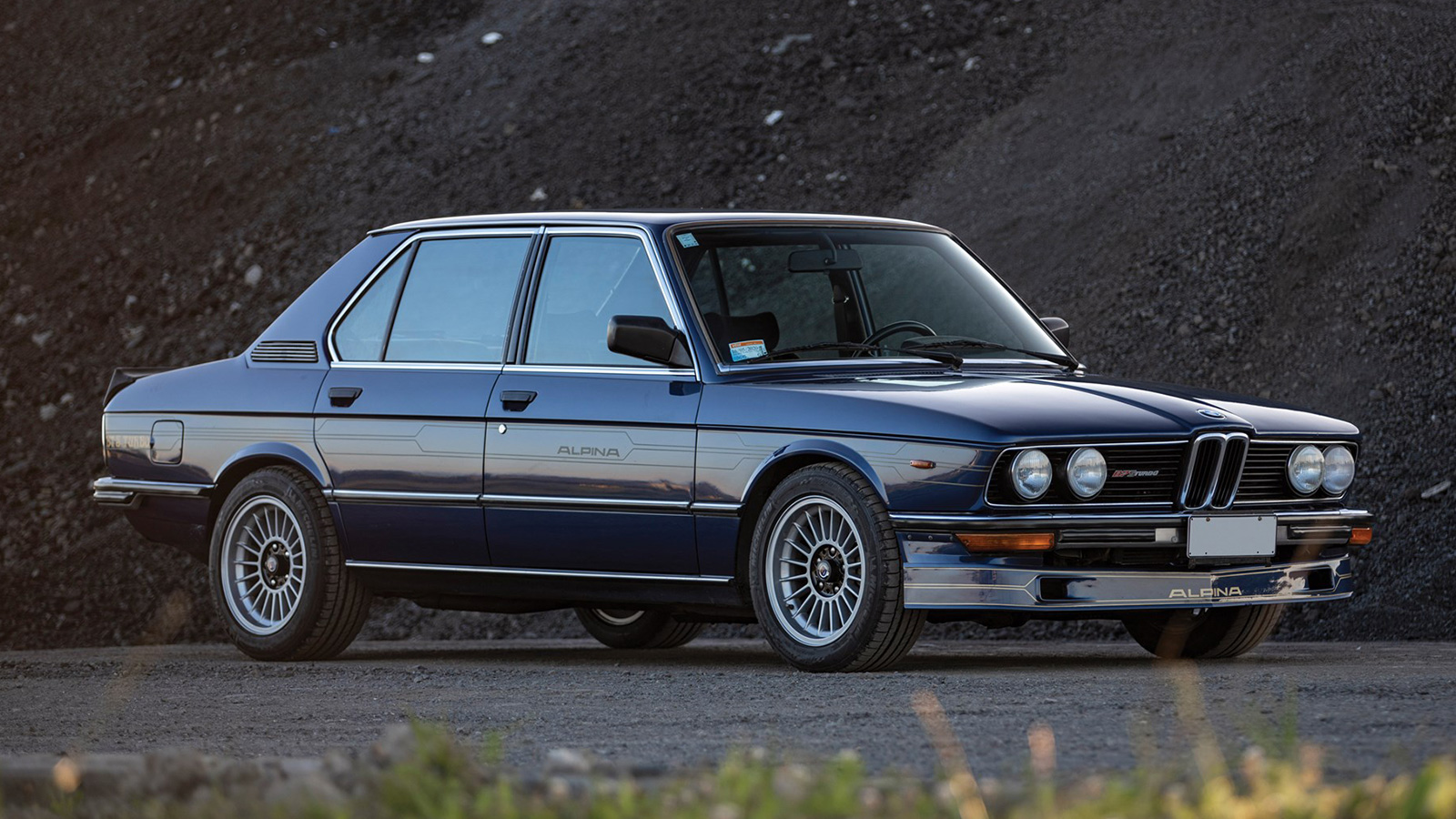 A German automobile manufacturer with close ties to BMW, Alpina has been designing and building high-performance optimizations of BMW cars since 1965. In 1982, the company produced 60 exceptional four-door, S Turbo versions of the classic BMW B7 with a 3.5-liter turbocharged straight-six engine that can crank out 330 input brake hp and 500 newton-meters of torque.

The 1982 four-door BMW Alpina B7 S Turbo approaching the Sotheby’s auction block in February of 2020 is the 17th of its kind to roll off the production line. It has only had only 3 owners and traveled just over 118,000 kilometers since its initial purchase. Its original interior remains not only intact but in pristine condition and its engine bay benefited from specialized restoration work as recently as 2007. The car comes with a copy of the original build sheet, service documentation, and written records that extend all the way back to 1991.