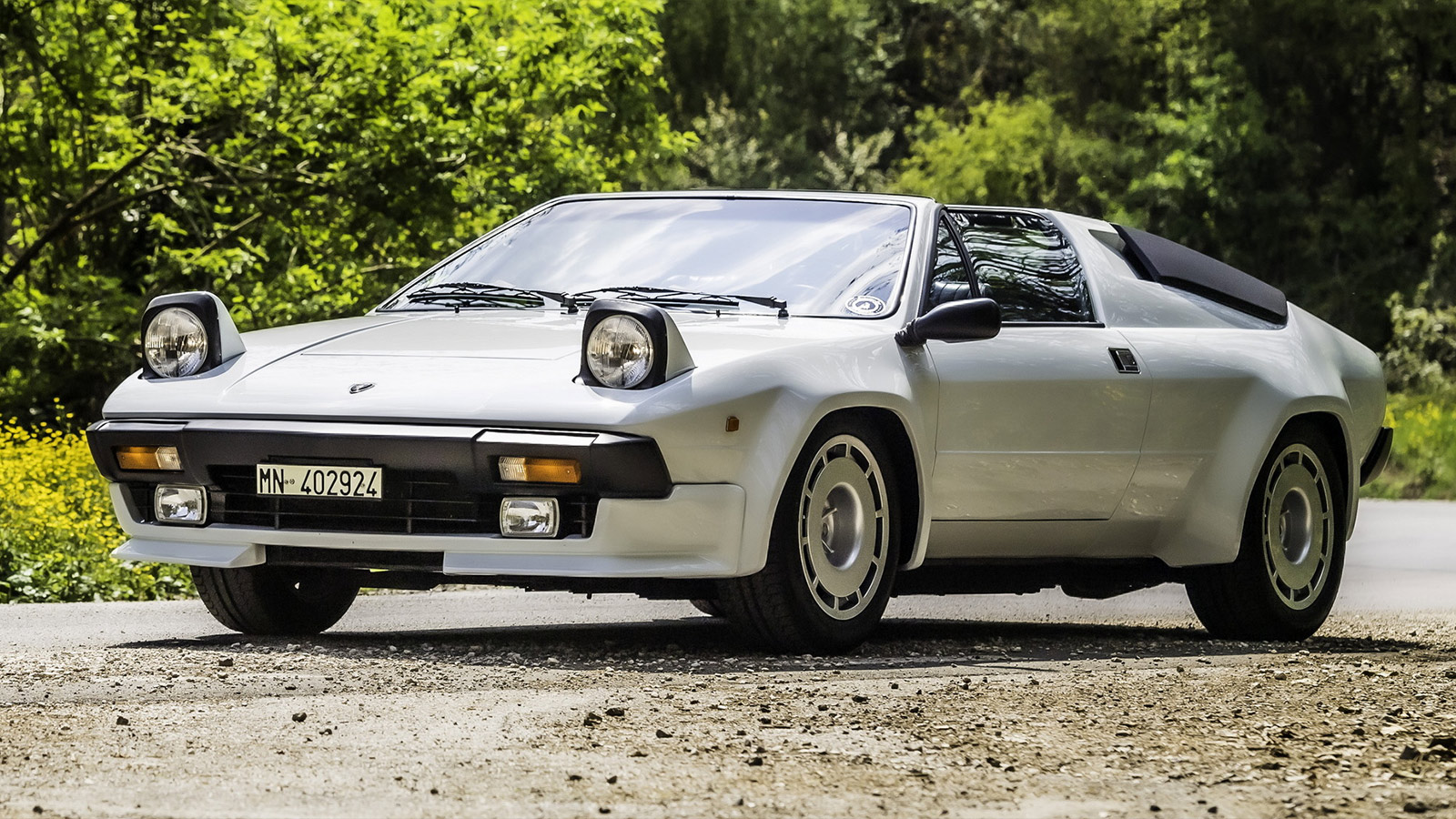 With talk about the end of the internal combustion engine in favor of instant electric torque, it’s nice to reflect on the great gas burners of automotive history—for example, the Lamborghini Jalpa P350, a supercar with GT personality. The Jalpa P350 is 40 years old now and is one of Lamborghini’s best-selling production models during its lifespan from 1981-1987, with 410 models sold. But, more importantly, the Jalpa P350 was the last V8-powered sports car Lamborghini had produced. Since then, all Lamborghinis have used V10 or V12 engines. Then, of course, there is the recent twin-turbo V8-powered Urus, but that is too big to be categorized as a sports car.

The Jalpa’s design was inspired by the Lamborghini Silhouette P300 built during the mid-to-late-1970s. The Lamborghini Jalpa was launched in 1982 wearing black bumpers and 16-inch alloy wheels on a steel body. The car is named after the Jalpa Kandanchia, a breed of fighting bulls. Unlike the radical Countach, the Jalpa was built to be a GT car with a luxurious interior. Its aluminum engine was a 3.5-liter 90-degree V8 producing 255-hp, and 231 lb.-ft of torque bolted to a five-speed manual transmission. Various media outlets tested the Jalpa and its average zero to 60 mph time was six seconds with a top speed of 155 mph.

Even though it has low production numbers, the Lamborghini Jalpa is relatively available compared to a vintage Italian sports car with values ranging from $50-100K, depending on condition and options. When people think of Lamborghini in the 1980s, the Countach comes to mind. However, we should remember the Jalpa P350 as the sophisticated fighting bull and probably the last V8-powered Lamborghini sports car ever.