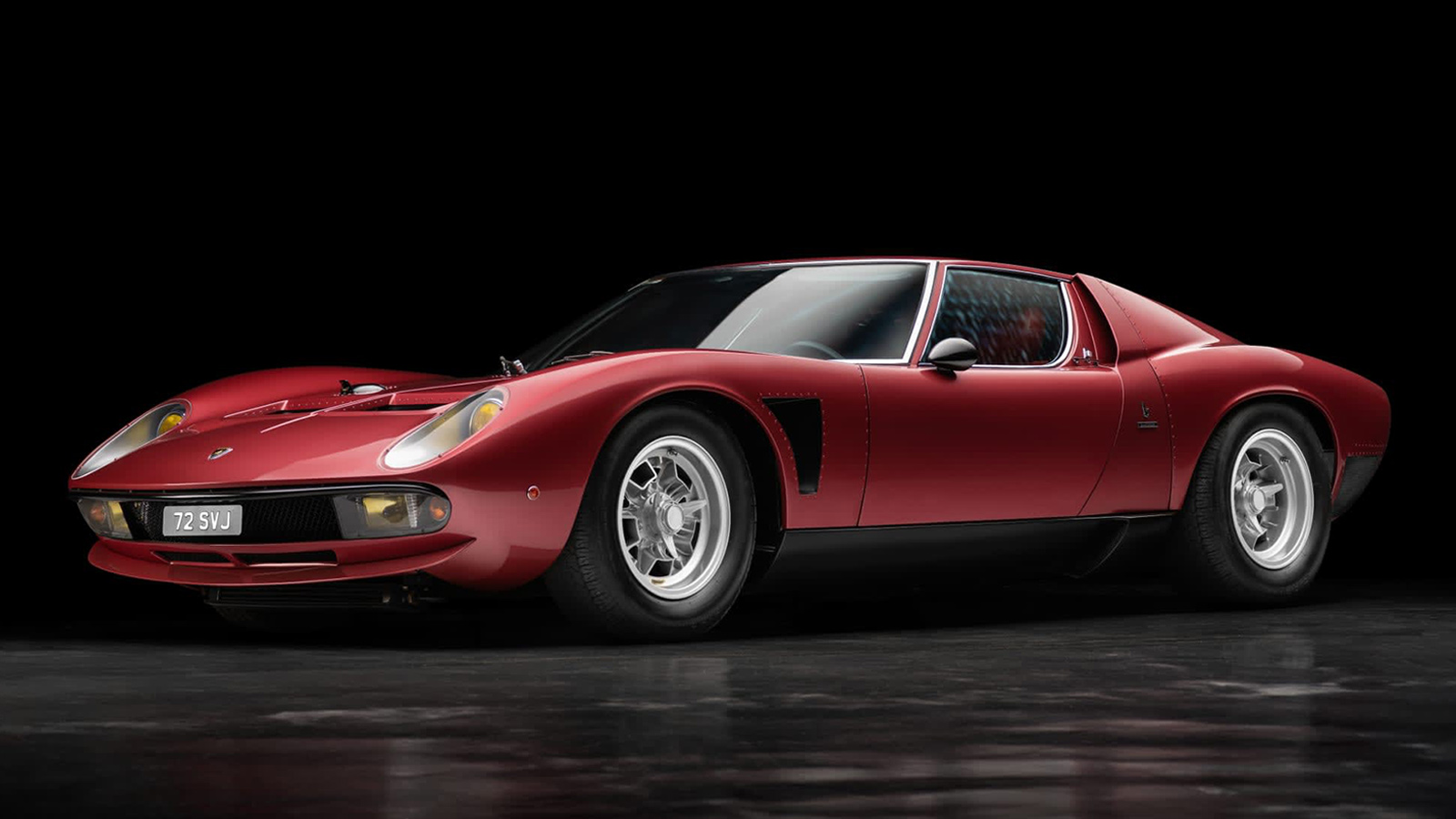 The Lamborghini Miura is arguably one of the most beautiful sports cars ever made. It is a femme fatale on wheels with eyelashes capable of seducing drivers into pushing the limit of their ability. Less than 800 Lamborghini Miuras were built during its production life from 1966 to 1973. Amongst this small herd of Italian bulls is three factory examples dubbed the SVJ Miuras. The Lamborghini Miura SVJ is amongst the rarest of the rare in the automotive world. Why? Because they technically don’t exist, and the last one built is currently up for sale.

The story of these cars starts with the Lamborghini Jota. This car was not an official prototype, nor was it assigned to be the start of a racing program. Think of the Jota as a vessel for Lamborghini engineers to try new ideas – a test mule fitted with racing parts. The body was lightweight using an aluminum alloy riveted together. Its interior was stripped out and the Miura’s eyelashes were removed. The V12 engine was tuned with race-ready parts and given a free-flow custom exhaust. According to its creator, Bob Wallace, the Lamborghini Jota’s engine was rated at 418-hp and capable of speeds over 180 mph. Then, on April 28, 1971, before the Jota was delivered to its new owner, it was totaled in a high-speed car accident. The original car was gone, but its ideas lived on in three examples Lamborghini called the SVJ Miura.

These cars were never offered as an option or production vehicle. Instead, they were for only the wealthiest and most dedicated Lamborghini clientele. One of the three SVJ Miuras was delivered to the Shah of Iran. Since then, some Lamborghini Miura SV models have been retrofitted to look like an SVJ. However, experts agree that only three SVJs were built at the factory. The 1972 Lamborghini Miura SVJ offered by Kidston is the last one of the series. It was special ordered by a French property developer from Corsica. The Miura SVJ is in remarkable, original condition thanks to an extensive three-year-long restoration. This is a Lamborghini Miura built nearly off the books using the best parts of its time. An opportunity to own a real Lamborghini Miura SVJ is as rare as the car itself. It is one of the rarest Lamborghinis in existence.

On another note, check out the LEGO Technics Life-Size Lamborghini FKP 37.