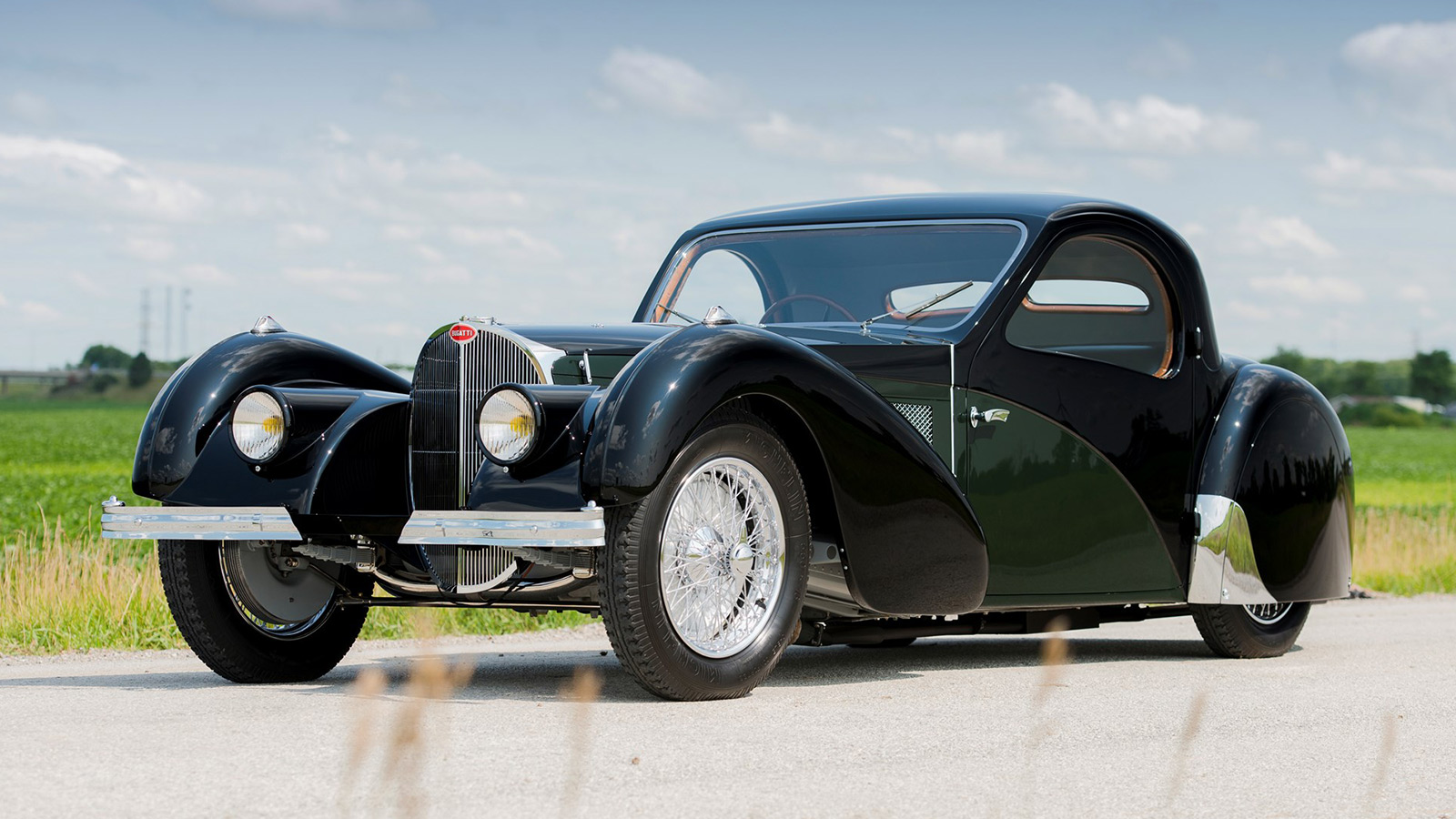 The 1937 Bugatti Type 57SC Atalante is the spitting image of classic automobile elegance. It was acquired by Jean Lévy of Strasbourg who drove it until the war in 1941, when he gave it to Maurice Weber for safekeeping until 1946 when it journeyed to a new owner in Paris. Fast forward to June 15, 1949, and the 1937 Bugatti Type 57SC Atalante could be found displaying stunning sporting modifications on the rear window and fenders. A touch of flash was added with chrome accents before the car made its way across the ocean to the U.S. and eventually onto the infamous Watkins Glen track.

In 1961, this Bugatti was purchased to round out the impressive Harrah Collection. Its classic good looks were updated with a restored chassis, running gear, and a new replacement engine block. The upgraded engine included the latest in supercharger technology. While these modern upgrades enhanced its performance, the 1937 Bugatti Type 57SC Atalante was also restored to its original configuration. Over the years it has been perfectly maintained, won countless best in show awards, and is now up for auction through Sotheby’s. Historians and avid auto enthusiasts alike will enjoy owning a piece of history in what has been dubbed Bugatti’s most attractive and best-performing road car.