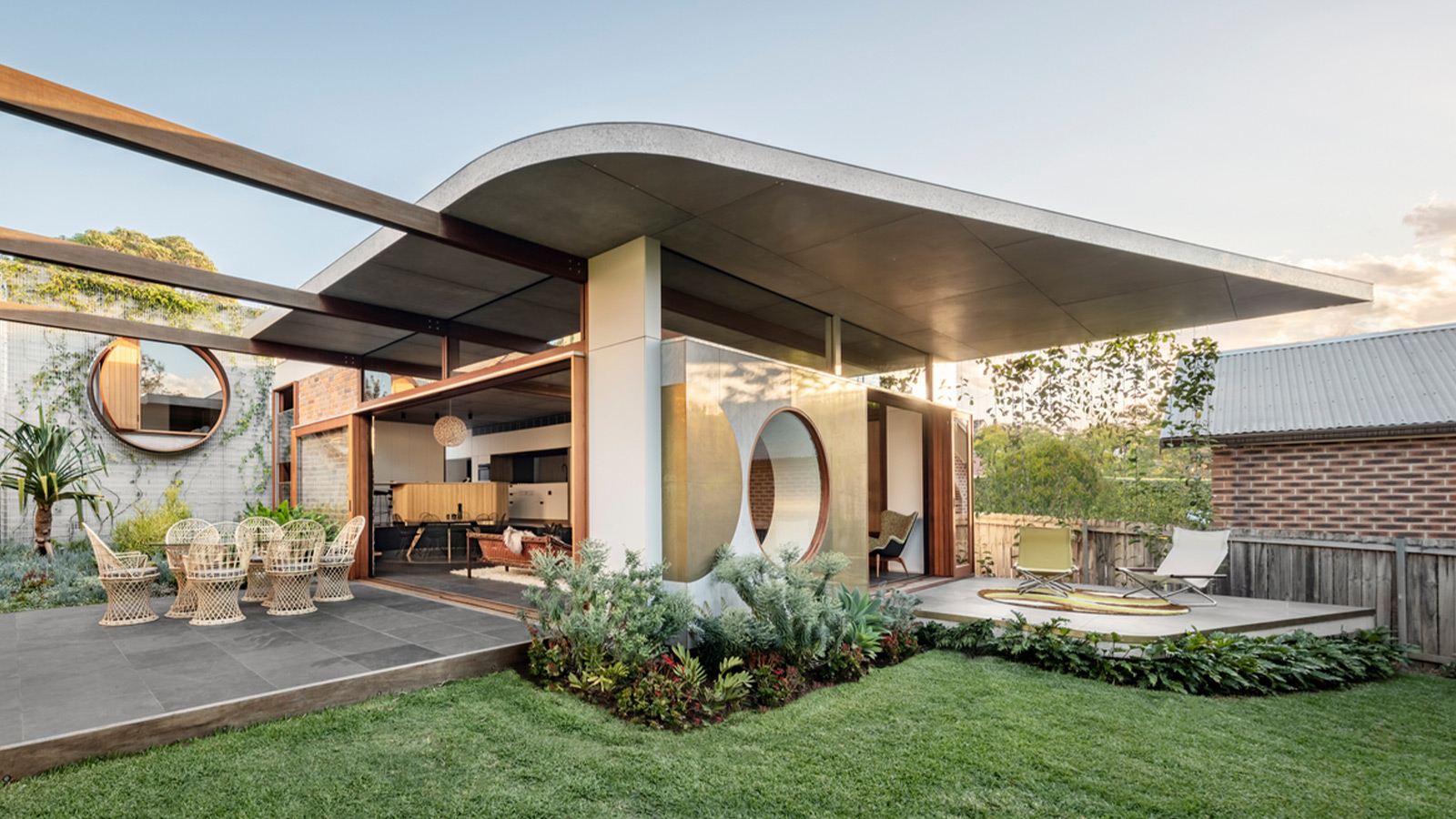 Totoro House, located in Sydney, Australia, began life as a Federation-Period home, an Australian architectural style that has its roots in the Queen Anne and Edwardian styles of the United Kingdom. The owners of Totoro House were originally unable to connect to the garden area of the home due to the downward sloping terrain. They decided to embark on a renovation and addition project and retained CplusC Architectural Workshop to spearhead the initiative. The result is a playful response to the disconnect between the original house and the backyard. Interestingly, the inspiration for the renovation came from Japan-based Studio Ghibli’s animated fantasy film, ‘My Neighbor Totoro,’ which focuses on the importance of relationships — with family, friends, and nature. Similarly, the concept of Totoro House is heavily inspired by the strong family bond of the owners and their relationship to nature.

In translating this bond into architectural form, the design deliberately removes the confines of walls and combines the living, dining, and kitchen areas into one interconnected space. Walls that originally separated the spaces were reimagined as a vertical threshold that keeps the occupants together despite working on different tasks. Parts of the addition are pulled outwards to form the outdoor living, cooking, and seating area, softening the boundary between the house and courtyard. A circular motif is extended from the dining area to the living space window overlooking the rear courtyard. Drawing from the Japanese concept of Shakkei, it gives the house a sense of serenity during quiet school days while connecting the home to the backyard for family activities in the evening.

The original house had two secondary bedrooms, an en-suite main bedroom, a guest room, and a bathroom. Although all the spaces have been renovated to match the standard of the new extension, its layout has not been significantly changed except for the main bedroom. This space is now characterized by framed views of the backyard as well as extensive openings that dissolve the border between interior and exterior. For privacy purposes, the architect installed an expressive Australian hardwood timber screen along the eastern façade of the home, creating a comfortable level of shelter and separation. They also had climbers planted on the western façade to offer a sense of privacy and security for the residents without the need for traditional fencing.

For more interesting architecture, check out the Voxel Quarantine Cabin.