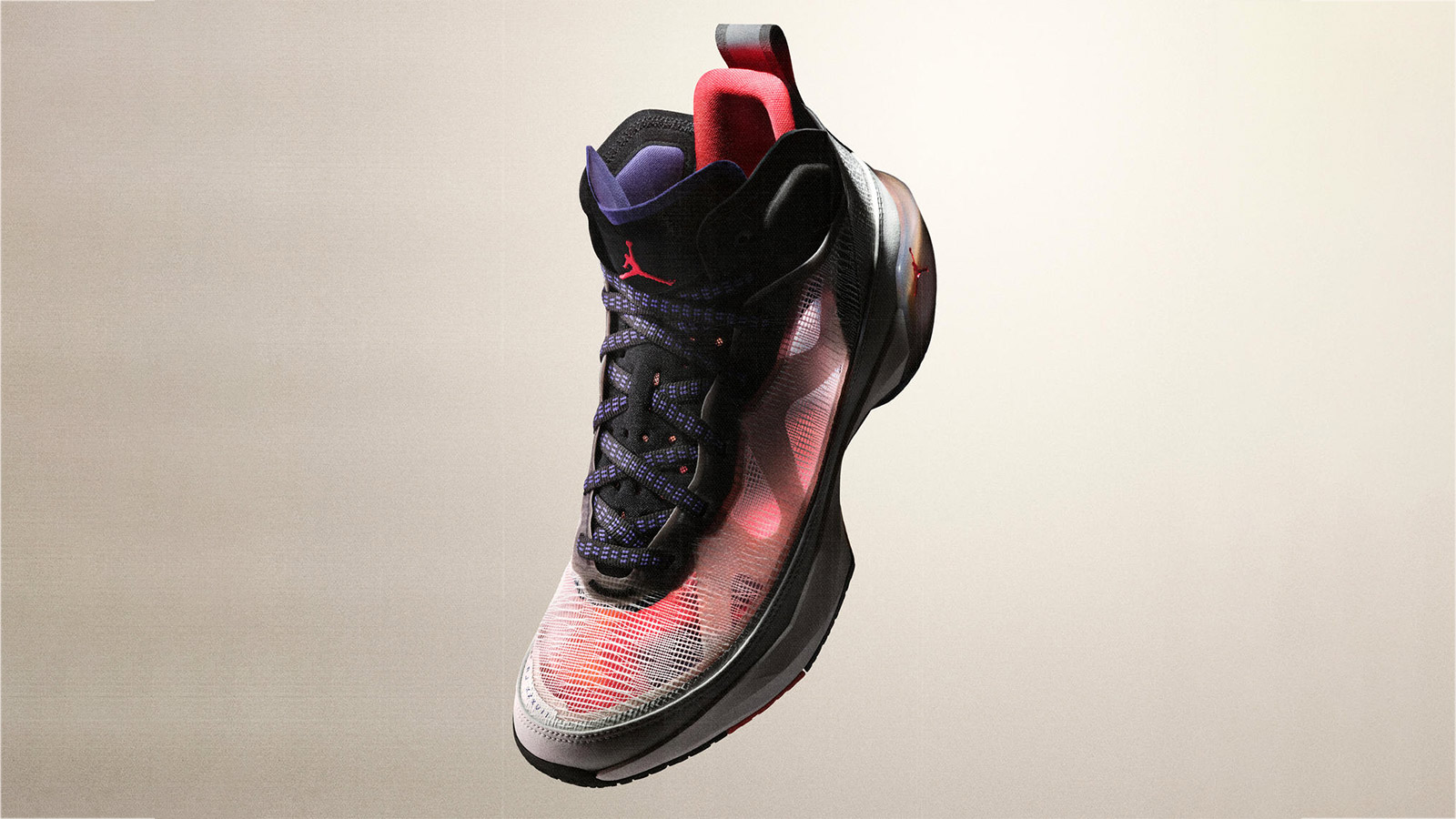 Many Air Jordans never see a basketball court. They make fashion statements or join collections of fellow Jordans dating back decades. The soon-to-be-released Air Jordan XXXVII is for playing an elite level of basketball, whether at the park or in the gym. The Air Jordan XXXVII is the most innovative shoe Jordan fans have seen in a while. It features an elite performance system, including full-length Zoom strobe cushioning and Zoom Air on the forefoot. Jordan’s Lenoweave upper features signature Arkema yarn that provides support while remaining remarkably lightweight. The heel’s TPU molding encases Formula 23 foam, the latest flagship foam from the Jordan Brand. The company brings back the carbon fiber featured at the midfoot of the Air Jordan XXXII for superior motion transfer and higher leaps.

Michael Jordan is the “Jumpman,” and this shoe is for players who strive to be like him. The Air Jordan XXVII is a highly responsive shoe that feels like it was formed specifically to the player’s foot. It is lightweight for lift-off and ready to cushion any landing. The Air Jordan XXXVII is set to release in two styles. While the Beyond Borders colorway is expected to release in September, the nostalgia-inducing Hare palette will hit shelves later in the fall.

For another recent Nike release, check out the Air Zoom Alphafly NEXT% 2.