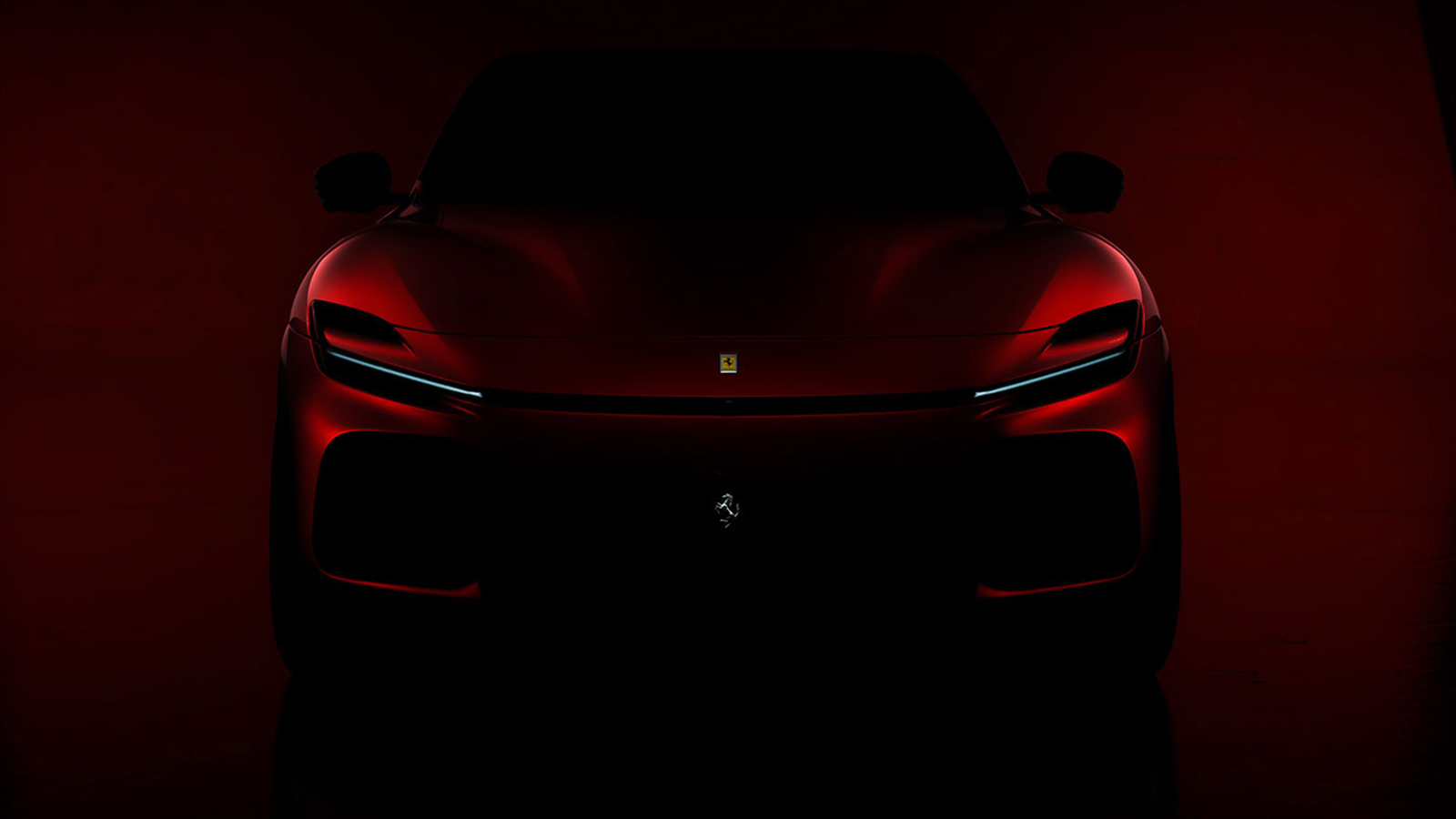 Ferrari recently released the 2023 Ferrari Purosangue SUV Official Teaser, giving eager consumers a glimpse at the front end of the vehicle but leaving everyone asking for more. Ferrari expects to change the luxury vehicle game with the 2023 Ferrari Purosangue SUV. The official teaser and previously leaked photos showed the Purosangue will be the tallest vehicle model manufactured by Ferrari with large intakes on the front bumper, a nearly nonexistent grill, and headlights inspired by the Ferrari SF90 Stradale supercar.

Previously leaked photos of the SUV show black five-spoke rims, an aerodynamic roofline, and an aggressive rear end with taillights inspired by the Ferrari 296 GTB. The Ferrari name is synonymous with “fast,” so it’s no surprise enthusiasts are wondering what will be under the hood. Industry experts expect a hybrid combining an electric motor and a twin-turbo 2.9-liter V6 engine. Talks of a 6.5-liter V12 variant are circulating too. The luxury sport utility vehicle, which Ferrari describes as “game-changing,” will go into production this year with deliveries starting in 2023.

For another high-performance SUV entering the market in 2023, check out the Aston Martin DBX707.