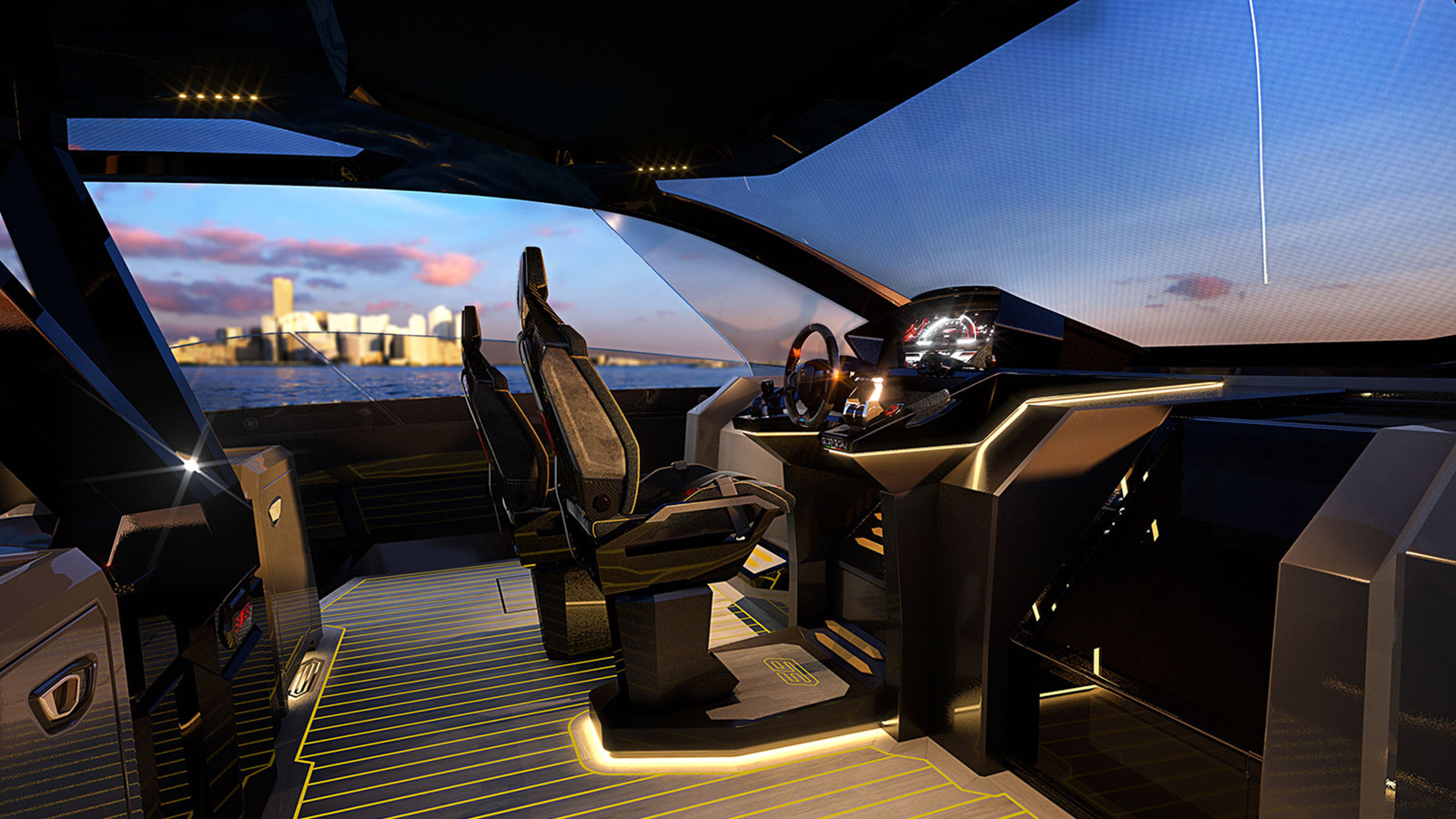 A Lamborghini speed yacht is for the person who has everything else in the world. The Tecnomar for Lamborghini 63 is a 4,000 horsepower, 63-foot long, power yacht that looks like a Lamborghini. This limited edition creation is the offspring of Lamborghini and The Italian Sea Group’s Tecnomar brand. At its heart, the Tecnomar 63 pays homage to 1963, the year of the raging bull – the birth of Lamborghini.

The 63 flexes its 4k power using twin 2000-hp MAN V12 diesel engines. All this power can push this yacht up to 69 miles an hour, or 60 knots. That may not sound very fast when referring to a Lamborghini, but that’s highway speeds over the ocean. The design of the 63 takes inspiration from the Lamborghini Sian FKP 37 and the Terzo Millennio concept car. The most apparent Lambo-look styling is its rear tail lights, mid-engine-under-glass roof shape, and wedged nose. The 63’s also the same steering-wheel and push-button ignition as on a modern Lamborghini.

Tecnomer plans on building 63 examples of this limited edition super-speed yacht. Buyers will be able to choose paint options like a Lamborghini vehicle and offer two interior layouts. If you have to ask how much this yacht costs, then you can’t afford, but to satisfy curiosity, the starting price is over three million dollars.