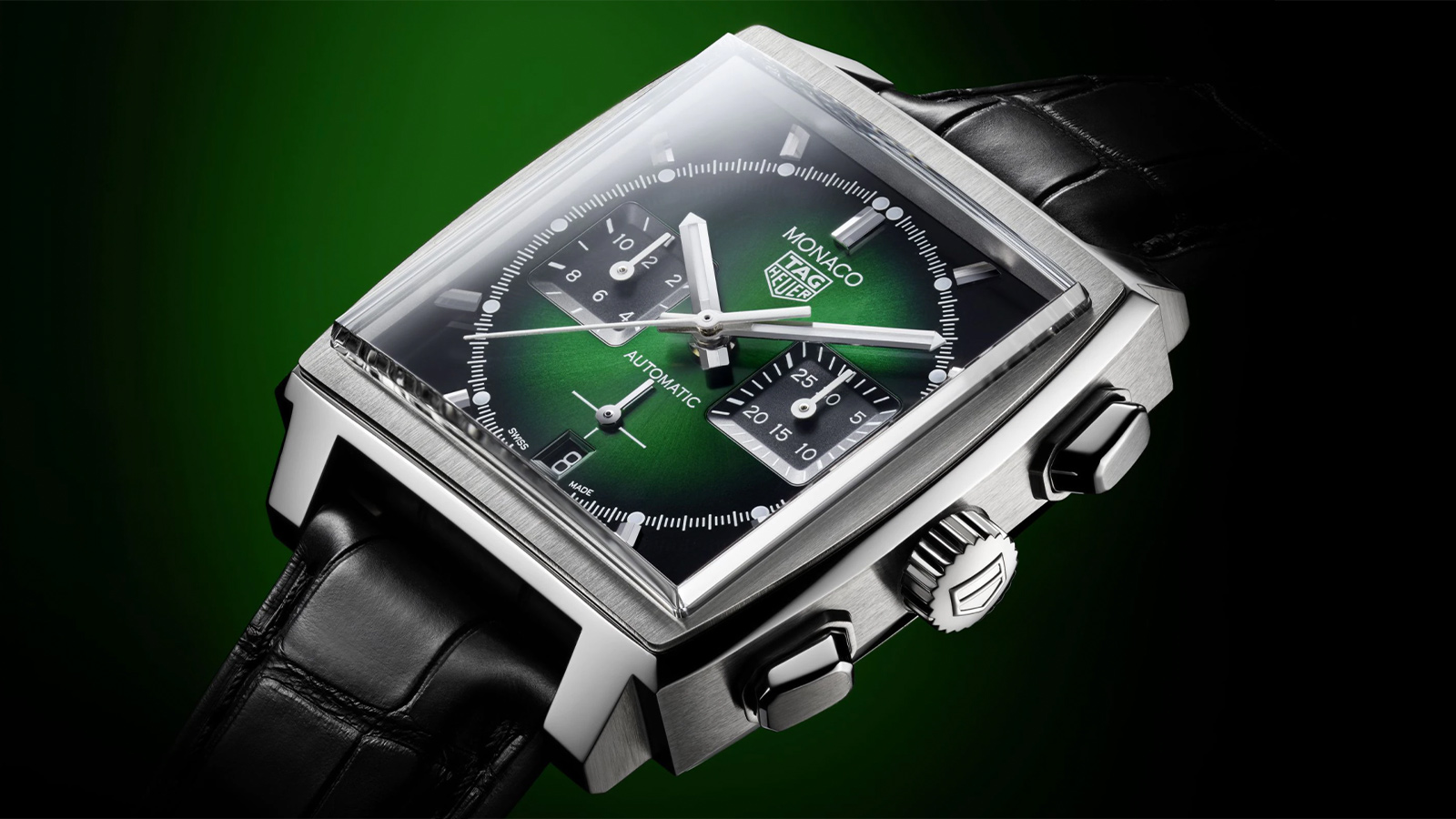 In celebration of the Grand Prix de Monaco Historique race, the Swiss watchmaking brand TAG Heuer is unveiling an exclusive version of their Monaco automatic chronograph, the Tag Heuer Monaco Green Dial. This exclusive timepiece is being released in a limited-edition variant as a way to celebrate not only the event itself but to pay homage to the fact that the brand is the official timekeeper and sponsor of the biannual event. When originally introduced by Jack Heuer in 1969, the Monaco put the Tag Heuer brand on the map, and it remains the chronograph most associated with the storied brand some five decades later. This version of the classic favorite, the TAG Heuer Monaco Green Dial is aptly named as it features a deep green hue on the dial with green in-house movements as well. The 39mm square-shaped case is a classic feature that further adds to the appeal of this latest release.

Although the view from the front of the dial is bold, the case back also contains some outstanding elements including features like the in-house Heuer manufactured movement and a vertical clutch and column wheel. Another update featured on the latest model’s release includes a black alligator strap that has been refined for greater comfort and style. It is secured via a folding clasp that bears the iconic TAG Heuer shield. Only 500 pieces of the Tag Heuer Monaco Green Dial timepiece will be released adding to this piece’s exclusivity. 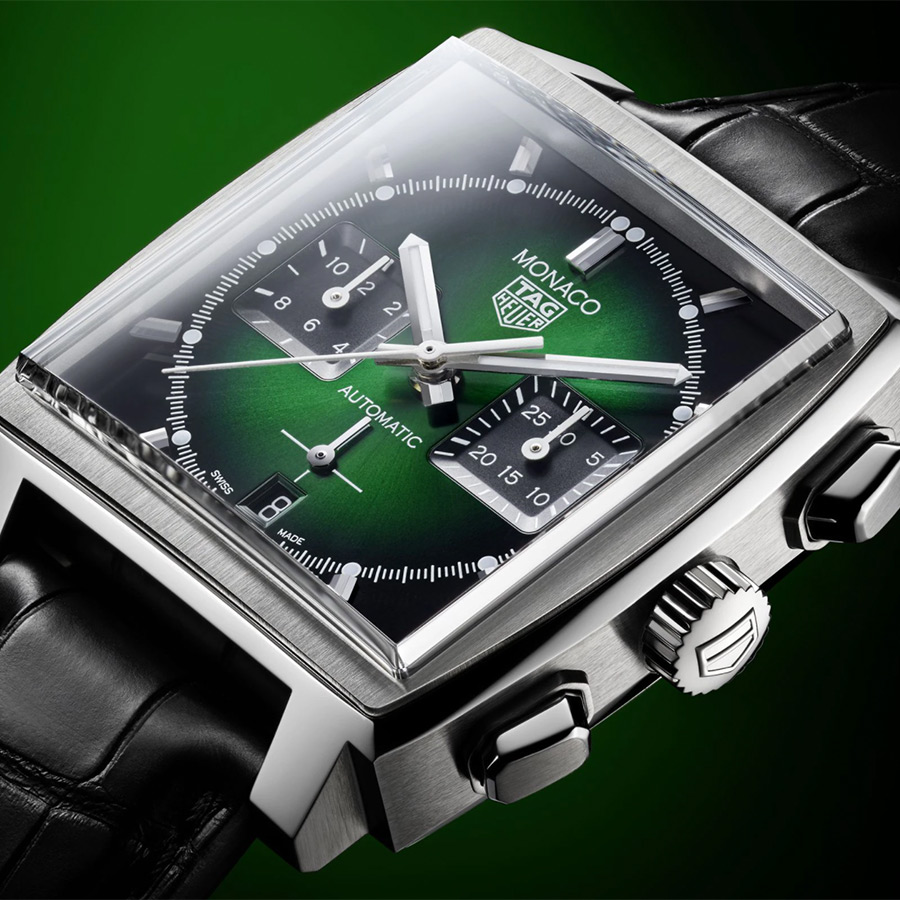