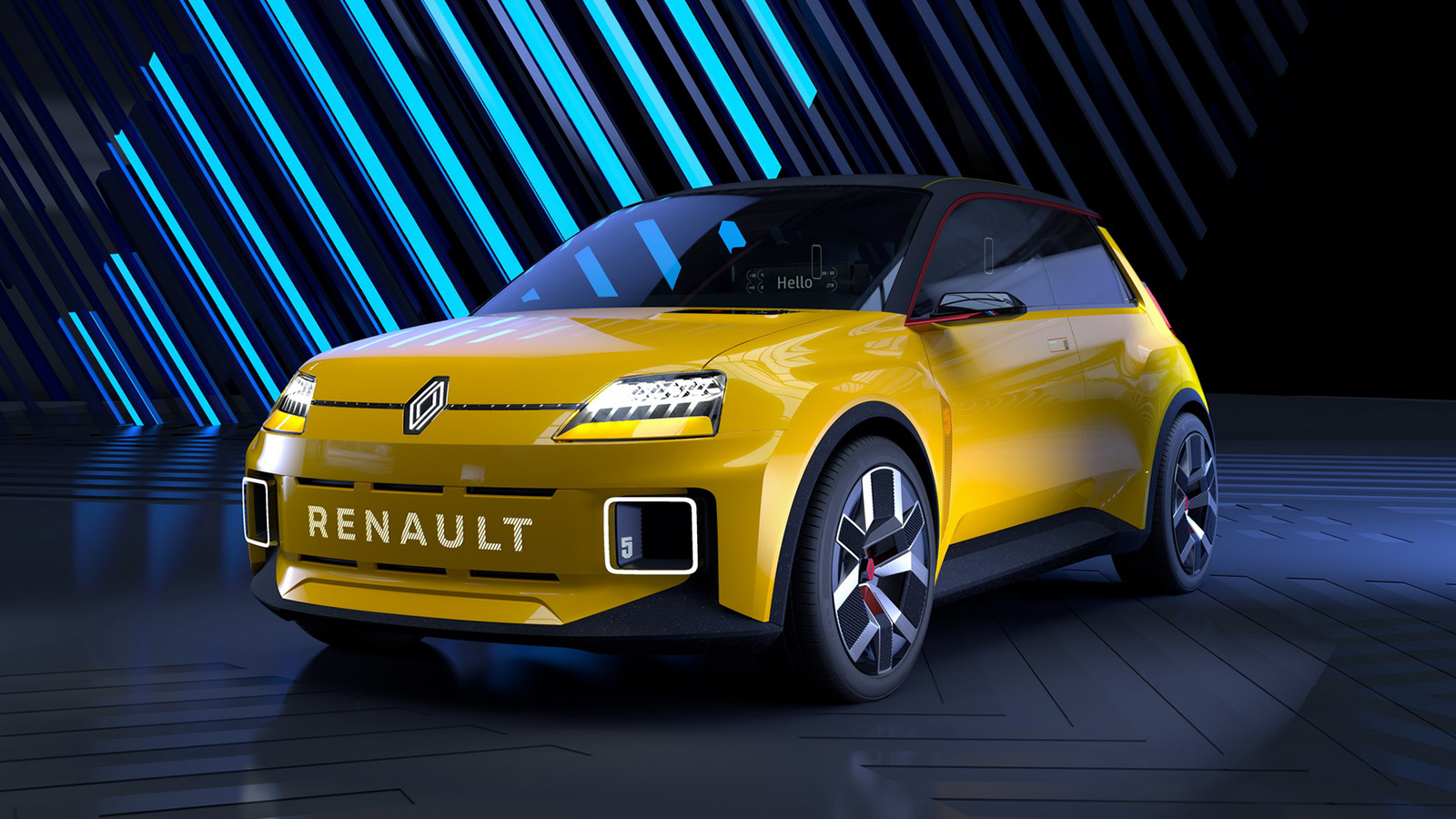 Renault’s plan to launch seven new electric vehicles by 2025 seems to be well on its way with the announcement of the Renault 5 Prototype. If the electric hatchback looks familiar, you’re not wrong. The Renault 5 Prototype’s design was heavily inspired by the iconic Renault 5, which was in production from 1972-1996. One of the car’s claims to fame in racing is the 1980s Renault 5 Turbo, a mid-engine turbocharged rally car. Those in the United States may recognize this car by a different name – Le Car.

The new generation of the Renault 5 is fully electric, featuring light-up logos, French flag accents on the side mirrors, and a textile roof panel. However, Renault did not release any information on its power source or performance in its prototype stage. No word on the Renault 5 prototype’s interior has been released either, apart from one clue of a transparent screen located on the dashboard capable of projecting messages to people outside. Why that will be useful has not been revealed at the time of this publication. The exterior appearance of the Renault 5 prototype is a modern reincarnation of a classic nameplate in the company’s history. With synthesizer music blaring through a set of Bluetooth speakers, it’s a perfect mesh of nostalgia and technology.

You may also like The 2021 Bentley Blower ‘Car Zero’ Prototype.