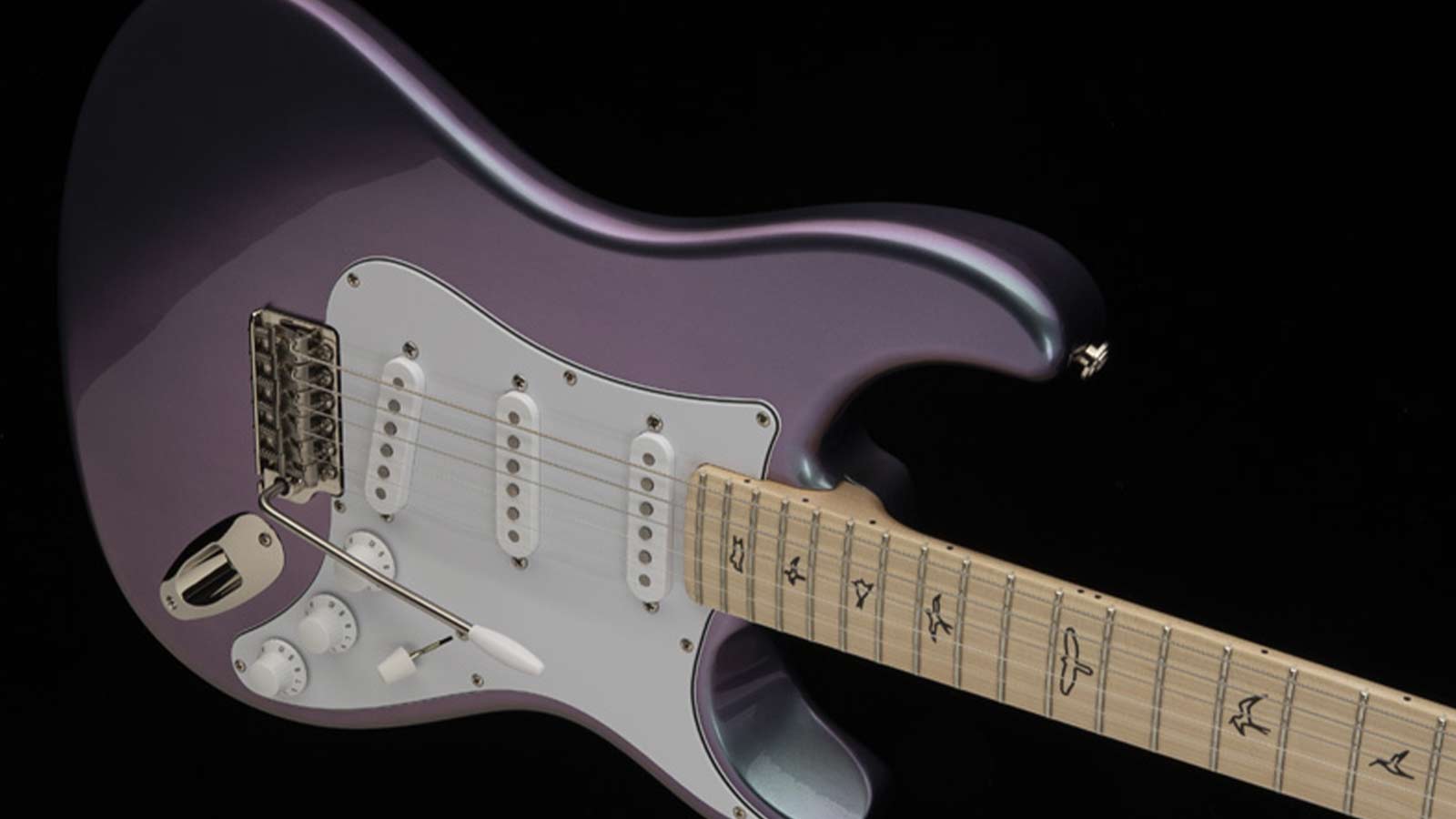 With the perfect combination of vintage inspiration and more recent modernization, the PRS Guitars x John Mayer Silver Sky Limited Edition brings the best of both the past and the present to create one impressive guitar. This instrument not only looks great, but it sounds even better. The PRS Silver Sky is a collaboration between Paul Reed Smith and John Mayer, two legends in the music industry. The duo looked to 1963 and 1964 instruments for the basis of the guitar’s design, but they only kept their absolute favorite vintage features. Wherever technological advancements have improved guitar aesthetics and performance, the duo incorporated those more modern features.

A brief glimpse at the PRS Silver Sky reveals its unique combination of vintage and modern. The guitar’s soft hues of green, pink, purple, and blue are reminiscent of the 1960s and all that the decade stood for, but you never know exactly which of these colors will show on the guitar. The polychromatic finish mimics the paint of some modern cars, “flip-flopping” depending on how the light strikes the surface and one’s vantage point. The effect is impressive at any time, but it makes for visually captivating shows. Other combinations of features include a tuning system, headstock shape, and tremolo that all have similar vintage and modern aspects. The only thing that is missing is someone who can play the hit songs of decades ago and today. Pick the PRS Silver Sky up, and start learning the chords to a few of your favorites from each decade.

You may also want to check out Gibson’s Jimi Hendrix’s 1969 Flying V Guitar.