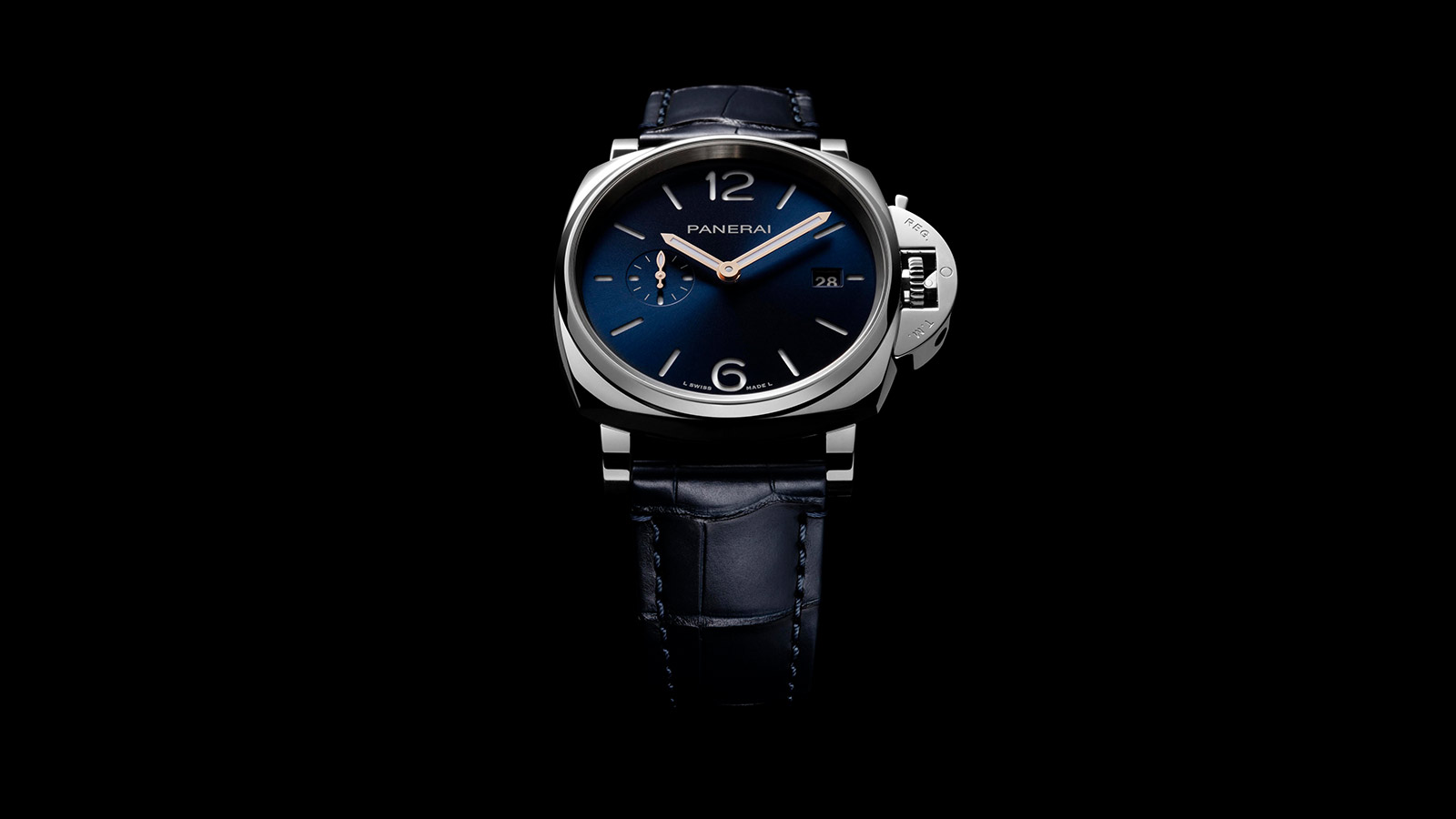 In 2016, Panerai unveiled a new family of models, the Luminor Due Collection. Housed in a 38mm case, the Due was significantly smaller than both the existing Radiomir and Luminor models. However, to the casual observer, the Due looked nearly identical to the brand’s regular Luminor timepieces. From the cushion shape case and safety lock crown protection device to the sandwich dial and the small seconds display at 9 o’clock, all were elements shared in common with regular Luminor models. Now, Panerai has unveiled two new Due models, the Panerai Luminor Due PAM01274, featuring a 42mm case and the Panerai Piccolo Due PAM01273, measuring 38mm in diameter.

With the exception of the difference in size, both watches are essentially identical. They are both equipped with a handsome blue sun-brushed dial that sends light dancing across the surface with every movement. A date window at three o’clock shares the same radiant blue color. The dial features the signature Panerai sandwich structure with numerals and indices in white Super-LumiNova that glow green in the dark. Gold color hands, also filled with white Super-LumiNova, contribute to the elevated sensibility of the watches. Panerai has marketed the watches as ‘his and hers’, however, the brand urges customers to set aside any gender stereotypes and view each option with an open mind. The Piccolo Due is delivered with a polished alligator strap, while the larger 42mm Luminor Due features a semi-matte alligator strap. Both sport Panerai’s quick-release system that makes it exceedingly easy to change the straps in an instant.

For more about Panerai, check out IMBOLDN’s Brand Guide: Panerai. 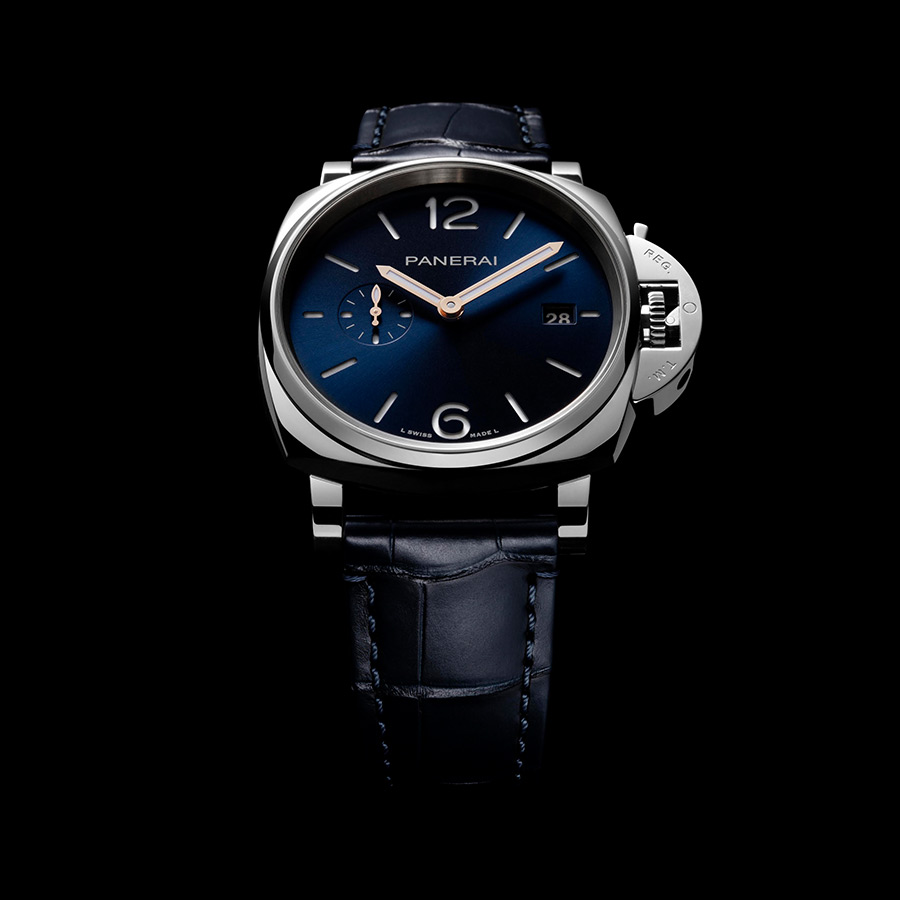