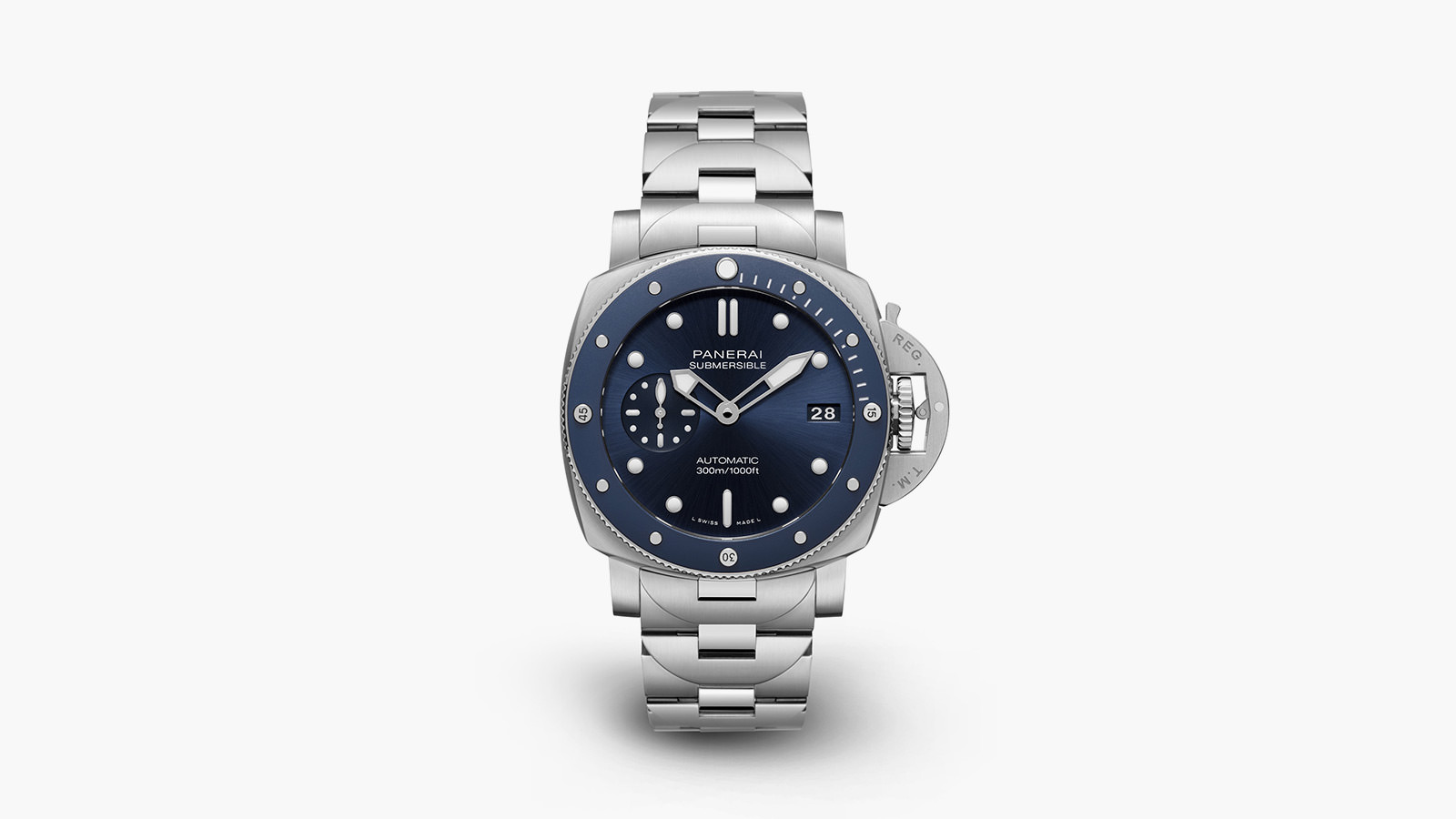 Panerai, the Italian-founded, Swiss-run luxury watchmaker, is known both for its technical achievements in dive watches and its more refined line of formal watches. For many decades, Panerai supplied the Italian Navy in general, and its specialist diving corps in particular, with precision instruments. Panerai developed Radiomir, the first substance to give luminosity to watch dials. The company’s new launch takes the Blu Notte model and makes it part of its Submersible collection. Panerai marks another milestone with the release of the Panerai Submersible Blu Notte, the very first 42mm Submersible on a metal bracelet.

The Panerai Submersible Blu Notte possesses one of the slimmest movements in the Panerai portfolio, the P.900 caliber. The automatic movement features a three-day power reserve with the watch sporting a sun-brushed blue dial and hands, with dots and indices augmented with Super-Luminova. A unidirectional counter-clockwise steel bezel is composed of a deep blue ceramic in the same color as the dial. In addition to its steel bracelet, the Panerai Submersible Blu Notte PAM01068 comes with a black strap in Sportech, woven to give a waterproof rubberized effect and secured to the wrist by a Velcro fastener. Water-resistant to 300 meters, the Submersible Blu Notte is a great option for anyone in the market for a high-end dive watch, one that would work as well in the water as it would while attending a formal dinner.

For more on Panerai and its watches, check out IMBOLDN’s Brand Guide: Panerai.