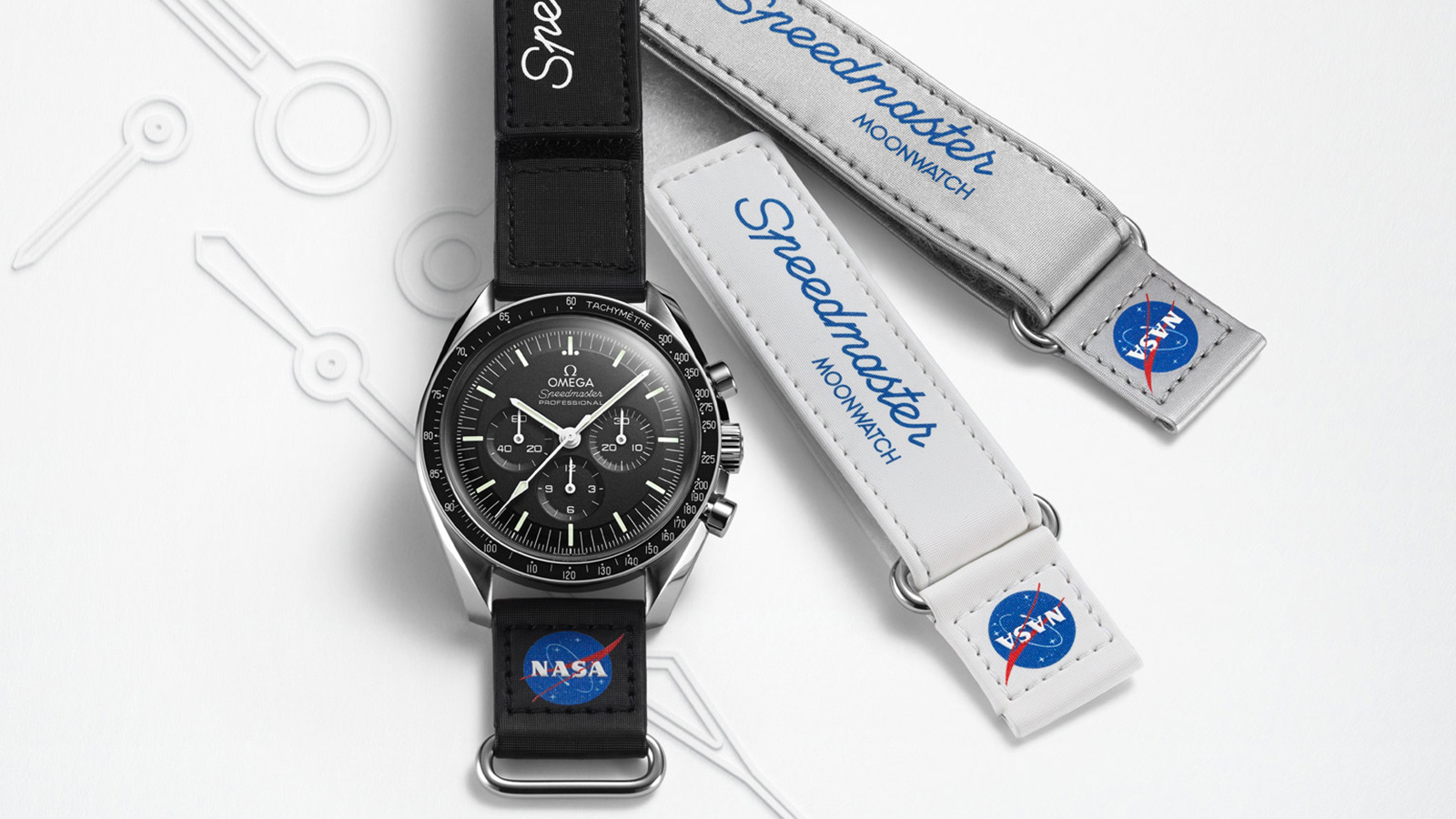 Omega is launching three options of their NASA VELCRO® straps that are each designed to go with the Omega Speedmaster Moonwatch. They will come in either white, silver, or black and each strap’s color is derived from various elements of NASA space programs. For example, the black Omega Speedmaster Moonwatch VELCRO® Strap represents the darkness of space and works well with the black dial. The silver color is based on the silver spacesuits that were worn during some pre-Apollo missions. Lastly, the white color pays homage to the Alaska Project which was a secret program between NASA and Omega created to design the perfect space watch.

The Omega Speedmaster has a storied past and has the distinction of being certified as the official timing instrument of NASA. It was even worn by Neil Armstrong and Buzz Aldrin on the Apollo 11 Mission, the famous moon landing in 1969. The original timepiece came only with a metal band, which of course, wasn’t ideally suited to space exploration. The subsequently designed VELCRO® strap was the ideal solution and was versatile enough to fit over the bulky sleeves of the spacesuits.

If you liked this, check out MB&F’s LMX.